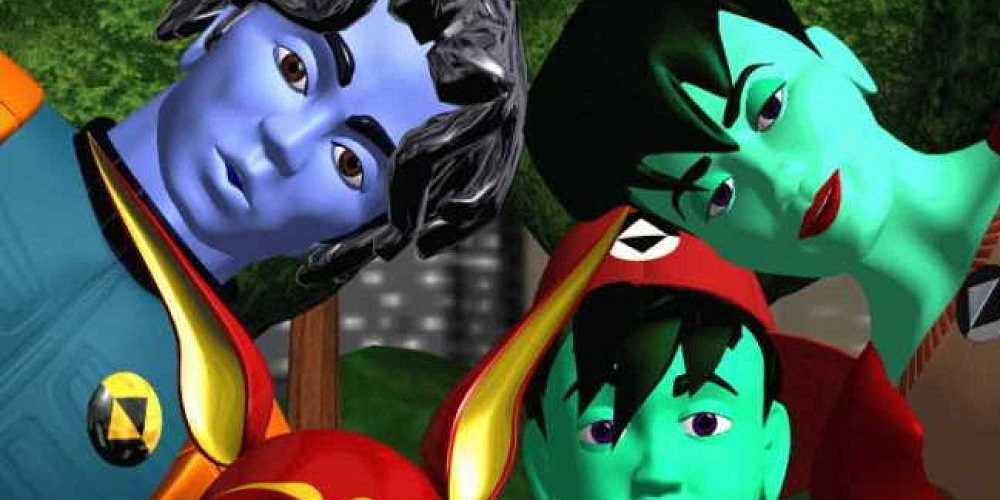 The great thing about Netflix is that it’s not afraid to experiment with old and new concepts. Besides, the company needs all the ideas and original content it can get especially with its providers threatening to pull out content or increasing licensing fees.

I’ve been watching the Voltron reboot for a while now, and the show has been pretty stellar. No longer is it the one-dimensional super robot show it used to be in the 80s. Well, it was simple-minded and sometimes horrific fun that quite dated by now. And then there’s the upcoming She-Ra reboot. Does that mean He-Man is in the works? But there are other cool shows that Netflix can take into its stable which they can reboot. These include:

Captain Power and the Soldiers of the Future

Before the internet boom and social media frenzy, there was of course the personal and home computer revolution. Computers are just starting to become popular in American homes when the revolutionary TV show Captain Power and the Soldiers of the Future aired. Everything back then was about computers and video games. Captain Power was about a dystopian future where computers and machines have taken over the Earth much like in the Terminator franchise.

It was actually revolutionary in many ways. Before Power Rangers, Captain Power and the Soldiers of the Future was the first (correct me if I’m wrong) live-action transforming team. The show was expensive to produce because of widespread usage of computer generated effects for its Bio-dreads and those seizure inducing flashing chests of the enemy’s robotic soldiers. And lastly, its toys interacted with the TV screen. Why would it make a great reboot? Because if written properly, the show discusses the seemingly chaotic concept of freedom versus the extreme socialist concept of total order should the world be ruled by an artificial intelligence. Besides, with today’s technology, Sauron, Blastaar and Lord Dread should look badass. The toys were cool too. Netflix could capitalize on that.

What would happen if you took Wreck-It-Ralph a byte more seriously? We get Reboot. If during Captain Power, computers were just starting to take American over homes, Reboot was aired when computers have become part of everyday lives thanks to multimedia technology and a fledgling internet. SO we get a CGI show about computers and the stuff that’s happening in them. For those not in the know, Reboot is set in a computer known as Mainframe. The characters are personified apps, viruses, game sprites and even individual binary signals. The main character is a guardian program named Bob, which in the modern sense, is a personified anti-malware program that protects Mainframe against viruses and damaging games that the ‘user’ loads into Mainframe.

The story by now is quite dated but can be updated and remastered for the modern audience making use of modern computer concepts including the internet just as well as Wreck-It-Ralph 2 has the potential to do. Let’s just hope it doesn’t turn into an Emoji movie. It actually was updated in the re-conceptualized iReboot: The Guardian Code that started airing last March 2018 (also on Netflix), but the response was overwhelmingly negative as it strayed very far from the original. Reboot could use a proper reboot. Just like Michael Bay’s Transformers. There’s no need for stinking humans. Reboot: The Guardian Code is actually more similar to the Superhuman Samurai Cyber Squad which could use its own reboot, or even a film because Power Rangers this, Power Rangers that. It’s time for someone else.

Now, this show actually doesn’t need a reboot. More like a remastered version and a continuation of its last arc. The success of Paul Verhoeven’s film spawned this excellent series which expanded on the film that took us to other planets other than Klendathu. The CG was amazing for the time, and the stories and character development were top notch. It’s a shame the series ended in a cliffhanger and wasn’t given a proper ending. Netflix can either re-master or re-do the CG and properly end the show or expand on it. The cheapest they can probably do is just bring the show back and commission a hi-res two-hour special to finish the Homefront campaign.

Jayce and the Wheeled Warriors

Jayce and the Wheeled Warriors has probably the best musical intro in cartoon history. Its concept, story, and characters are cool too but not handled as well as they should be. The toys didn’t do so well either, but they looked awesome. Just like Voltron: Legendary Defender, Netflix could probably do a better job in the story and animation department. But please, keep the intro.

Jayce and the Wheeled Warriors is about a young man travelling the Galaxy with his friends, in search for his father on a quest to bring together pieces of a magic root, to end the tyranny of evil sentient plants called Monster Minds who transform into menacing vehicles. No, I’m not crazy. Someone else could probably do a better synopsis, but that’s the concept.

Inhumanoids is one of the more unique animated offerings during the late 80s. It’s something you’d never think studios could get away with. Inhumanoids is a short-lived series that came from the same people that gave us GI Joe and Transformers, but gave us concepts and scenes that continue to make it memorable for 80s kids. Who could forget a beautiful animated woman transforming into a grotesque fifty-foot undead zombie? We’re getting ahead of ourselves.

Inhumanoids is about a small group of gigantic primal creatures that formerly ruled the Earth and have made a comeback. It’s up to four muscle-bound scientists to stop them. The show lasted for only one season but was enough to give young kids nightmares. The show was created to sell toys like most 80s fare but with many features today being story driven, the concepts in Inhumanoids are tales worth telling.