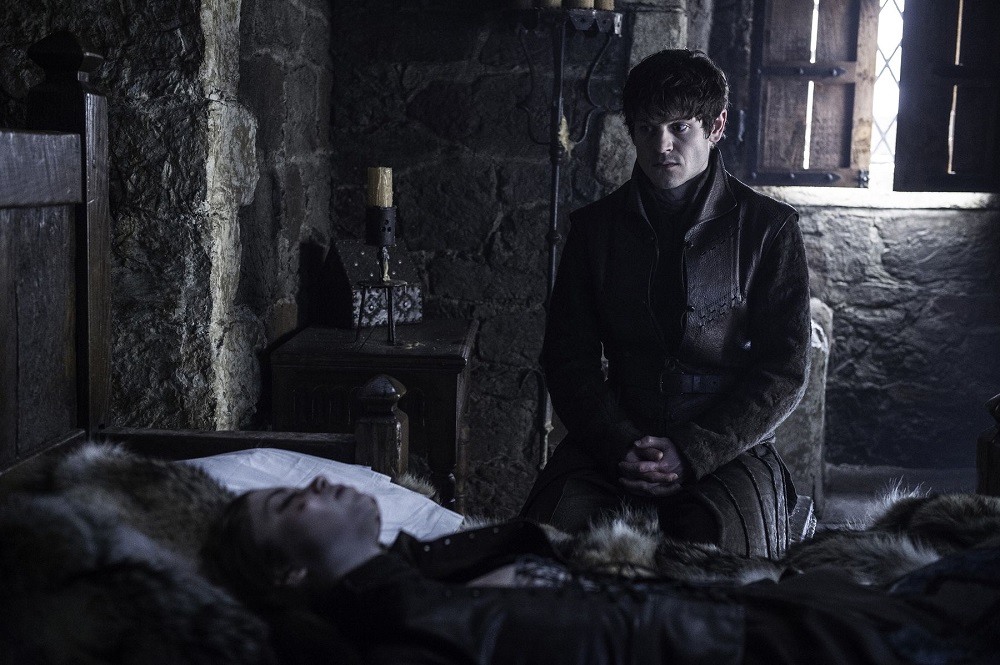 Fans are certainly feeling a Dothraki wedding-level of excitement surrounding HBO’s “Game of Thrones“Season 6 premiere on Sunday. (If you’re still scrambling to finish all five seasons before tonight, feel free to go back to watching because you’re about to walk into a “Red Wedding” of spoilers.)

The Season 5 finale sent viewers on an emotional roller coaster, with villains like Cersei Lannister finally getting punished for their wrongdoings and heroes like Tyrion Lannister facing new challenges. But it also left fans with unanswered questions: Is golden boy Jon Snow actually dead this time? Will Theon Greyjoy and Sansa Stark escape the clutches of the bloodlusting Ramsay Bolton? What the heck is going on with Bran and the creepy tree-kids?

With all the hype, one can only expect that more people than ever will be glued to their television screens on the 24th. Our friends over at Pretty Famous, used data from TV by the Numbers to visualize the increasing viewership of “Game of Thrones.”

The TV series has gained over 8 million viewers since it first aired in 2011. By season 3, it had knocked the Emmy-winning, cult-classic show “The Sopranos” off of its pedestal and became the most-watched television show on HBO. Though critics have praised almost every season, they rated Season 1 the lowest and warmed up from there, as shown below.

Season 4 was rated most favorably by critics, receiving a score of 94. From Tyrion’s double murder of his lover and father to the epic brawl between Brienne of Tarth and The Hound, the installment had a wealth of unexpected twists and turns. The most recent season still was held in high regard by critics, though user ratings declined slightly.

But being a “Game of Thrones” fan means that one needs to be ready for moments of both triumph and heartbreak. As the seasons went on, writers David Benioff and D.B. Weiss killed off more and more characters — some that viewers were glad to be rid of (see you later, Joffrey) and beloved others that were gone too soon (your own daughter, Stannis? Really?). Note that the number main character deaths (around 24) has held steady throughout the series, although the total body count has increased.

The show eased viewers in with a cool 59 deaths in Season 1, and then escalated throughout the seasons until the great Battle of the Fist of the First Men at the end of season 5, between the men of the Night’s Watch, the Wildings and the White Walkers.

Finally, along with more plot-twisting deaths, Game of Thrones fans can likely expect more of HBO’s no-holds-barred nudity in the coming season. From ultra see-through Westerosi outfits to the classic “coming out of a bathtub” moment, throughout the series, the characters continue to enjoy getting into their birthday suits as much as they love wine.

Season 4 was the most chaste of the installments, with 10 percent of screen time featuring nudity. The previous season had 14.2 percent on-screen nudity.

So pour your biggest goblet of wine and get your dragonglass ready — this coming season is sure to be as bumpy as a dragon ride.