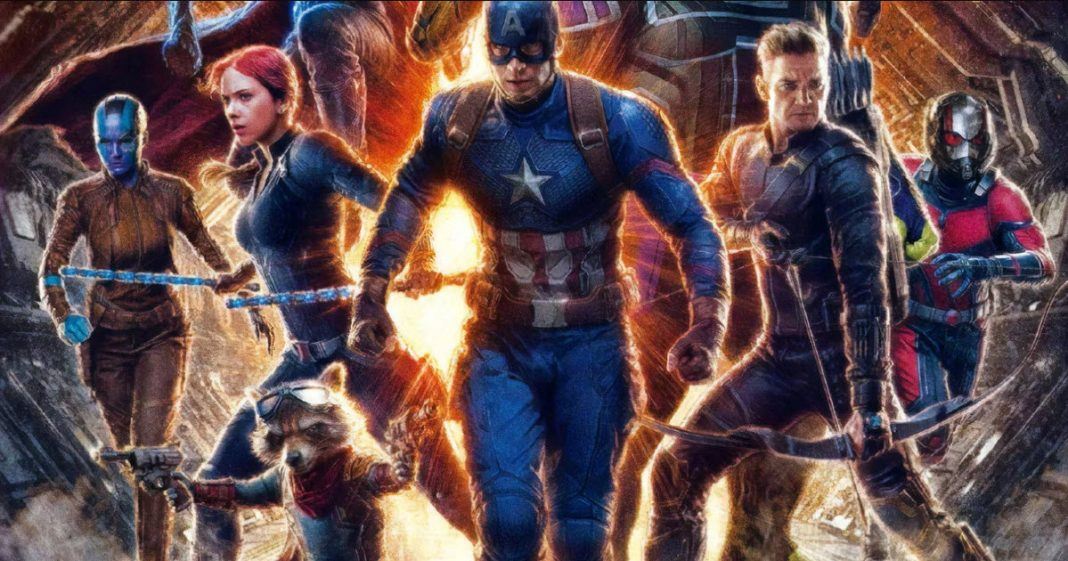 With the decade long saga of “Avengers: Endgame” coming to an end, directors Anthony and Joseph Russo are asking fans one big final favor. Please don’t spoil the highly anticipated film’s sure to be mouth dropping ending. In today’s world, that is a big ask as there’s always one person who loves to spoil it for everyone else.

That leads us to another thing with today’s world where true leaders are far and few between. Marvel‘s superheroes could teach many of today’s so-called people in charge a thing or two about what makes a real leader. It’s the iconic characters that make these movies the $1 billion prizes that they are. Heroes like Iron Man, Captain America, and Black Widow have enriched the comic book genre, providing consumers with not only action and humor, but fine examples with how to be efficient leaders.

According to some experts in this area, here are the top leadership traits that can be learned from the original six Avengers.

Iron Man, played by Robert Downey Jr., is a billionaire capitalist who went from being a weapon’s dealer to a world leading clean energy innovator in Marvel’s cinematic universe. Gregory O’Gallagher, founder of Kinobody and a renown fitness Youtuber, cited Tony Stark’s “crazy confidence” as his most valuable characteristic.

“Iron Man has crazy confidence and he leads his people with it. It’s almost over the top, but it’s grounded in reality,” O’Gallagher said. “He’s highly intelligent and very calm even when he is in the face of danger. So people look to him for answers because he seems to have it all together.”

Chris Evans’ “Captain America” may be the heart and soul of the team, but it is his determination that defines him, according to Stephen G. Sainato, personal coach and founder of Extraordinary Coaching & Leadership.

“Leaders never give up. Leaders never give in. Leaders are 100% committed to their mission. For as long as they’re breathing, leaders keep moving forward no matter what,” Sainato said. “Whatever dream you have, whatever calling you hear, whatever mission you’re on … it’s possible. The journey won’t be easy and you’ll most assuredly get knocked out a few times. Get back up. Never give up. Keep moving forward. It’s possible and it’s worth it!”

Chris Hemsworth’s “Thor” has been reinvented in recent films. 2017′s “Thor: Ragnarok” humorized the character and last year’s “Avengers: Infinity War” picked up where Thor’s last outing took off. When it comes to what leadership traits the “God of Thunder” possesses, Sainato thinks there are two: self-care and celebration. Thor is known for his pride and making it clear that he comes from royal blood. But with Thor’s joyful attitude comes a warrior who does not stop until he wins in battle.

“Self-care allows us to serve, contribute, and fight at a greater, more effective level,” Sainato said. “Great leaders also recognize when it’s time to celebrate a victory (a form of self-care) and enjoy the fruits of one’s labor.”

Scarlett Johansson will play the super spy “Black Widow” for the seventh time in “Avengers: Endgame.” The critically acclaimed actress recently spoke on her character’s story arc, saying: “She [the character] is someone who’s understanding of her own self-worth, and that is powerful to see a woman on screen represented that way.”

The Black Widow character, who will be getting her own movie, has had a mysterious past in the Marvel cinematic universe. However, it is a past that is hinted to be flawed and troublesome.

It is Black Widow’s decisiveness that makes her a great leader, according to Connie Dieken, a Fortune 500 leadership communication coach and acclaimed author. “Today’s leaders, not unlike super heroes, have the opportunity (and the responsibility) to influence major change in their organizations,” Dieken said. “Most chief executives are fully capable of making extraordinary gains with the challenges they face — and I believe they want to. To do that, like Natasha, they must embrace that change begins with them.”

Jeremy Renner’s “Hawkeye” has always been more of a second thought, overshadowed by some of his team’s more lucrative superstars. Yet that all changed when Renner was notably absent from last year’s “Infinity War,” with co-director Anthony Russo promising a “long play” vision for the character, which will be revealed in “Endgame.”

Fans realized just how important Hawkeye’s hustle is to the Avengers and it’s because of the character’s drive that Sainato thinks he’s such a strong leader. Although he only fights with a bow and arrow, his resilience is critical to the Avengers team.

“Leaders recognize that when they step in the ring, a fight will be awaiting them,” Sainato said. “Leaders are valiant warriors prepared to get knocked down and put their lives on the line.”

In the words of Hawkeye: ”[It] Doesn’t matter what you did, or what you were. If you go out there, you fight.”

The traits of “The Incredible Hulk” are not traditionally thought of when describing a good leader. He is a hero with an aggressive temper, who often loses control and is not communicable. However, O’Gallagher thinks that the Mark Ruffalo character actually stands for something much deeper than rage: ambition. For example, the Hulk does not stop until his mission is complete. Although he may be extreme with his anger, he stops at no cost to achieve what he is striving for.

“People want to be on his side because his anger could be used to his advantage. He gets work done. His anger represents something deeper like an ambition,” He said. “Perhaps it gives you a sense of ease and comfort. So it provides more confidence and protection.”

“This is it. This is the end,” the brothers said. “The end of an unprecedented narrative mosaic spanning eleven years and eleven franchises.”

Marvel’s Infinity Saga began in 2008 and “Endgame” is the 22nd film in the Marvel Cinematic Universe, which features characters such as Iron Man, Captain Marvel and Black Panther.

In their letter, the Russo brothers made a plea to fans about “Avengers: Endgame,” the final movie in the Infinity Saga.

“Because so many of you have invested your time, your hearts, and your souls into these stories, we’re once again asking for your help,” the Russo Brothers said. “When you see Endgame in the coming weeks, please don’t spoil it for others, the same way you wouldn’t want it spoiled for you.”

And, of course, the directors had to reference last year’s rollout of “Avengers: Infinity War,” when they started the hashtag #ThanosDemandsYourSilence.

Now, a new hashtag, #DontSpoilTheEndgame, is making its way around the internet as a reminder to those who plan on watching the highly anticipated movie.

“Avengers: Endgame” arrives in theaters in international territories beginning April 24 and in the US on April 26.