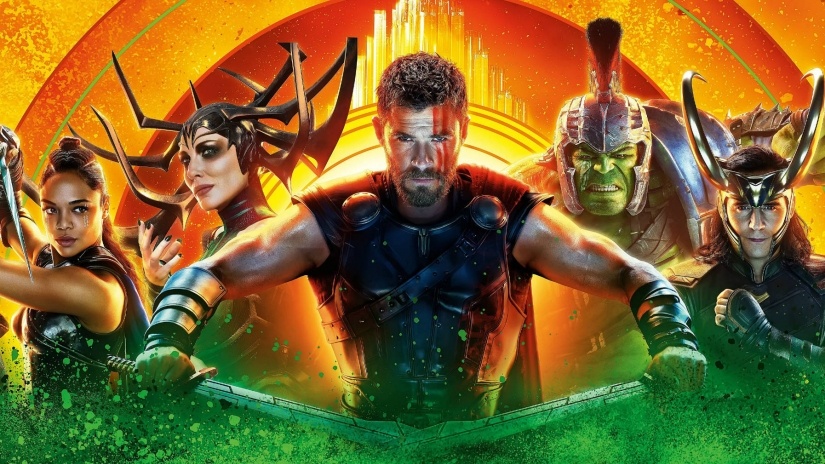 Walt Disney Studios hasn’t had a film in theaters in four months, but the might “Thor: Ragnarok” more than made up for the absence.

“Thor: Ragnarok” thundered to one of the year’s best box-office debuts with an estimated $121 million domestically, proving again — just as its flexing its muscle — the might of the Walt Disney Co.

The robust debut for Marvel’s third “Thor” movie was a welcome shot in the arm for Hollywood and theater owners who have suffered through a terrible October at the box office. “Thor: Ragnarok” also bucked the trend of diminishing returns for sequels. The 2011 “Thor” debuted with $65.7 million; 2013′s “Thor: The Dark World” opened with $85.7 million.

“In this business, it’s not often you see the second and third installments in the franchise outpacing the previous issue,” said David Hollis, Disney’s distribution chief. “You don’t expect never-ending returns when it comes to sequels, but it definitely speaks to the quality of the talent at the Marvel Studios team and the way they’re thinking about each film out of the gate.”

Directed by Taika Waititi, an eccentric New Zealand filmmaker whose previous three movies played in art houses and collected a grand total of $9.5 million, “Thor: Ragnarok” has taken in an additional $306 million overseas, Disney said on Sunday. The film, starring Chris Hemsworth and Cate Blanchett, cost an estimated $180 million to make, not including at least $100 million in marketing costs.

Interest in “Thor: Ragnarok” has been sizzling since Disney released a teaser trailer in April. In early September, an informal moviegoer poll conducted by Fandango, the online ticket seller, found that Mr. Waititi’s film was the most anticipated offering of the fall — a surprise to Hollywood, which had expected “Justice League,” produced by Warner Bros. and set for Nov. 17 release, to easily dominate. (It was second.)

At first, few had been crying out for another Thor sequel. Marvel’s second stand-alone film about the character, “Thor: The Dark World,” took in $645 million worldwide in 2013. But critics were lukewarm; the production had been marked by behind-the-scenes creative clashes and one star, Natalie Portman, did not want to return.

Instead of taking the usual route with third chapters in successful Hollywood franchises — Who cares about making a good movie? Take the money and run! — Marvel’s movie chief, Kevin Feige, decided to radically retool the Thor series. With input from Mr. Hemsworth, “Thor: Ragnarok” became less self-serious and much more comedic, leaning into the absurdity of the main character, a beefcake god who carries a magic hammer and travels by rainbow.

The weekend’s other new nationwide release, STX Entertainment’s “A Bad Moms Christmas,” opened with $17 million over the weekend and $21.6 million since opening Wednesday, according to studio estimates Sunday. The holiday-themed sequel, which returns stars Mila Kunis, Kristen Bell and Kathryn Hahn, came in shy of the 2016 original’s $23.8 million opening.

But the big story was “Thor,” which also grossed $151.4 million in its second week of international release. The film has, in 10 days, made $427 million worldwide.

Disney isn’t alone in being able to roll out such blockbusters but three of the year’s five $100 million-plus releases are theirs. (Disney’s other two are “Beauty and the Beast” and “Guardians of the Galaxy Vol. 2″) The studio has recently, as reported by The Wall Street Journal earlier this week, pushed new terms to theater owners, saying it will demand a 65 percent cut of ticket sales for its upcoming “Star Wars” film “The Last Jedi,” as opposed to the more typical 60 percent.

Hollis declined to discuss the studio’s negotiations with theaters but said, “We’re hopeful that our big films will help drive our mutual success.”

The Los Angeles Times also said Friday that Disney barred its critic from attending “Thor: Ragnarok” after the paper published an investigative report about Disneyland’s business ties with the city of Anaheim. In a statement Friday, Disney said that the two-piece report showed “a complete disregard for basic journalistic standards.”

The issue of revenue splitting is an acute one for theater owners who are already fighting against up-and-down ticket sales and mounting competition from streaming outlets. Disney plans to launch a streaming service in 2019 that will include some film releases.

It’s often been feast or famine this year at the box office. August was historically dismal, September swung to record-breaking highs, and October again badly slumped with the lowest overall gross in a decade. The year is running down 4.8 percent off last year’s record pace according to comScore.

Paul Dergarabedian, senior media analyst for comScore, expects November will, thanks to “Thor,” Warner Bros.′ “Justice League” and the Disney-Pixar release “Coco,” swing back up.

“It’s like a tennis match. We’re up. We’re down. It’s not for the faint of heart,” Dergarabedian said. “The industry has its work cut out for it to make up that nearly 5 percent deficit as we hit the home stretch of what has been an incredibly volatile box-office year.”

The huge “Thor” opening also cements the unlikely breakthrough of New Zealand director Taika Waititi, who shepherded the $180 million production to Marvel’s best reviews since 2008′s “Iron Man.” The movie scored a 93 percent fresh rating on Rotten Tomatoes and an “A″ CinemaScore from audiences.

Waititi, 42, is a veteran of the cult comedy series “Flight of the Concords” and has previously directed largely offbeat irreverent indies like the deadpan vampire tale “What We Do in the Shadows” and the oddball outlaw comedy “Hunt for the Wilderpeople.”

But the makers of some franchise tentpoles have increasingly turned to more irreverent filmmakers to lend their blockbusters a more comic swagger. The results have been mixed. Phil Lord and Chris Miller departed the stand-alone Han Solo film after creative disagreements, as did original “Ant-man” helmer Edgar Wright.

“Thor: Ragnarok,” from a screenplay by Eric Pearson, had no such troubles in returning Chris Hemsworth in the titular role along with franchise regular Tom Hiddleston as Loki. Also brought in was Mark Ruffalo’s Hulk, Tessa Thompson as Valkyrie and Cate Blanchett, as the film’s villain, Hela.

Second place for the weekend went to the sequel “A Bad Moms Christmas,” which took in about $17 million, for a total since arriving on Wednesday of $21.6 million, according to comScore, which compiles box office data. An R-rated comedy from STXfilms, “A Bad Moms Christmas” received weaker reviews than its series predecessor, “Bad Moms,” which took in $30.6 million over its first five days in summer 2016.

“A Bad Moms Christmas” received a B grade in CinemaScore exit polls. The first movie, which became an unexpected hit, got an A.

STXfilms, a division of STX Entertainment, spent a modest $28 million to produce “A Bad Moms Christmas” and backed its release with marketing stunts, including a takeover of the daytime game show “The Price is Right.” The studio noted that the holiday film took in an additional $6.7 million in partial release overseas, with initial results in countries like Britain and Australia higher than for “Bad Moms.”

Several films opened in limited release, including Greta Gerwig’s coming-of-age tale “Lady Bird,” with Saoirse Ronan. On four screens in New York and Los Angeles, the A24 release drew some of the most packed theaters of the year with a $93,903 per-screen average. 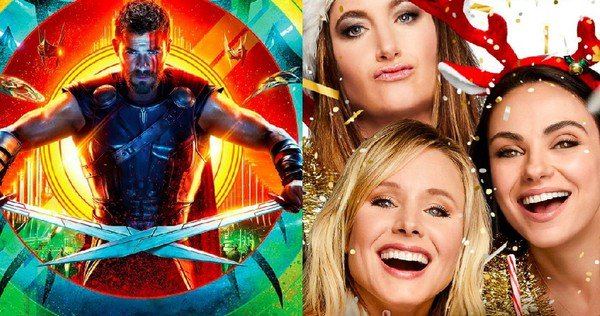