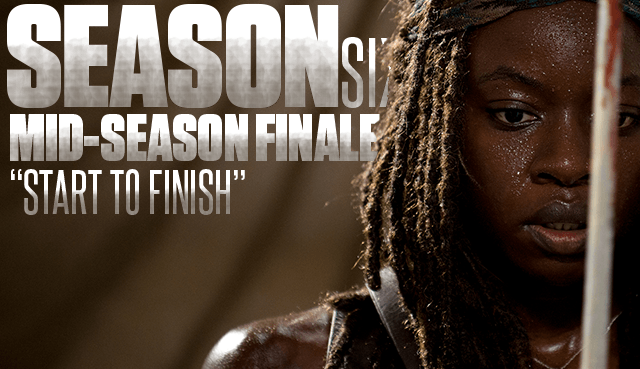 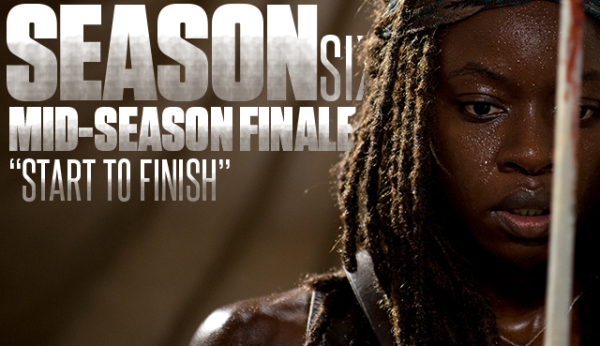 This week marked the mid season finale of “The Walking Dead.” Once again Team Grimes has to deal with a threat to their new homestead. The producers felt the need to hit us over the head with the symbolism of the invading ants attacking the leftover food in Sam’s room.

We get it. The Alexandrians can’t hide from the ugliness of the world any longer, just like Sam can’t stay hold up in his room with his mom bringing him snacks upon request.

Reality is at the front door in the form of hungry zombies and the Townies can’t stay above the horror any longer.

We got to see the full damage done by the tower falling on the wall section this week. The section that fell is too big to fix quickly, even if the survivors could somehow lure away the walkers. That’s a plan for another day as we see each and every character in full retreat.

Rick does stand around wasting a few bullets as if killing six of the 1,000 walkers is going to matter much. Deanna actually helps, getting him to run away before he gets overrun. 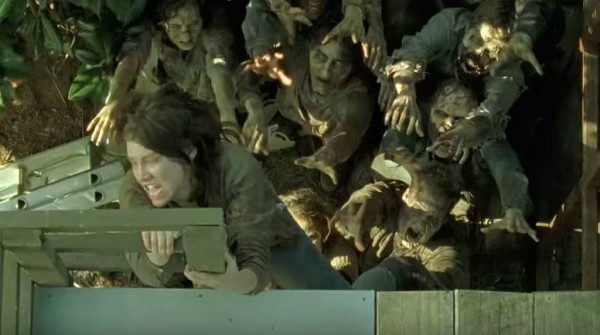 Maggie had to go American Ninja Warrior as she nearly got knocked off a ladder. I’m thinking some obstacle course training might be best for the group in the future. If there is a future, it could help in situations like this.

Eugene is useless as usual, standing like a scared child as Rosita and Tara save his sorry ass. It doesn’t take long for the walkers to occupy Alexandria. Their sheer numbers have all the humans all locking themselves inside any home they can reach.

Of course, Glenn and Enid can see all the carnage from outside the walls. Emo Enid is not too positive about the chances of those inside so Glenn gives her a pep talk. It would take Knute Rockne to get that girl pumped up though.

Once Sam sees his mom and her group scrambling into the upstairs he has to face the situation. Jessie asks Sam to “be someone else,”  if he can’t be brave on his own. He can’t. Little guy probably pooped himself by now.

The best pairing was Carol and Morgan as they’re forced into a home together to evade the herd. She’s got a nasty head injury and is likely concussed. No time for an NFL-type concussion protocol. The walkers aren’t gonna wait on her to recover before they start munching her her body. The two badasses are with the doctor and Morgan’s prisoner Wolf.

This situation is going to get ugly.

What can you say once you get bit in this universe, realizing your life is over and you’ll soon become a flesh eating monster that will try to kill your friends? “Well shit,” sure sums it up . Those were the words of Deanna after she saw her wound. She had been going downhill ever since Reggie bit the dust at the town hall meeting so it’s not like she was going to live to see 75 years old anyway.

Michonne is broken up about Deanna’s fate and they discuss the future plans that were drawn up by Deanna. The former politician makes it clear to Michonne that she needs to figure out what the future plans will mean for her as an individual. Deanna has known how powerful Michonne is ever since the Samurai conked Rick on the head during his insane rant in the streets.

We know Ron was going to try and kill Carl but got interrupted by the herd invasion. They’re trapped together and we get to hear Ron whine about how all is lost. There’s a lot of give up in these Townies! Ron figures he’ll go ahead and try to kill Carl now since he’s sure everyone is going to bite the dust soon. He fails of course but the fight breaks some glass allowing the undead to flow in.

Carl covers for Ron when Rick and his crew let them inside the main house. When the two are alone Carl takes his weapon and coldly tells Ron what he needs to hear, “Your dad was an asshole.” Carl’s got a great point. Why be so vengeful for a guy that beat your mom?

We almost had a human get hacked up because of a case of mistaken identity. Rick nearly put the axe on Deanna as she creepily hung over Judith’s crib. I told you she looked rough! She hadn’t turned yet though and was just trying to quiet the child. A couple more hours and Deanna would be snacking on the kid’s ears.

Deanna asks Rick to watch over her son Spencer once she’s dead. She asks him to watch over him like one of his own people. “They are all your people now Rick. That’s why I ran over to help you, cause you’re one of us,” she told him.

Eugene update. Still useless. That is unless a world history trivia contest becomes relevant. Rosita and Tara talk about the place not being lost just yet. I’ve got the same feeling. I don’t know how Alexandria can be saved, but it is worth staying and fighting for. The set up is the best the survivors have found so far.

The battle between Carol and Morgan begins when she makes a move to kill off his prisoner. I find it strange that Morgan would be willing to hurt Carol to protect the savage Wolf. But there he stood in between her and this evil bastard. His philosophy is simply flawed.

As Rick devises an escape plan with the camo guts routine, Carol is so eager to kill the Wolf member you can nearly taste it. Morgan says, “With life there’s possibility.” He’s wasting time trying to convince her of any of that Zen talk.

She means to kill the threat before her.

Michonne gets to the meaning of the Latin phrase written on the plans from Deanna as Michonne offered to mercifully kill the former leader of Alexandria. “Someday this pain will be useful to you.”

Deanna passes on her offer, deciding to do it herself when the time comes.

We see little Sam on the verge of a mental break. This kid will be scarred for life and after this disaster.

Carol is willing to die if that’s what it takes to kill Morgan’s prisoner. I love it. She is a total badass, unafraid of anyone or anything now! She makes her move on Morgan, but he winds up with the advantage and eventually slams her, knocking her out.

What’s he get for his efforts? Cracked on the dome by the Wolf as the doctor watches in horror. She tries to reason with the guy to get him to spare Carol and Morgan. That’s barely helpful, but then Rosita and Tara burst in before anything happens. Eugene is there too, but….useless.

The doc is taken hostage and Tara and Rosita drop their weapons as the Wolf member commands. This is off base from what Rosita’s character would do in my opinion. No way she drops her gun and tosses it over to a dangerous guy like this. Go back to Kevin Costner inOpen Range for the right philosophy on giving up guns when faced with villains. There is no point! If the bad guy already has the advantage, why give him even more leverage by handing over your only defense against him?

And so the Wolf still has the doc as a hostage, only now he has guns to boot and could have easily just shot Tara and Rosita for their trouble.

Rick and crew go full on Brad Pitt in “World War Z” as they breeze right past the horde of uninvited walkers in the lower part of the house. Things are going to break down though as Sam starts calling his mom’s name when they hit the streets. I can see Jessie giving the kid a backhand to shut him up.

But we’ll have to wait until after the winter break to find out. Will Glenn and Enid be of any help to those trapped in the city? Also, how much longer until Daryl, Sasha, and Abe get back to Alexandria?

Lots to be answered when “The Walking Dead” gets back with episode nine in mid February. I’m guessing more than one character’s not going to make it to episode ten. This walker invasion is too big for everyone to make it out alive.