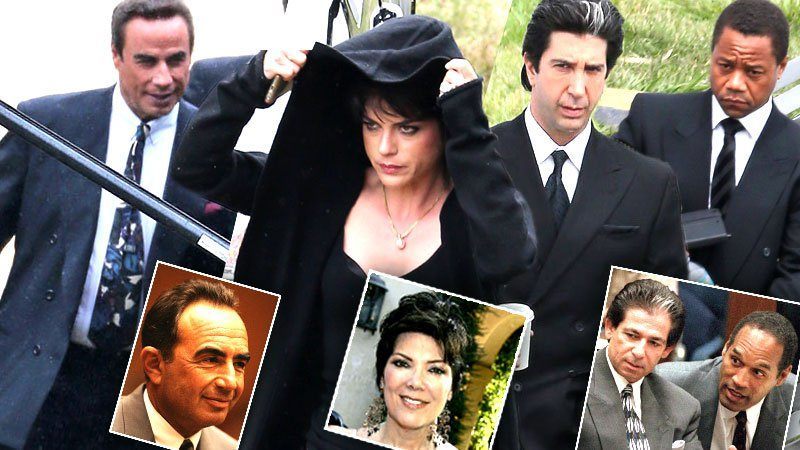 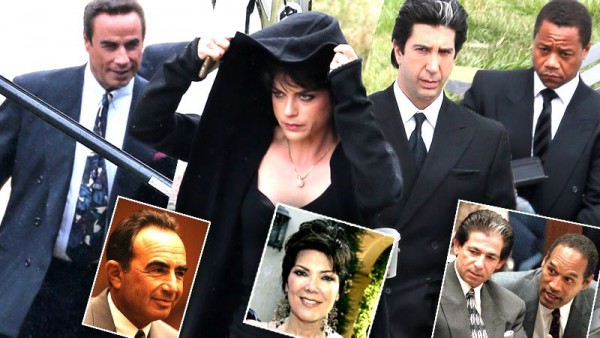 The People v. O.J. Simpson: American Crime Story 101 From the Ashes of Tragedy

If you are like me you have been waiting for The People v. O.J. Simpson: American Crime Story to premiere ever since you saw pictures of Selma Blair doing her best Kris Jenner impersonation. Finally the night has come and FX aired the first episode of its newest series. Based on the infamous and highly controversial trial involving O.J. Simpson, American Crime Story is an anthology series brought to us by the creators of hit show American Horror Story.

The show dives right in, as the victim’s bodies are found in Simpson’s yard. Detective Mark Fuhrman proceeds to lead the local police force to O.J.’s house, as he is noted as the first person of interest. The cops walk through many of the specifics that are often associated with the trial including the barking dog, the white Bronco, the glove and Kato Kaelin. Soon after the police notify O.J. (played by actor Cuba Gooding Jr.) about his murdered wife and he calmly assures them he will be returning to L.A. first thing in the morning.

While most of the beginning part is well-known (and documented) elements of the story, the show then dives into some of the untold backstory. Here, we meet prosecutor Marcia Clark (played by AHS’ Sarah Paulson) who is a soon-to-be divorcee and mother of two. 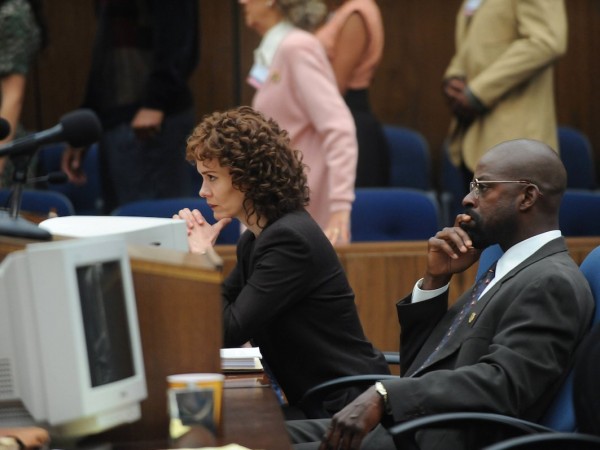 Marcia is recruited to begin working on the suspected double homicide. At the police station Marcia collaborates with her coworkers and begins discussing the uncanny pieces of evidence that all point to O.J. being behind it. Some of her coworkers have met O.J. and based on their pleasant encounters with the “nice guy” they are convinced that he wouldn’t be involved in such a brutal murder. Fortunately Marcia’s unfamiliarity with the former football player and actor allows her to view the case without rose-colored glasses on.

Standing on the other side of the courtroom (eventually) is Courtney B. Vance portraying O.J.’s defense lawyer Johnnie Cochran. Johnnie is a witty, well-dressed lawyer who is in the middle of wrapping up a case involving a single mother who was shot by the LAPD.

Marcia begins to uncover more of the backstory behind O.J. She is appalled to learn that Nicole had called the police multiple times and that O.J. was actually previously arrested for domestic abuse. She exclaims, [clickToTweet tweet=”#PeoplevOJSimpson recap 101 #KrisJenner ashes #MovieTVTechGeeks” quote=”“he got away with beating her, he is not going to get away with killing her.””]

Meanwhile, things are just beginning to get crazy at O.J.’s house. He begins popping pills, as he feels increasingly uncomfortable with the surmounting pressure and media coverage surrounding him. Robert Kardashian (played by David Schwimmer) tries to calm him down and shows concern for his friend (who he calls “Juice”). Here we also see yet another aspect of the incident, as O.J. comforts his two frightened young children and tells them he is going to make everything okay. 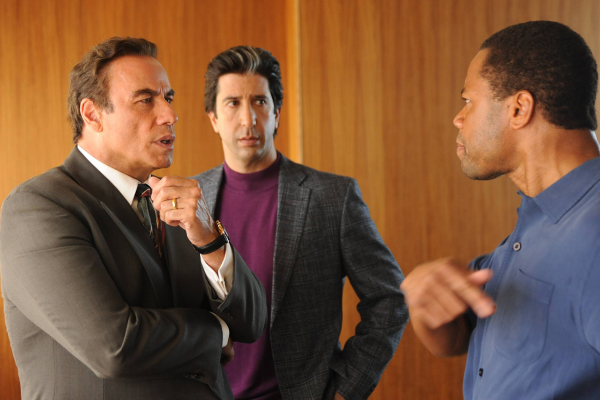 Following this O.J. contacts big-shot Hollywood lawyer Robert Shapiro (played by a overly tanned John Travolta). Robert advises Rob K. to join O.J.’s defense team. Immediately Rob K. agrees, explaining that O.J. was always there for him after he split from his wife Kris (Jenner, formerly Kardashian). Thus, Rob K. seems to be more than ready to get back in the court and represent “Juice”. Robert Shapiro then gets Rob K. to leave the room as he sits down with O.J. and bluntly asks if he killed Nicole. With a straight face, O.J. replies, “No, I loved her.”

Shapiro proceeds to talk O.J. into taking a polygraph test in order to support his claims more quantitatively. Unfortunately this doesn’t end well, as O.J. scores a “minus 24” on the test – which apparently is the worst you can do on a polygraph. When Rob K. hears the results his face goes blank and he states, “there is no way he could have done it.” After this, Rob K. and Shapiro reveal the results to O.J., who completely freaks out and rants on about how unreliable polygraph tests are.

Afterwards O.J., Rob K., Shapiro and everyone else involved gather for Nicole’s funeral – which is hounded by paparazzi. It is in this scene we get our first encounter with Selma Blair as Kris Jenner and also a split second shot of the young Kardashian girls. At the funeral Kris is surrounded by many of Nicole’s friends, who are visibly disgusted by O.J.’s presence and evidently feel that he is guilty of killing Nicole. In addition, Faye Resnick is also shown at the funeral (played by Connie Britton). Currently, Faye is in the middle of some drama surrounding the O.J. situation on Real Housewives of Beverly Hills. Thus, over 20 years later people are still dealing with the aftermath of this controversial case.

While the police continue to raid O.J.’s house, O.J. seeks refuge at his best friend Rob K.’s house. It is definitely captivating to see O.J. sleeping in the poster-filled bedroom of one of Robert’s daughters (who are now famous in their own right).

Still at Kardashian’s house, O.J. begins drafting his will, a letter to his fans, kids and family, as well as an eerie suicide notes that he signs with a happy face at the bottom. Rob K. walks in on him doing this and tries to calm him down, but O.J. pulls out a gun and sticks it to his head. He proceeds to send Robert on a chase, as he runs off to one of the bedrooms to presumably end his life. After pleading O.J. not to kill himself in his daughter “Kimmy’s bedroom,” Robert convinces him that they can prove his innocence and get him out of this mess.

The first episode ends with the police arriving at Rob’s house, where O.J. is unsurprisingly missing. This leads to the infamous footage of O.J. driving down the 405 in the white Bronco.

Moreover, while American Horror Story usually takes a couple of episodes to get into the grit of the story line, P v. O.J. jumped right in. I think now that they laid the foundation of the story – which included going over a lot of details that most people are already familiar with – the show will be able to focus more on the unknown aspects. From this first glimpse at the series it seems that there will be a lot of focus on the media coverage that took things to a whole new level at the time. In addition, it will be interesting to see some of the personal backstories of the people involved on both sides of the courtroom.

Personally I thought it was a really solid start to the series. This first episode showcased the creators’ ability to filter through the abundance of information surrounding the story. I am definitely looking forward to next week!

You can catch the second episode of The People v. O.J. Simpson: American Crime Story when it airs next Tuesday, January 9 on FX.