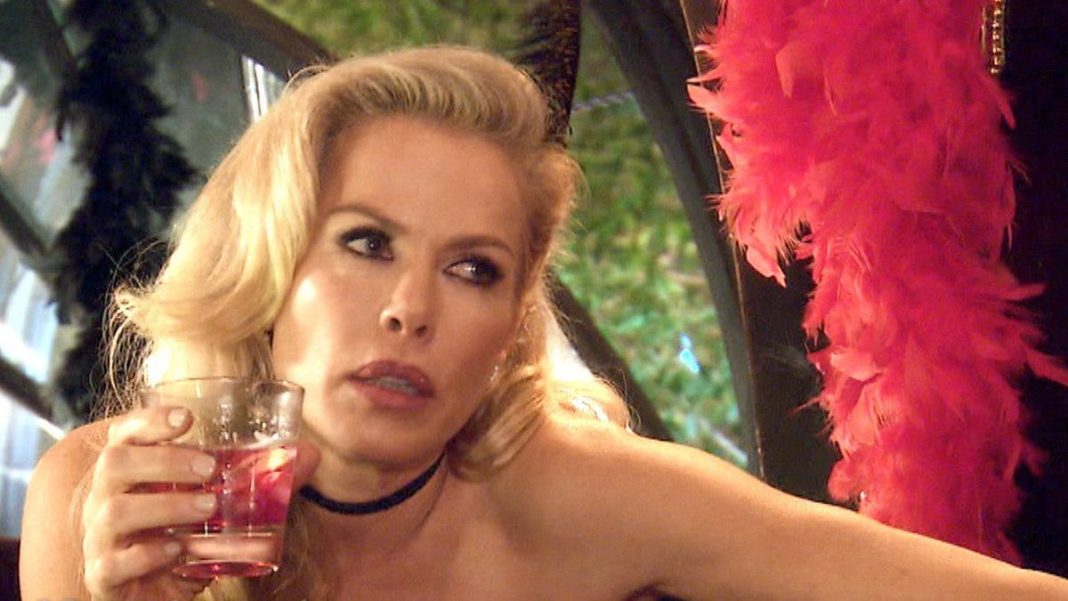 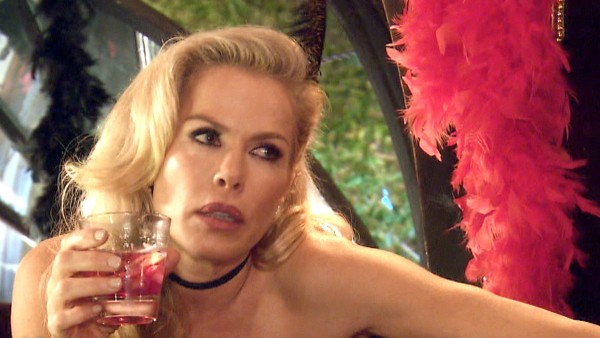 On this week’s episode of Real Housewives of Beverly Hills, the ladies continued to stir up controversy surrounding Yolanda’s health crisis. In addition, Kyle and Lisa V. decide to have a joint anniversary party but have some conflict when it comes to who is on the guest list.

The episode begins with Kyle paying Lisa a visit before they venture out to look at venues for their upcoming party. While having tea, Lisa tells Kyle she has a “bone to pick” with her. Lisa goes on to explain how disappointed she was that Kyle invited Faye to her BBQ without warning her. Kyle tells Lisa she needs to stop holding a grudge against Faye, as it has been nearly three years since their falling out. Lisa responds by (half) jokingly threatening to invite former housewife Carlton to their event, since Kyle and Carlton pretty much became archenemies after Kyle called her a witch.

Shortly after, the two women head out to go scope out potential party locations. They check out a hotel that has plenty of character and agrees that it will be perfect for their Moulin Rouge themed event.

Meanwhile, Erika and Yolanda decide to take a walk on a nearby beach in Malibu. Here, Yolanda asks Erika what happened after she left Kyle’s barbeque. Erika begins by talking about the whole Faye-Kathryn dynamic and their drama surrounding the O.J. Simpson trial, but eventually ends up revealing all of the gossip that was being dished out regarding Yolanda and her kids’ health. Yolanda is evidently not too pleased to hear some of her closest friends were talking about her kids behind her back but reveals that she has made plans to meet up with Lisa Rinna to talk things over (as Yolanda heard that Lisa R. was the main person behind the gossiping).

Later on, Erika gets a visit from Lisa Rinna. Erika winds up giving Lisa a tour of her mansion, in which she even has her own chapel. Lisa admits that while she has “been around for a long time,” she has yet to ever see a housewife have their own chapel built in their home. Lisa jokes that Erika’s house makes Lisa V.’s place look “like a disco.” Next, Lisa confides in Erika about her feeling of guilt she developed after soliciting someone’s idea that Yolanda has Munchausen Syndrome – a fictitious disease where a person puts on an act of being sick. Erika tries to put her at ease and tells her to just come clean to Yolanda.

After Lisa leaves Erika’s house, Erika begins doing some vocal rehearsal for an upcoming show she is doing in San Diego (which all of the ladies will be attending). I have to admit Erika’s vocal abilities came as a shock to me. Considering her music is heavy on the dance beats, I didn’t expect her to have such an impressive singing voice!

Lisa R. finally works up the courage to talk to Yolanda face-to-face. Over lunch, Lisa tells Yolanda about the conversations she was involved in that questioned Yolanda’s health. At first, Yolanda wasn’t too forgiving but then Lisa called herself an “impulsive, stupid a**hole,” which seemed to do the trick. 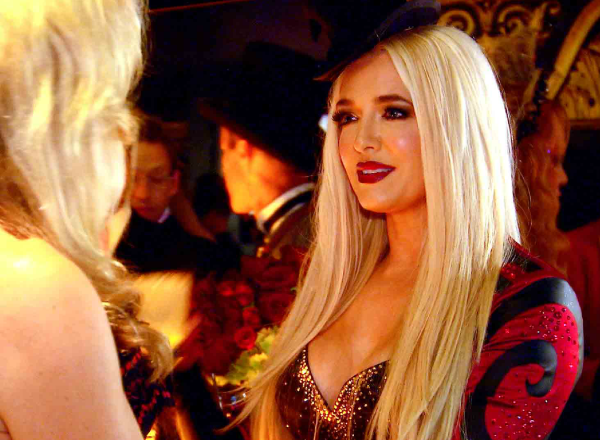 The episode ends off with the big anniversary party, where all the women go all-out in Moulin Rouge-esque attire. Kathryn basically sums the dress code of the night up when she confesses: [clickToTweet tweet=”Moulin Rouge for #RHOBH 610 recap #BackwardsInHeels #MovieTVTechGeeks” quote=”“it’s like Halloween where all the sluts get a day-pass.”” theme=”style2″]

All of the ladies and their dates arrive at the venue. Kathyrn introduces her younger husband (Donny) to Lisa V. Lisa admits in confessional that he is cute but says she prefers having someone whose “eyesight is going – so they can’t see the dimples in [her] a**,” aka Ken.

The best moment of the episode comes from none other than Erika. Kathryn and Erika start talking about how women are often judged for both being too nice and too mean/bossy. Eventually, Erika ends up blurting out the c-word, which prompts Kathryn to go on a rant about how horrible the word is. Kathryn tells Erika she is too good and pretty to say the word. However, Erika could care less and confesses “I’m still going to use the word c*** every f***ing time I can say it.” I have to admit, Erika is definitely giving Lisa R. a run for her money in terms of most entertaining housewife.

Faye finally arrives and is gifted an incredibly cold and awkward greeting from Lisa V. Afterwards, Lisa, Kyle and Kathryn find themselves in a discussion about Faye, where Kathryn bashes how distasteful she was for capitalizing on Nicole Simpson’s death.  Although unsuccessful, Kyle tries to stick up for her friend, but Kathryn is on a rant and continues to slam her. 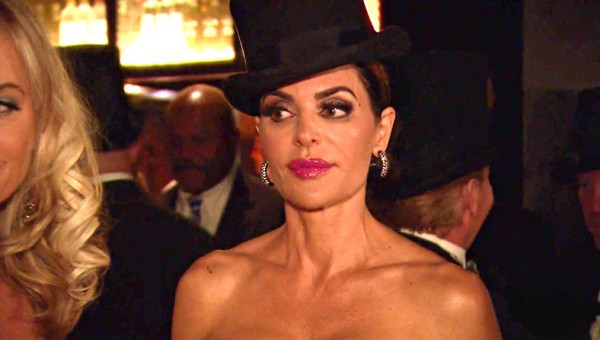 Shortly after, Kyle confronts Lisa about the discussion and explains that she doesn’t feel comfortable with Kathryn talking so poorly about Faye. Unfortunately, Lisa takes Kathryn’s side and tries to justify Kathryn’s bitterness. Kyle confesses that she thought Lisa would agree with her just out of “principle,” even if she doesn’t necessarily like Faye. However, this wouldn’t be like the Lisa we all know and love – thus, unsurprisingly Lisa continues to stand her ground on the matter.

You can catch the next episode of Real Housewives of Beverly Hills when it airs Tuesday, February 9 on Bravo.

The ladies go to see the one and only Erika Jayne perform in San Diego. Yolanda confronts Kyle and Lisa V. after she heard from Lisa R. that they were questioning whether her kids (Anwar and Bella) actually suffer from Lyme’s disease – which inevitably gets Lisa R. into some trouble.