Home Reviews Movie Reviews ‘The Big Short’: If you want action, see ‘Star Wars’; if you... 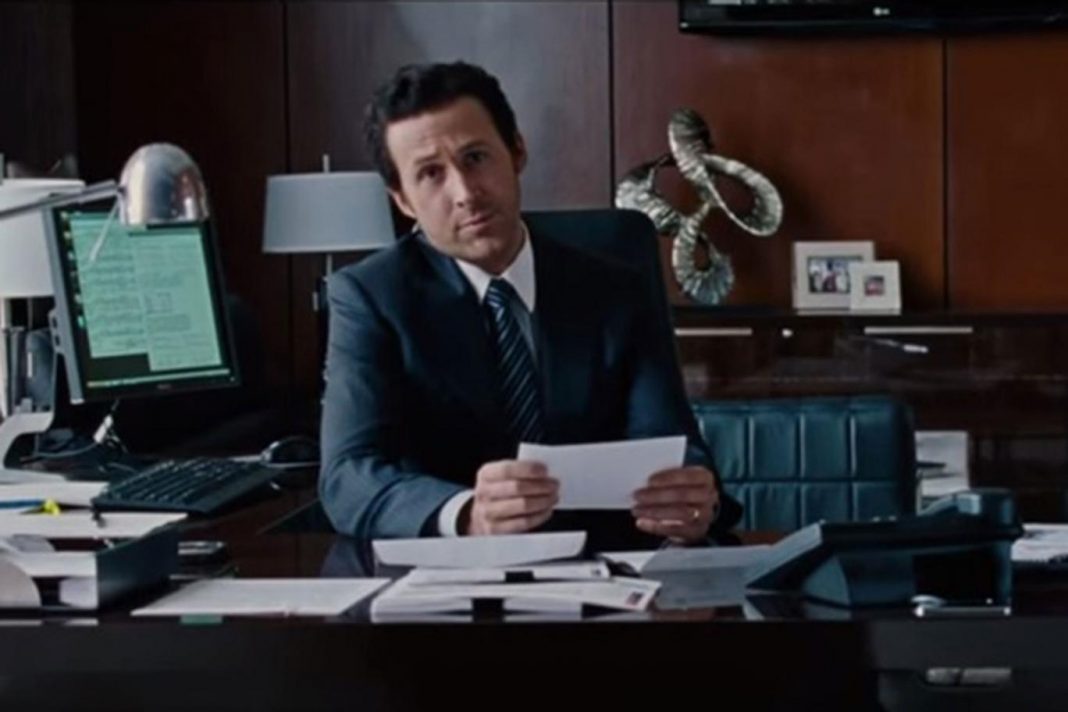 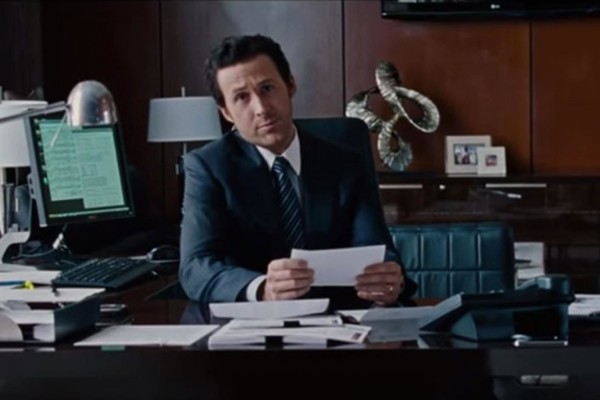 It is no secret that Hollywood often looks to the past for inspiration for new movies. And although the financial crisis of 2007-2008 isn’t too far back in history, apparently it is long enough for Hollywood to justify turning the event into its latest cash cow. The newly released movie The Big Short is the true story about four outsiders who were able to predict the economic downturn that would affect people all over the world.

Categorized as a biographical comedy-drama, the film stars an ensemble cast including Christian Bale (The Dark Knight Rises), Steve Carrell (The Office), Ryan Gosling (Gangster Squad), Finn Wittrock (American Horror Story), Brad Pitt (Moneyball) and even has cameos from actresses Margot Robbie and Selena Gomez (who appear as themselves). While the stories of each of the four outsiders are mainly told in separate segments, their paths do begin to intertwine as they all get more and more involved in taking advantage of the impending crash that only they seemed to have clued in on.

Basically, the film tries to explain exactly what happened when the world was hit by one of the biggest financial crises in history. While most people are somewhat familiar with the event, many do not fully understand what – or who – was to blame for the “unexpected” economic disaster. Thus, The Big Short attempts to present itself as The 2007-2008 Financial Crisis for Dummies, as it breaks down financial terms that those in the industry use to ensure information simply flies over the general public’s head.

The movie dives into the depths of the housing market, which was truly the first domino to fall. It does a fairly thorough job explaining how financial firms relied on the historical steadiness and low amounts of risk associated with mortgages to exploit vulnerable groups in order to make a profit. They did so by basically allowing anyone who had a signature to qualify for a mortgage, even if they didn’t necessarily have the means to support it. In the book The Big Short (which acted as the backbone for the screenplay), author and journalist Michael Lewis explains the extent of corruption within the industry prior to the collapse, stating, “A Mexican strawberry picker with an income of $14,000 and no English was lent every penny he needed to buy a house of $724,000.” Unfortunately, as more of mortgage owners were unable to pay off their house loans, the foundation of the financial housing sector began to crack. Subsequently, numerous of the leading banks and financial firms were left with investments in mortgage-based bonds that were ultimately worthless.

I went into the movie expecting something a bit more dramatic (and less comedic) than Wolf of Wall Street. Based on the early reviews, I admittedly went into the movie with pretty high expectations. Unfortunately, it was completely different than I expected.

I got the sense that the movie was trying to incorporate as much comedy as possible, in an attempt to balance out the relatively dark and complex subject matter. However, while some of these moments were enjoyable and even laugh-out-loud worthy, the majority of them felt forced. Similar to The Wolf of Wall Street, the movie employs a “breaking the fourth wall” filming technique, where characters (mainly Ryan Gosling) address the audience by speaking directly to the camera. Thus, having moments where the audience is drawn out of the current scene and given some backstory or commentary on the occurring events.

Unfortunately, I didn’t find the film was able to do this very smoothly, and Leonardo Dicaprio (in Wolf) undoubtedly did a better job as host during scenes using this type of filming. So while Ryan was the one who did the most breaking of the fourth wall in The Big Short, his parts didn’t bring the same charisma as Leo, and I actually felt that Steve Carrell was the shining star in the film. Steve, who took on a noticeably different appearance for the film, embodied brash businessman Mark Braun, who is one of the few in the movie who still had somewhat of a moral compass.

In addition, the film also incorporated numerous clips of pop-culture and news clips from the times surrounding the crisis. Some of which included clips of the music video for “Money Maker” by Ludacris and prevalent sporting events. By doing so, I think the film aimed to remind viewers of what was going on in the world before and during the crash. However, I felt it was really disheveled and took up unnecessary amounts of time that could have been used to better develop the main story.

Furthermore, I think the thing that caught me by surprise the most with The Big Short is that it truly is biographical. Although the movie stars several well-known Hollywood actors, it felt much more like a documentary then I thought it would – partially due to the filming (which was very much like The Office). While it is really informative about the market crash, it definitely drags a bit too much to be a movie theater worthy movie.

In hindsight, I would have probably opted to see an action movie like Star Wars or Mockingjay Part II, instead of getting a lesson on economics and finance with a few jokes thrown in here and there. All in all, it wasn’t terrible and I would approve it as an On-Demand rental in the future. However, I don’t think it lives up to the rave reviews that it has been receiving on sites like IMDB and Rotten Tomatoes.

Most likely, it will get you to laugh a couple of times, but there will be long periods of rather bland material in between. On the bright side, you will most likely walk out knowing more about the financial crisis than all of your friends and will probably be much more skeptical about how these big financial firms run things (and get away with it).