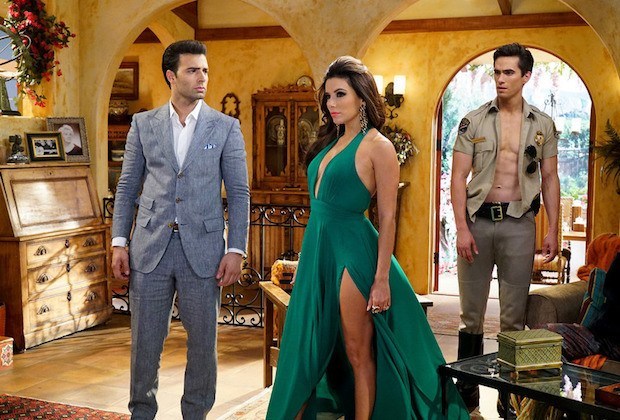 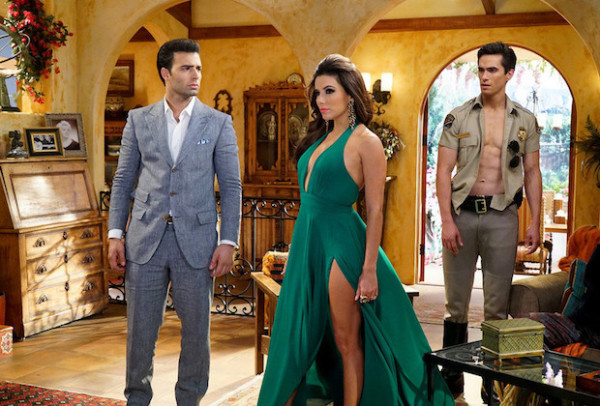 Eva Longoria is back with a new NBC drama, Telenovela, that brings us the in and outs of being a Latina soap opera star. But for some people, the new show falls more than short of anything worth watching. But I beg to offer an alternative look to what could be a good show.

The new sitcom is called Telenovela, and while I can see why people feel the way in which they do, it’s not the worst thing on or coming to TV. In fact, I think that it can be a pretty decent show with some revamping. Because here is the thing about the it- people are saying it’s no Jane the Virgin and they are right it’s not. Jane the Virgin is done LIKE a telenovela to emphasize the drama and already outlandish premise, and this is ABOUT a telenovela. I honestly don’t’ feel that it is a fair comparison because they are two different shows, and the fact that they are both “Latino shows” is an incomplete assessment.

Now, on to the review of the pilot episodes. First off, Eva Longoria is hot as hell and engaging which without a doubt carries the show. She stars as Ana Sofia; a self-indulgent albeit at time caring telenovela star who plays the title role on the show “La Leyes de Pasión.” She has great friends with her best friend Mimi (Diana Maria Riva) working with her on the show as the wardrobe designer and things in her world are just on cloud nine. Until the higher ups hire a new actor. Everyone knew they were getting an additional cast member, but no one was ready for who it turned out to be- Xavier, Ana’s ex-husband, and fellow telenovela star.

From there, Ana Sofia finds herself in all kinds of situations and feels a certain kind of way about the man who broke her heart because he cheated on her with Shakira, not only being cast on the show but officially being made one of the stars.

She went through what any woman would go through having their cheating ex in their faces all the time and mixed in with how she handles their interaction lies a lot of off-camera drama that is over the top but relatable.

One of the reasons why I want to see this show make it (it has been trimmed to 11 episodes from its original 13) is because I love to see people of color and ethnicities on TV. It’s needed because life is not just one big old “all white party.” It’s the same reason that I love to see Mindy Kaling and Aziz Ansari win. They are talented and funny, and their stuff hits home for so many people despite the fact that they are Indian.

Eva Longoria is good. She is nice to look at, full of energy and brings a refreshing sass to TV. She has star quality, and it’s such a waste when people have the talent to make enjoyable entertainment but aren’t afforded the opportunity, or their opportunity is cut short because of the world television system.

Today, shows take three-month “winter breaks” and pilot shows have to hit it out of the park in the first episode or travel the road of so many failed attempts before them. When Blackish first premiere I was like, “Naaaaawwww, I’m good,” after I saw the first episode but I gave it a chance, so I kept watching, and now it’s one of my favorite shows because it’s genuinely good.

With that, do I feel like Telenovela, after watching three of its episodes, are Blackish good? No. But I do think that, if given the chance, it can be a show that lasts for a few seasons.

People have to open their minds and understand that not everything we see on TV has to be the same. Telenovela, which is loosely based on the 1991 Sally Field movie Soapdish, is a satire of a genre of television that is a guilty pleasure for a lot of folks. Showing us the inner workings that we don’t see, it’s outlandish storylines, and colorful characters work for that reason.

So if you are working if you should give it a try or continue watching it when it officially premiers January 4th, if you have nothing else to watch and or are interested in giving the underdog a chance, watch it.