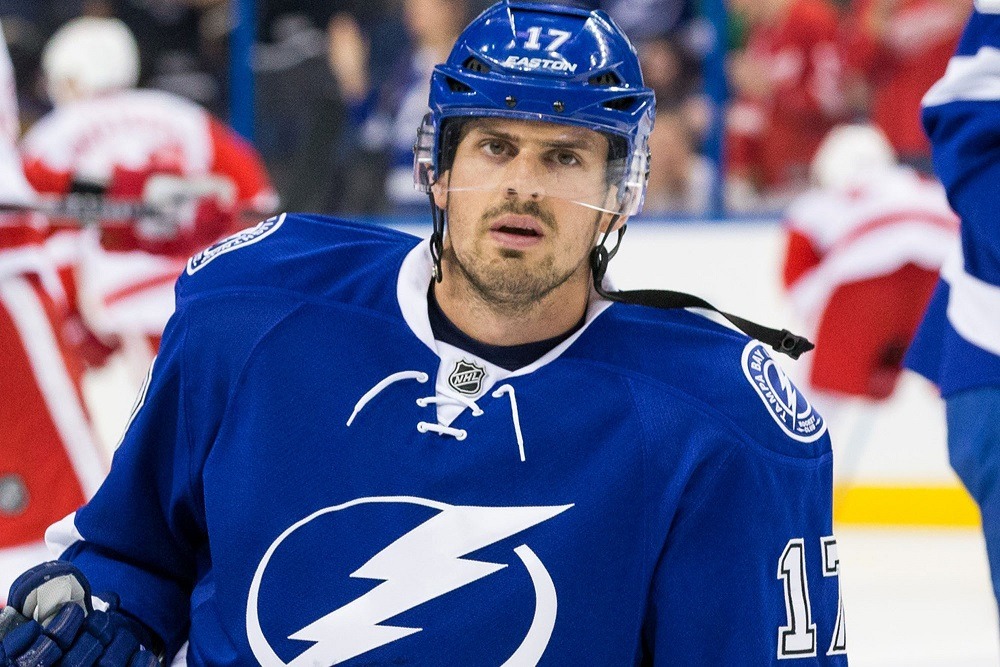 Rather than play the ‘who blinks first’ contract game, Alex Killorn and the Tampa Bay Lightning have agreed to a lucrative seven-year contract.

Alex Killorn and the Lightning wanted to keep the team together, and Tampa Bay made sure he’d be part of its long-term future.

The Lightning on Sunday signed Killorn to a $31.15 million, seven-year contract to avoid arbitration and lock up another important player.

After a trip to the Stanley Cup Final in 2015 and the Eastern Conference final in 2016, Killorn saw the Stamkos contract and the potential for more postseason success and wanted to keep the trend going.

“When you have your captain, the leader of your team, taking a pretty substantial discount, I think that sets a precedent for everyone else,” Killorn said by phone. “For me, it wasn’t just about money. I think the contract was a great contract, but living in Florida, playing on a team that has a chance to compete for the Stanley Cup every year is important.”

The Halifax, Nova Scotia, native’s 33 playoff points are the fourth-most among Canadian-born players over the past three years. That total trails only Jonathan Toews and Duncan Keith of the Chicago Blackhawks and Ryan Getzlaf of the Anaheim Ducks.

“I’ve been pretty fortunate because when you play on a team that does so well, obviously you’re going to be put in those situations,” Killorn said. “I think playoff hockey kind of suits my style.”

Winning in the playoffs is what it’s all about for the Lightning, who needed to keep Killorn’s cap hit manageable with three other restricted free agents who need contracts: forwards Nikita Kucherov and Vladislav Namestnikov and defenseman Nikita Nesterov.

If Yzerman can get the other deals done while navigating the salary cap, the Lightning should be one of the favorites to win the Cup next season and for several more years after that.

“There’s obviously still a couple guys that need to be signed, but it seems like most guys want to be here and want to be a part of this,” Killorn said. “Everyone really believes in the management and what they’re doing, so we’re just excited for the future.”