Home All News Surprise: Rosie Perez Off THE VIEW 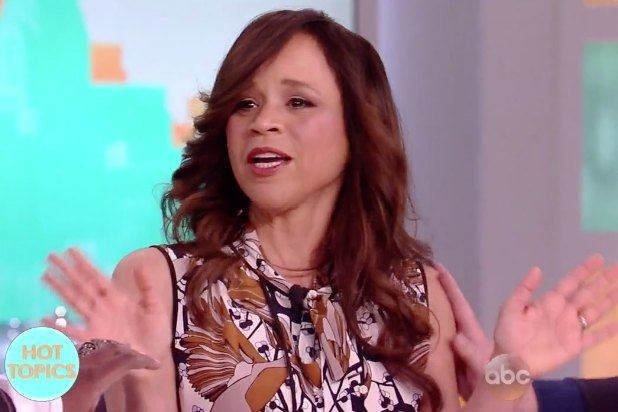 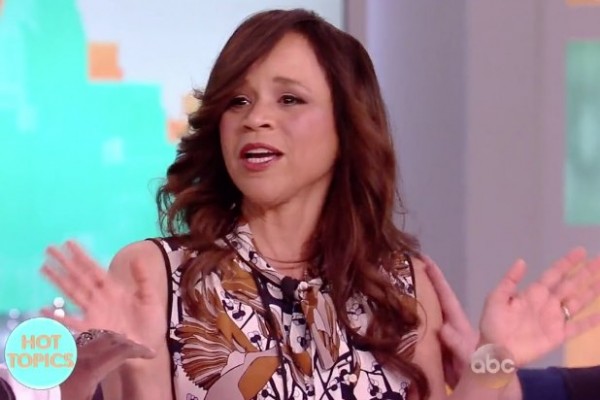 Whoopi Goldberg swore up and down that Rosie Perez being off ABC‘s The View this month to appear in the Broadway play “Fish In the Dark” had nothing with her being canned from the show, but shockingly, she lied whether she knew it or not. I’ve been hearing since November that Perez would be off the show this month, and Variety has declared it so now. One person who won’t be replacing her is ousted Sherri Shepherd thankfully. But you can be sure that she’s been campaigning to get back on the show as her career is pretty much on that slow down track again.

Perez joined The View on September 15, 2014 as part of a reinvigoration of the declining ratings show when Shepherd Shepherd and Jenny McCarthy were finally put out of their misery. Rosie O’Donnell and Nicole Wallace were also hired to join moderator Whoopi Goldberg. The new Executive Producer Bill Wolff had actually chosen Perez, but it was obvious from the first week that while the actress is great in movies and plays, talk shows are not her strong suit. Even in that first week, she tried to disguise her very strong Brooklyn accent, but finally gave up that ghost and began talking like her true self shortly afterward.

Ratings dropped dramatically last year and have stayed pretty much on par this year with some key demos losing out. The View has been trying out many younger faces and one that is very strong is the running is “Orange Is the New Black‘s” Lorraine Cox, who’s appeared twice as a co-host on the show.

Personally, I used to enjoy Whoopi Goldberg as the moderator, but this season she seems to be on a real downer for some reason, and when a Hot Topic gets going at the table, she quickly changes topics. Now I know many times that because she’s got a producer in her ear telling her to switch, but this only makes the show feel less newsworthy as they have in the past. Goldberg’s been off the show for a, and it’s been much more enjoyable.

Many are calling for Nicole Wallace to step down, but I truly hope ABC doesn’t cut her out as she’s one of the few that’s very smart and reminds me of Meredith Viera and Lisa Ling. ABC is scrambling to find a young face that  hold her own with Goldberg and the funny but domineering Rosie O.