All News TV News 'Supernatural' Exodus aka Sympathy for the Devil
May 13, 2018

‘Supernatural’ Exodus aka Sympathy for the Devil

Now this isn’t about that other episode, this is about the latest episode of Supernatural, Exodus. I can’t believe I’m saying this again, but how can us fans not love Lucifer, at least in this episode? As a Christian, it sounds like terrible blasphemy and my Christian friends who stumble into this piece and not know much about the show would probably think I’m crazy. Swayed by the Devil and all that.

That it’s a conspiracy by the evil media to get us to like Satan, you know. Can’t help but feel shivers up my spine. Well, major SPOILERS in this one folks if you haven’t seen the episode yet. You have been warned. This has been a great episode in terms of acting, by Lucifer (Mark Pellegrino), by Sam (Jared Padalecki), and by Jack (Alexander Calvert). And by the way, I missed all the gray which I now realized has been back for a while now. The same gray atmosphere we’ve seen in the first two seasons of the show. That gray is in Apocalypse World.

Anyway, this picks up from what I saw as a bit of a disaster in Beat the Devil. (Both Lynn and Vinnie were in agreement on this in their reviews too). Lucifer brings Sam back to life as a gesture of good faith. Was he sincere? Perhaps. Bringing Sam back was a means to an end as he needed to be bearing gifts. Anyway, Lucifer manages to enter the survivors’ camp and even allows himself to be Enochian cuffed, again as a gesture of good faith, in order to get to know his son, Jack. Things get hairy for a while as Sam, Dean and Cas gang up against Lucifer and get in the way of Jack’s acquaintance. Jack does his disappearing act due to stress. Jack decides to get to know his father despite the objections of his ‘family’. Lucifer tells Jack more about himself and try to bond with his son, and even tries to bond with his brother Gabriel. Gabriel made a point that Lucifer introduced evil to man, and Lucifer doesn’t deny it but appears hurt by Gabriel’s rejection despite his apparent willingness to change.

In other matters, Mary opts to stay with the survivors to keep on fighting Michael, but Dean (Jensen Ackles) comes up with the idea of taking everyone through the rift in order for Mary to come along. They hatch up a plan to bring everyone along, but they need Ketch and Charlie who got ambushed because of a mole in the camp. Ketch really seemed noble by not selling out despite his torture as well as dropping his weapon when Charlie’s life was threatened. They manage to rescue Ketch and Charlie from an evil Castiel (Misha Collins). Yes, there’s an evil Castiel with vicious twisting lips and a weird accent. There was a theory that the angel ‘commander’ in previous episodes was AW Castiel, and that may still be true, and this AW Castiel eventually found AW Jimmy Novak. Anyway, AW Castiel seems to be an interesting future character, but the real Castiel capped that prospect real quick.

Before that, on the way to Bobby’s camp, the group was confronted by a squad of angels that Lucifer dispatched very quickly. The Enochian cuffs meant nothing to his power but him hiding his power and destroying the enemy angels seemed again like another gesture of good faith. 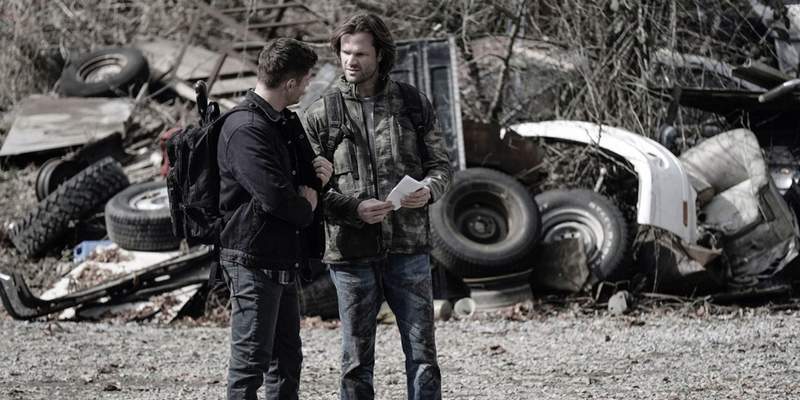 Jack plans to fight Michael first before leaving, but Lucifer dissuades him. Perhaps as a real gesture of love and concern. The survivors agree to go to Prime Earth, so they make it to the portal before any angels arrive. Most of the survivors make it including Ketch and Charlie. Rowena is surprised to see Ketch as was he to see her. Michael arrives, and all that’s left to go through are Sam, Dean, Lucifer, and Gabriel. Lucifer decides to fight Michael but is easily beaten. Gabriel decides to also fight Michael despite his weakness. While it’s going on, Dean goes through leaving Sam and injured Lucifer. Gabriel gets killed by Michael but Sam pushes Lucifer away from the rift trapping him with Michael. 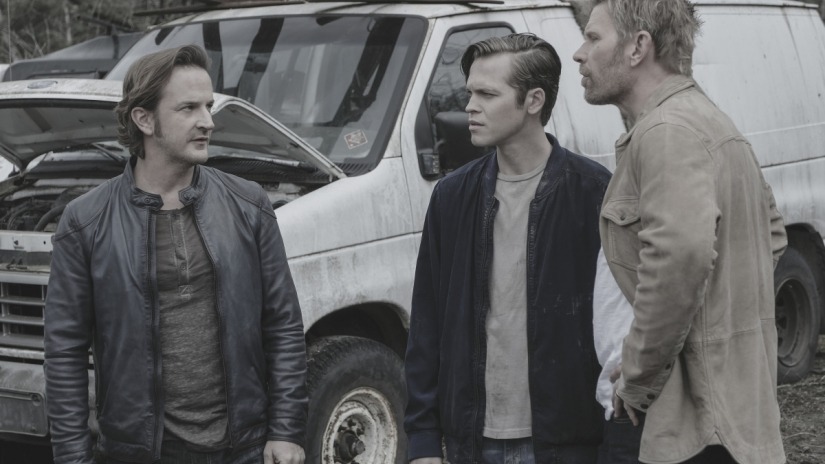 Now we know we’re supposed to hate the devil. We should be happy that he’s trapped, again with Michael, in an interdimensional cage. But we’re not. Lucifer as a character has become truly sympathetic. We’re shown albeit rather quickly how immediately disillusioned Lucifer became in heaven. By then he had it all, and I was awed by what kind of damage he could do while in heaven. He wanted God’s throne, but it was ultimately empty after all these billions of years. That his previous beef with the Lord was childish at best and all that concerns him now is his son, Jack. It seemed that Lucifer is the best ally against AW Michael and that he’s turning a new leaf, but Sam couldn’t take that chance. That Lucifer would become evil again and threaten Prime Earth. We can’t take that chance can we? But watching the episode, I felt like crying for Lucifer at Sam’s betrayal. That felt awfully low of Sam and quite a twist. I was really hoping for Sam to push the opposite way and face Dean’s disapproval. Then again, Sam really suffered much under Lucifer. So much that it’s logical not to blame him. But it still felt like a big betrayal.

Watching the survivors’ celebration, it felt really empty, especially while watching the forlorn Jack who seems to have taken a liking to his father. In the end, this feeling of sympathy for Lucifer was strong, and this episode is great for that effect.

Check out this Supernatural trailer for Let the Good Times Roll above and see what Lynn had to say about Exodus.