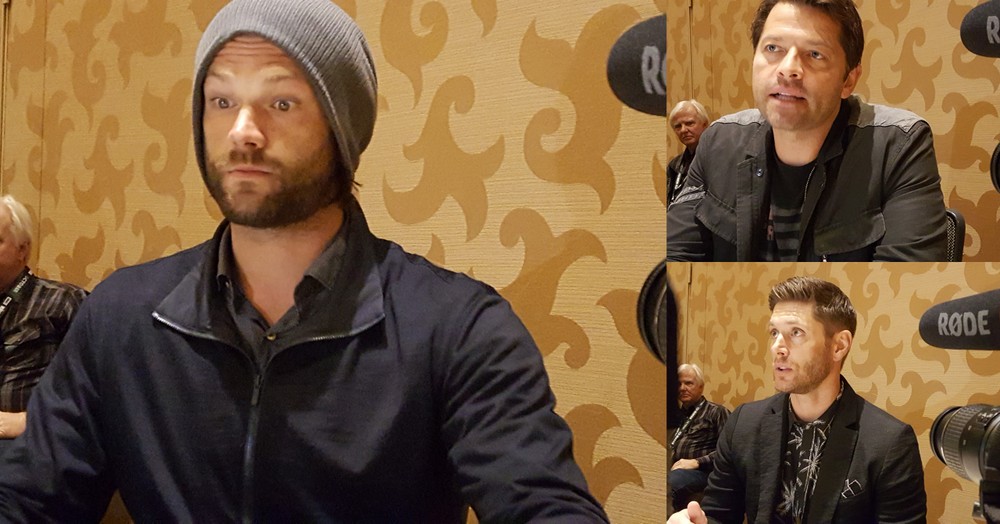 Nothing could top last year’s Supernatural panel with Kansas, but this year the stars were every bit as excited about the new season. Rob Benedict and Richard Speight Jr. returned to moderate, along with showrunners Andrew Dabb and Bob Singer, exec producers Eugenie Ross-Leming and Brad Buckner, and stars Jared Padalecki, Jensen Ackles, Misha Collins and Alex Calvert.
Fans were treated to a preview of Season 14 featuring Ackles as Michael, which as both shocking and chilling – and I can’t wait to see more! We also got to see the gag reel for Season 13 and can I just say that Supernatural gag reels should be about 8 hours long? At least.
The actors all teased their characters’  arcs for the new season. Ackles talked about playing the new character of Michael, with the built in challenges of not being Dean (and having to speak Arabic in the first scenes!) He nailed it of course, but it was still nervewracking. He also confided that he was most nervous playing Michael opposite one particular character – played by his wife! Ooooh.
It will be Sam, Cas and Alex to the rescue in Season 14, with Sam leading the charge. Jared says he’s ready for that challenge, and also that Sam is motivated a bit differently than the AU survivors, who are all focused on killing Michael. Sam, however, is determined to save his brother. And all I can say is, bring it!!
Misha Collins is also ready for Castiel to be part of the rescue team. Like Jared, Misha said that Cas has just one thing on his mind — save Dean. Heaven is still staffed by way too few angels, but Dean Winchester is the priority right now.
And once they have Dean back, it will be up to Sam and Cas to help him deal with the psychological aftermath of being possessed – if anyone understands what he’s been through, it’s going to be them. Now if he’ll only open up and talk to them!
Alex Calvert also talked about the emotional trauma that Jack endured last season – we left him sitting alone lost in his own pain as everyone else celebrated around him. Jack has been through alot, and it will be fascinating to see how he copes with the loss of his powers – and the loss of the dream of being with his father too. 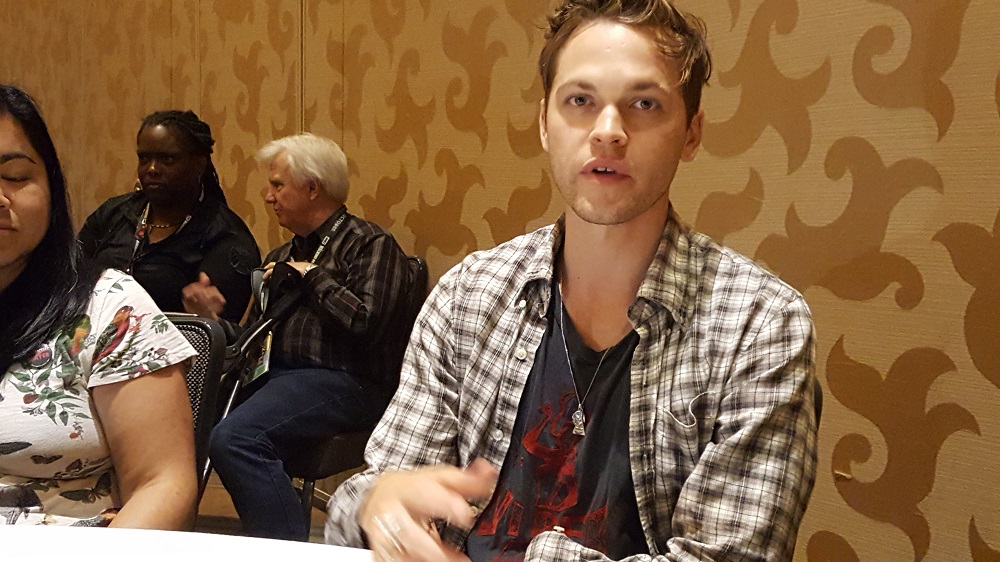 After chatting with the actors and producers and watching the sneak peek, am I even more excited about Supernatural Season 14? The answer is a resounding YES. Stay tuned for much more from Comic Con, including more Supernatural content!
RELATED NEWS
'The Boy's 205 We Gotta Go Now brings some Dean Winchester moments