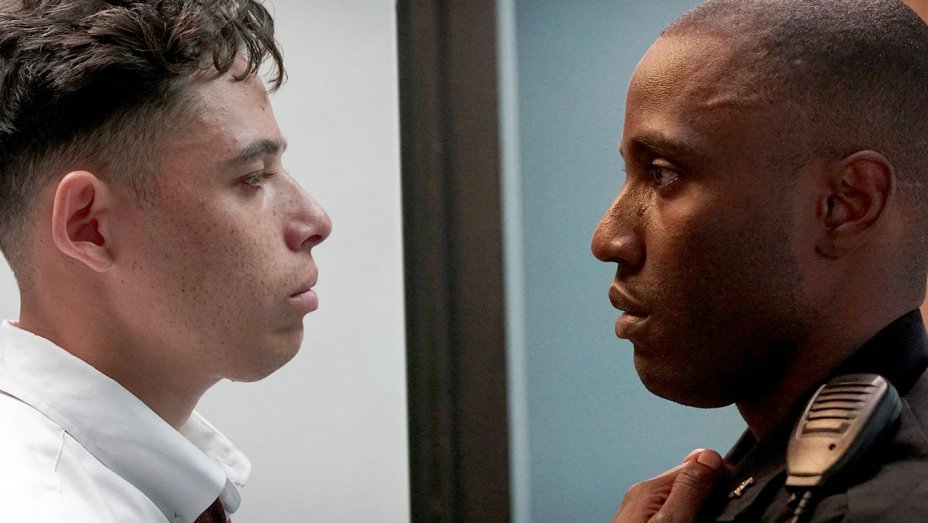 We’re coming down to the end of the 2018 Sundance Film Festival, and NEON seems to be the shining light for several films including Assassination Nation ($10 million plus deal), Three Identical Strangers and Monsters and Men.

See all of our coverage of the 2018 Sundance Film Festival.

As director David Wain (Wet Hot American Summer, They Came Together) said, “No publication was more consequential to changing culture in the world as much as National Lampoon,” and that’s the subject of his A Futile and Stupid Gesture biopic.

“To make a very popular comparison,” McHale said National Lampoon co-founder Doug Kenney was, “kind of like Hamilton in that nobody knew what he had done, but he really changed comedy.”

Below are the highlights from Day 7 of the 2018 Sundance Film Festival. 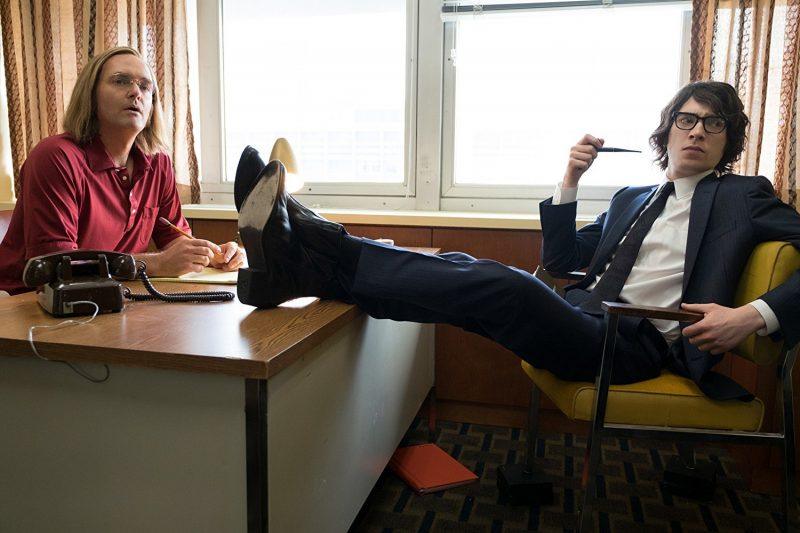 A Futile and Stupid Gesture

Doug Kenney, the unsung maverick comedy writer who co-founded National Lampoon and helped launch the careers of John Belushi, Chevy Chase, and Bill Murray, gets exactly the sort of irreverent meta comedy biopic he’d likely have wanted in A Futile and Stupid Gesture. David Wain’s star-studded film adaptation of the book by Josh Karp premiered Wednesday night and will begin streaming on Netflix this Friday.

Wain immediately establishes this as an unconventional biopic by employing an unusual framing device with 74-year-old Martin Mull as the imagined modern-day Kenney (though he actually died under mysterious circumstances at age 33). Always a welcome presence, Mull narrates the film on camera, selectively deciding which events to include. We’re soon introduced to young Kenney as an impertinent, whip-smart college student (portrayed by the always buoyant Will Forte) as he teams with pal Henry Beard (Domhnall Gleeson) to oversee the Harvard Lampoon just before it evolves into the iconic comedy mag National Lampoon. 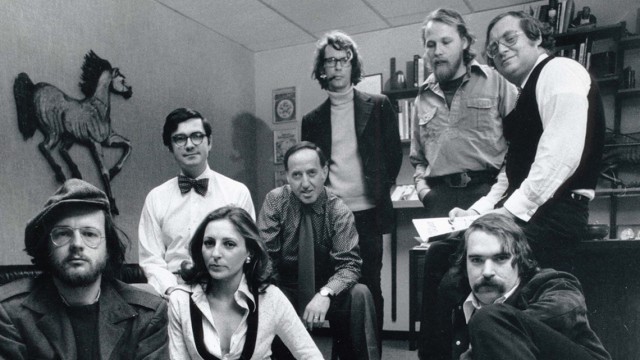 A radio show and live show spawned by that publication introduce a bevy of household names, including Chevy Chase (Joel McHale), and they go on to make Animal House. When the film becomes an unexpected blockbuster in 1978 (it was the highest-grossing comedy for many years), Kenney’s downward slide begins: his cocaine addiction escalates in an attempt to defeat the writer’s block that confronts him when he tries to create a follow-up. He eventually makes another comedy, Caddyshack, which, though underappreciated at the time of its release, does go on to inspire a devoted following. It’s a kick to see the behind-the-scenes making of these classic comedies, and whenever the film veers away from the comedic tone, a character will punctuate the drama with the Animal House battle cry “food fight!” The film also looks at Kenney’s strange passing during a hiking trip in Hawaii, when he either fell or leaped to his death, but it leaves his demise open to interpretation.

It’s a challenge to think of a director better suited to this material than Wain, whose reputation was made with his own cult comedy Wet Hot American Summer, which premiered during the Sundance Film Festival in 2001. During the Q&A following the screening, Wain told the audience that, having watched Caddyshack “ten thousand times as a kid,” he wanted to make a film about “someone whose name we don’t know, but he really invented the comedy I grew up on.” A Futile and Stupid Gesture will undoubtedly keep Kenney’s name alive for years to come. 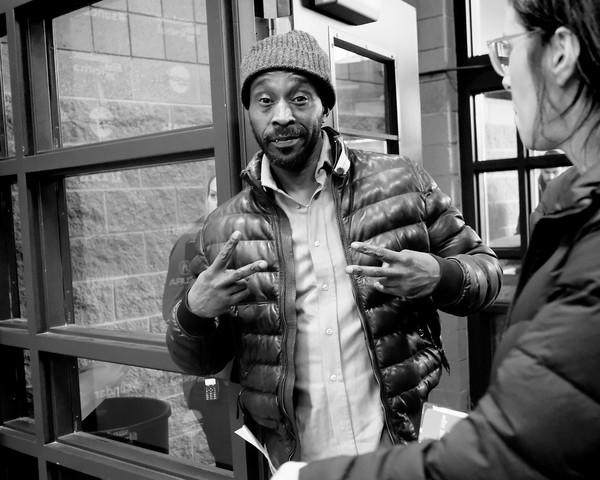 When director Reinaldo Marcus Green came to the 2015 Festival with his short film Stop, about a young black man who gets stopped by the police on his way home from baseball practice, he found himself in an intense conversation about the Eric Garner killing with a friend of his who appeared in the short.

“We saw two totally different [sides]. I saw a guy that I thought shouldn’t have died, and he saw something a little different — that it was unfortunate that he was dead but that he was resisting arrest. One thing led to another, [and] it was a really, really heated discussion with my friend. We kind of hugged it out afterwards. … But it was just honest. We were just honestly missing each other.”

Not only did that critical conversation inspire the idea for Green’s latest film, Monsters and Men, but that friend actually ended up appearing in the feature. The story follows the perspectives of three different men after a killing committed by the NYPD: that of a young father who recorded the act, a black police officer trying to make sense of the killing, and a high school athlete on the periphery who wonders whether he should get involved in speaking out.

With a triptych structure that dives into each point of view, Green explores the nuances of each man’s character. “The idea of the title is that we all have a little bit of good and bad in us. … And we can choose to turn a blind eye to the things that are happening around us or we can do something about it. We’re [all] human, and we have choices to make, and we have to live with those choices.”

However, Green admits that it’s not always easy to know what to do. “I think about my own personal life and how I can become more active or how I can become involved, and a lot of times it’s like, ‘Man, it’s such a big issue. I don’t know what to do.’ And the issue becomes so overwhelming that we end up doing nothing. And I just thought, that can’t be. Even the smallest thing, even just paying attention [can make a difference]. And that was really the start to [this film]. We’re not going to end racism with the film, but we could start a conversation.”

NEON, which made a big splash at the 2018 Sundance Film Festival when they spent over $10 million for global distribution rights to Assassination Nation along with Three Identical Strangers and a slew of other films picked up domestic rights to Monsters and Men, but the terms were not disclosed. 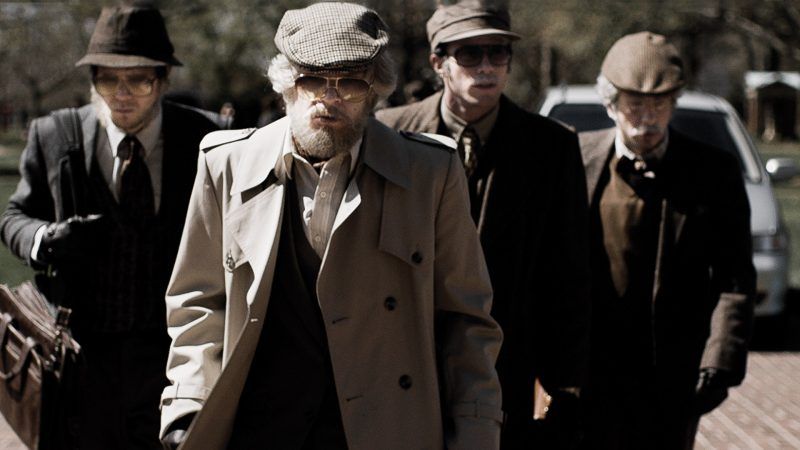 While the nimble, meticulously constructed heist film American Animals was presented as part of the U.S. Dramatic Competition at the Festival, hearing the filmmakers discuss their methods after its screening at the Library Center Theatre on Wednesday suggests that their unique creation also bears the heart and rigor of a documentary. It tells the true story of four middle-class suburban college kids in Lexington, Kentucky, who plot to steal rare and valuable books from their university library’s special collection and sell them on the black market. The protracted and, at times, shambling setup leads them to New York and Amsterdam, and ultimately to cross lines they’re both eager and horrified to traverse.

The events in question are performed by four young actors and staged with the gusto and resources of an ambitious fictional film, but director Bart Layton also intersperses interviews with the real foursome throughout the feature. And rather than serve as a contrapuntal element or arch flourish within the story, these interviews actually serve to anchor the narrative. As the filmmakers described, in terms of editing construction, these interviews were put together first, and the rest of the film was built around them. Layton explained that the script changed in crucial ways because of new information introduced by the subjects of the story. The original version was based on correspondences with the foursome when they were in prison — letters, emails, and phone calls. But then when they were released, which was deep into the film’s production, they were able to be interviewed on camera and convey much more than they had expressed through correspondence. “A lot of things came out of it, not least [of which was] the depth of emotion that you see, and the remorse,” Layton said. “So I actually had to put a pause on production to go back and rewrite based on exactly what had been in there.”

Though the actors do look very much like the real men they’re playing, Layton said he didn’t cast the actors to mimic their characters but instead sought an authentic dynamic between them, one that might resemble the dynamic between four young people with different, specific personalities and motivations for pursuing such a crime. Despite all four actors — Evan Peters, Barry Keoghan, Blake Jenner, and Jared Abrahamson — wanting to spend time with the real protagonists, Layton said his feeling was that “it wouldn’t have been helpful. They were 10 years older than they were when this happened. And most of those 10 years they’d been in prison — they were different people,” he said. “I thought that what I had put on the page was what they needed.”

Layton and producer Dimitri Doganis discussed the seemingly oxymoronic conditions for such an amateurish heist, and how this crime performed by these four young men potentially spoke to both larger societal issues and particular psychological ones. “Why would well-brought-up kids from quite good families end up committing a crime like this? They didn’t need the money. And did they even think they could get away with it? It didn’t really seem like it,” Layton said. In letters from prison, Spencer TK talked of being an aspiring artist who was frustrated by the dearth of experiences and tragedies to inform his work, and that piqued Layton’s interest. “Having a central character whose main fatal flaw is that he doesn’t have a flaw or a problem so he goes out to manufacture one” proved worth exploring, he said. “We felt that it was a way of telling a story about a very lost generation, a group of young people who feel a huge amount of pressure to have an identity, to be interesting. Fifty years ago, their dads would be the definition of success — food on the table, nice car in the driveway, all that. But for them that’s not a success, that’s mediocre.”

“I met them just after they got out of prison for the first time, and we were sitting in this amazingly picturesque pub in Kentucky, which looked like to me a picture postcard of the American dream: detached homes, SUVs in the forecourt, basketball hoops, literally picket fences. And I was asking them about their time in prison,” Doganis said. “And they agreed that their first two years in jail were probably the best time of their lives.” Considering the surroundings for this conversation, an idyllic and non-incarcerated landscape, he wondered how that could be. “They said it’s probably a simplification, but in a way we freed ourselves from all the expectations of what we should do, and what our parents expected of us. They knew it was a naive feeling and one that certainly didn’t last, but the notion that somehow growing up in the bosom of the American dream and what looked like it should have been the perfect environment was stultifying, whereas being in a federal jail felt like quite an exciting dynamic.”

“I wouldn’t recommend it, though,” said Layton.

MoviePass Ventures and The Orchard partnered to buy North American distribution rights for $3 million, and most importantly, the distributors are putting up a significant P&A commitment. Most filmmakers know this is what can get a film out there as most distributors don’t commit and this can be the death of many great films.