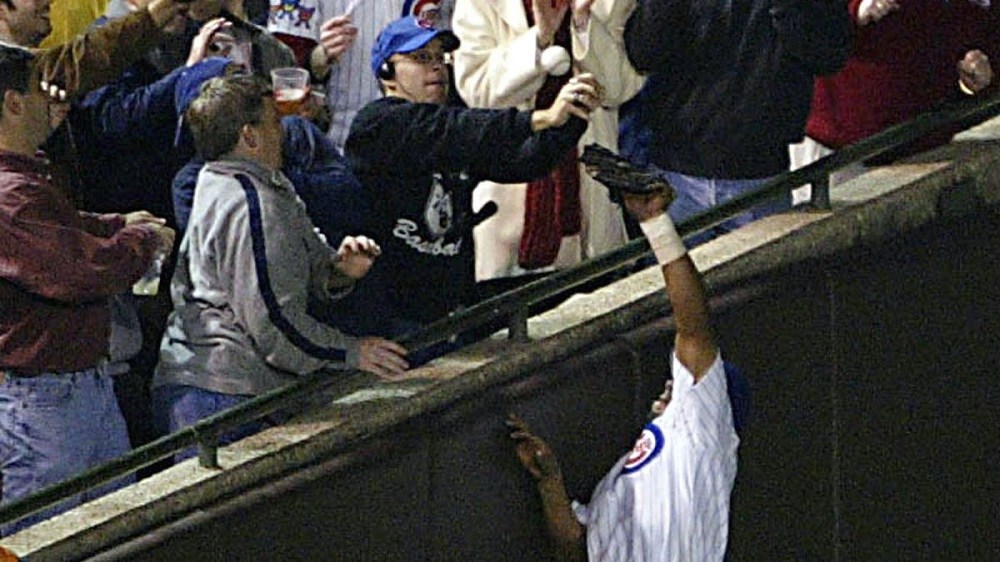 Leave it to nostalgic baseball writers to dream up insane ideas like having Steve Bartman throw out the first pitch for the Chicago Cubs in Game 3 of the World Series.

YAHOO!’s MLB columnist Jeff Passan presented this grand idea, and others have done the same. Why don’t these guys just head over to Bartman’s home and give him a wedgie, roll his yard, and drop a sack of flaming dog shit on his front step?

And burn his freaking house down on their way out.

Those acts of vandalism and arson would be kinder than asking a loyal fan to participate in something that basically ruined his life for a period of time.

If you’re new to this planet, Bartman interfered with a fly ball the last time the Cubs were anywhere near a World Series. And he was blamed for the meltdown that happened in that Game 6 of the 2003 National League Championship Series.

Afterward, Steve Bartman endured what is typical from idiotic sports fans. Death threats and scorn from grown men and women who, having no life of their own, felt like Bartman destroyed their entire world. 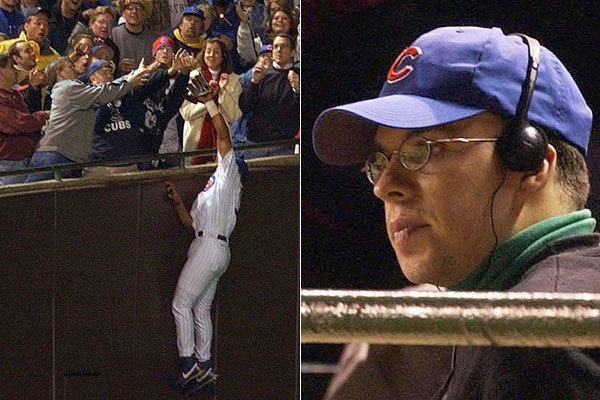 The guy was doing exactly what any other baseball fan would do if they had a chance to catch a ball headed for the stands. And yet there was no mercy shown to him.

Now these high-minded baseball writers feel like it would make for a great story of redemption if Steve Bartman would roll out for the first World Series appearance by the Cubs in 71 years.

They seem to think everyone would get a warm fuzzy feeling and old wounds could be healed. That would be pretty awesome if it played out that way. I love happy endings.

But, what if things went bad in Game 3 after Bartman stood on the mound to open the home game in Chicago? What if the Cubs lost that game, and never recovered, losing the World Series altogether

How the hell would that help Steve Bartman? It would be like him winning a ‘get out of Hell free card,’ and then winning a vacation package right back to Hades.

And in the back of the minds of guys like Jeff Passan, there is likely a tiny bit of hope that something bad would happen with Bartman. If his first pitch gets the crowd pumped and the Cubs crush Cleveland, then their story is easy to write. If the opposite happens, then it is easily the biggest story of the entire 2016 MLB season.

Of course, there’s zero chance that Bartman would ever go for any publicity stunt like this. He has long since disappeared from public life. Death threats will cause a bit of hermitism.

Steve Bartman apparently still loves the Chicago Cubs. But his opportunity to be a normal fan was ruined by his brethren. He has no interest in getting caught up in a controversy again.

Steve Bartman is too good to dwell with other human beings who put a baseball game above human decency. The fact that he had headphones on during that fateful night when his life got hijacked by rabid fans tells me that he wanted to be left alone with the game he loved back then.

He was totally focused on the game. Sight and sound.

His ability to enjoy a live baseball game wasn’t the only thing ruined back in 2003. This average Joe has probably never looked at his fellow man the same way since.

There’s no need for a Bartman appearance in the 2016 World Series. He’s already shown he is above the insane obsession with sports in this country. Wherever he decides to watch Game 3, the people around him will enjoy better company than they would among 41,160 potentially vicious fanatics at Wrigley Field.

All the good that could come out of a Bartman first pitch cannot outweigh the possible nightmare that could start all over again for this man.