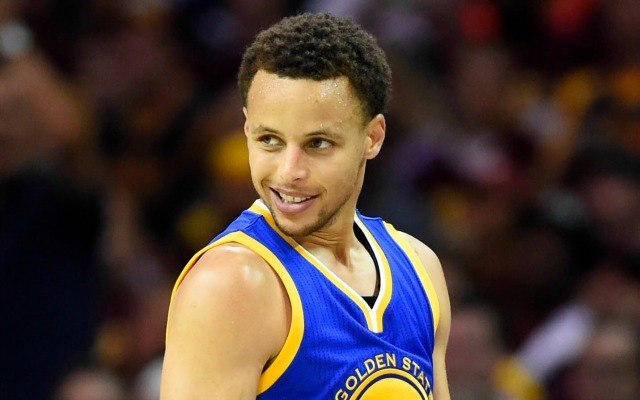 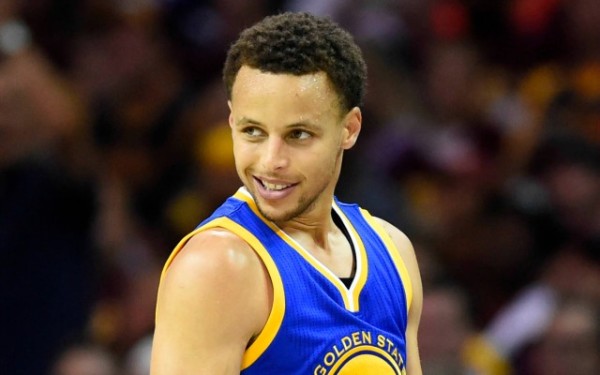 The 2015 NBA Finals looked as though they were heading Cleveland’s way following game three. The Cavs, playing at home for game four, had a 2-1 lead and appeared poised to take a commanding 3-1 lead entering play on Thursday night. However Golden State had other ideas as the Warriors came out strong in game four and leveled the series at two games a piece.

Steph Curry and Andre Iguodala were both pivotal in the Golden State victory. Curry, with four three-pointers, had 22 points and six assists while Iguodala also had 22 points.

Stephen Curry shook off Iman Shumpert with a dribble, stepped back behind the line and splashed a 3-pointer that seemed to submerge a mute button on rocking and rolling Quicken Loans Arena.

Curry clenched both fists, slapped his chest and yelled, “C’mon!”

At last, this was the MVP and these were the Golden State Warriors – so deep, so deadly.

Curry and Andre Iguodala scored 22 points apiece and the Warriors, showing why they were the league’s best team all season, squared the NBA Finals at 2-2 on Thursday night with a 103-82 victory over the Cleveland Cavaliers. 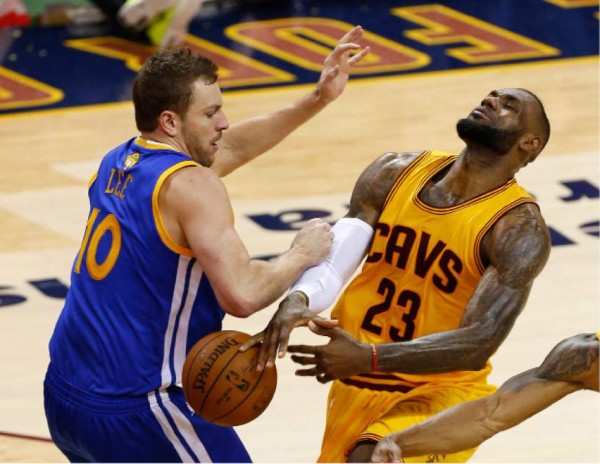 “Tonight we came in with the mentality that we had to win this game,” said Curry.

“We played desperate out there, man,” Klay Thompson said. “We played real hungry. It was just awesome to come out here and impose our will on both sides of the ball and play our brand of basketball. That’s what’s been winning us games all year.”

Conversely, Lebron James of the Cavaliers was not as active on offense as he had been in previous games in the series. King James had 20 points and twelve boards but the Cavs had received a lot more scoring from him in games one, two, and three.

LeBron James scored 20 points – 21 under his average in the series – with 12 rebounds and eight assists, but Cleveland’s megastar, who needed stitches to close a cut on his head sustained when banged it into a camera in the first half, didn’t score in the fourth quarter and couldn’t do enough for the undermanned Cavaliers.

The Cavs shot just 2 of 18 from the field and were outscored 27-12 in the fourth quarter. They also got nothing from their bench as J.R. Smith missed all eight 3-point attempts and Cleveland’s reserves combined to score seven points.

“Offensively we were terrible,” James said, noting the Cavs were 4 of 27 on 3-pointers. “Sometimes your offense just doesn’t show up.”

Missing All-Stars Kevin Love and Kyrie Irving, the Cavs didn’t have enough firepower and their legs were heavy after playing three games in five days against a team that comes in waves.

The Cavs looked tired, and played tired. But they’re not done yet.

“We’re in a three-game series for the NBA Finals,” coach David Blatt said. “Six months ago I would have bought that. We’ve got to go back to the drawing board, go back to work, play the best basketball we can and try to win this thing.”

Matthew Dellavedova, a player who suffered from cramps following game three, was also not as effective for Cleveland as he had previously been. He missed seven three point attempts in game four while barely chipping in with ten points.

The best player for Cleveland on Thursday night was arguably Timofey Mozgov. The center played well above his averages as he scored 28 points on the night in about 33 minutes played. Posting a double-double, Mozgov also had 10 rebounds in the loss.

The final score in the game was 103-82, by far the biggest spread the series has seen so far. The Cavaliers no longer have home court advantage in the series, meaning they must win a game on the road to win the NBA title now.

An attritioned team, Cleveland have been without Kevin Love since the opening round of the playoffs. Furthermore they have been without Kyrie Irving since game one of the finals. Game four was arguably where the shortage of players showed the most as players that were playing below par still logged big minutes.

Building off a strong fourth quarter in Game 3 that gave them confidence, the Warriors showed a sense of urgency from the outset and took it to the Cavs. Iguodala, who played so well coming off the bench in the first three games, made his first start this season and made coach Steve Kerr‘s decision look brilliant.

Known for his defense, Iguodala drained four 3-pointers, kept James in check and Curry, who finally found his range in the fourth quarter of Game 3, also dropped four 3s, including a deep dagger in the fourth over Shumpert to end any thought the Cavs had of a comeback.

Iguodala said he tried to make things tough on James, who went 7 of 22 from the field and 5 of 10 from the free-throw line.

“Make him work as hard as possible,” Iguodala said of his plan on James. “Make him take tough shots. You look at his strengths, you look at his weaknesses, and you try to take him out of his comfort zone. Sounds easier said than done, but we all have a lot of talent and when we go out there we want to make our stamp on the game.”

Draymond Green added 17 points and Harrison Barnes had 14 for Golden State, which didn’t lose three straight games all season while racking up 67 wins.

Since losing Game 3, the Warriors vowed to use the experience they gained when rallying from a 2-1 deficit against Memphis in the Western Conference semifinals.

Looking for a spark, Kerr decided to go “small” with his starting lineup, putting Iguodala at forward, moving Green to center and benching struggling big man Andrew Bogut. Kerr initially said he wouldn’t make any changes, but went with a lineup that worked well late in Game 3, when the Warriors scored 36 points and trimmed a 20-point deficit to one.

Shortly before tip-off, Kerr told reporters he was sticking with his usual first five.

“I lied,” he said. “I don’t think they hand you the trophy based on morality. They give it to you if you win. Sorry about that.”

Kerr got the result he wanted, but only after the Warriors withstood an early flurry from the Cavs, who scored the game’s first seven points.

“You’ve got to take a chance with the situation we were in tonight,” Curry said.

Golden State’s ball movement was better, the shots that didn’t drop in the first three games were on the mark, and the Warriors are headed home feeling much better about things.

The Cavs are perhaps fortunate that there will be an extra day off before the start of game five. That game, like both games one and two, will be played back in Oakland however it will not go until Sunday at 8pm ET. That will give Cleveland Friday and Saturday as full off days, perhaps rest that the Cavs need a little bit more than Golden State at the moment.