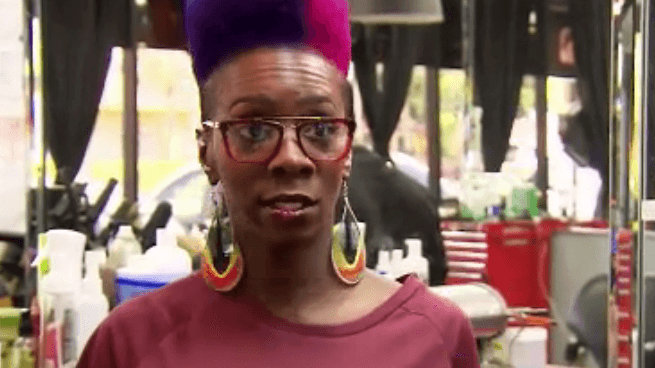 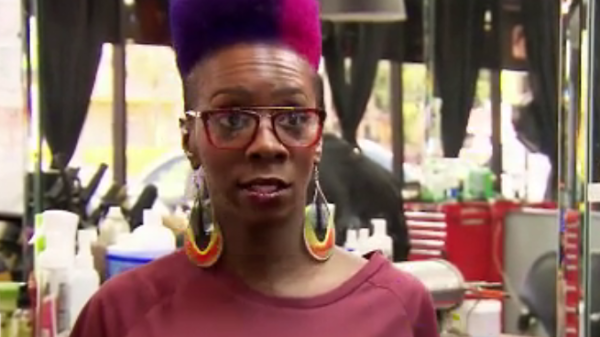 This week on Step It Up, the ante is pretty high as the dancers in both groups of YCDT will have the chance to audition for Icon Talent Agency, one of the most successful agencies in Miami. Traci’s dancers will also walk and dance in a fashion show of one of Traci’s designer friends.

Company dancers and Reps are very excited because having an agent is everything for a dancer and Traci is giving them both the chance to show her they are good enough to audition for Icon. She has the first round of cuts as she only plans to take the best five dancers to the talent agency. She teaches them a routine, auditions them and from how well they dance, determines if they move on to Icon. Janae has already obtained a place with the agency from the last time Traci took them to Icon, but she still rehearses with them because she wants to show her support. Jakriah, who does not have an agent yet, has a hard time getting the routine down, which makes her nervous because she really wants the chance to audition. Diaunte is also planning to take advantage of this time because “having an agent can definitely change your life.”

Traci is “very, very selective” and after everyone auditions for her, she lets them know that she doesn’t feel they gave their all. Some of them did well, but a lot didn’t, which is not good because she plans to have all five of her dancers signed this time around. Her reputation is also on the line, and she does not take that lightly.

“Do ya’ll really understand the severity of how crucial this is?” As she does cuts, Jakirah doesn’t make it but Diaunte does, so yay for him. The final five, including him, are Andrew, Armani, Tia, and Domuniuqe. When Traci dismisses everyone, Jakriah breaks down in Janae’s arms because she is most disappointed in herself.

The next day, as Traci makes her way to the salon, she talks about the fact that she is a trademark and when she walks out the door, she has to always “be on point.” So she pays a visit to her stylist Quietta, who has been doing her hair for over ten years.

Quietta offers her a color that is out of the norm for Traci, and she is not feeling it. “No.” Traci is all about her signature purple, pink and black. So as she tells her what she wants, they talk about Traci’s house situation and having her 13-year-old sister Sunshine living with them. Traci expresses how much her husband Jean is her everything. “I don’t know what I would do without him,” and Quietta agrees.

The day of the Icon audition comes, and the five dancers put it all on the floor, each showing “what they are made of.” Out of all of them, Armani is the strongest to me, but we’ll see what the three judges say.

When they finish, the judges “deliberate” and decide to bring only one into the Icon family. And that one person is Armani! The girl deserves it; she’s really good. Next up is the fashion show.

Traci heads back to the studio to whip the kids into shape, and they go right along with their coach. I have to say that you can tell she wants the best for her kids, and she makes opportunities for them to learn and put their best foot forward.

During her down time, she spends some QT with Jean, who has done a lot in the past few weeks with getting the studio ready. “I just want to salute and celebrate you.” He’s a super cutie, and they seem to have a good relationship, which is refreshing. She tells him that she wants to make more time for him, and the dinner doesn’t even add up to what he’s done for the family. Awww.

It’s time for the fashion show, and Traci is very excited for her dancers. “I just want them to be their most authentic selves.” She wants her dancers to step it up and to not embarrass her, which is understandable.

The fashion show they are walking in is for designer Tebo, who is having her first show ever in Miami. She has designed for A-list celebrities, so it’s super important for the dancers to “act right” and listen. Which seems to be a little hard for some of them as things are hectic, and a lot of them are on their phones. At one point, as Tebo tries to get them in line, while asking one of the YCDT dancers why she changed her make up, she naturally puts her hand in her face, and the girl moves her hand. “Okay, but don’t put her hand in my face.” Wow. The girl has an attitude, but whatever. Tebo tells her it was not intentional and told her to change her make up.

In the end, they get it together, and the show starts. Overall everyone from the dancers to those who walked the catwalk does a great job. Tebo is pleased, and so is Traci.

Next week is rehearsals for the Company and as always the stakes are major.