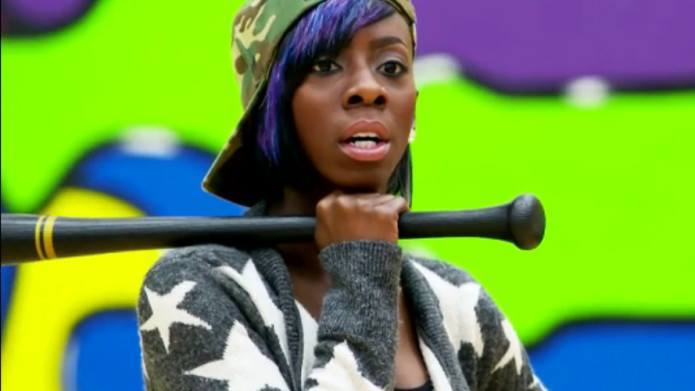 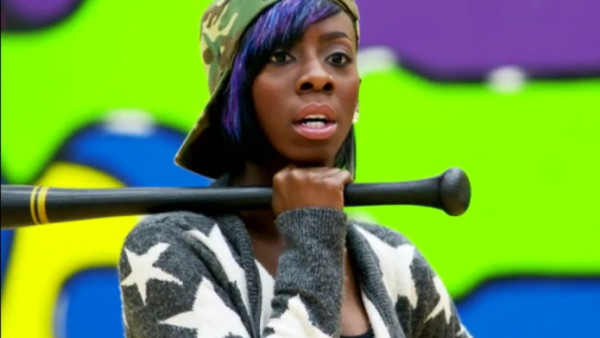 In the second episode of Step it Up, the team has been invited by the Chamber of Commerce of Miami to perform for a lot of art dignitaries and other big wigs in the city. “The who’s who of Miami” is what Traci calls it.

She holds an open audition, which means both the Reps and the Company dancers (reps are higher up on the dance scale) can try out for the performances for the special day. The only catch is that they can audition if they can do a triple pirouette. If not, she doesn’t want to see them. Damn Traci!

It’s important for Traci to have a balance in her life, so she spends some time with one of her oldest friends. They catch up and talk about her life, in particular, she asks Traci how she has been since the passing of her mother. She asks her if she has been thinking about having a baby since her mother really wanted her to. Traci brushes it off, but her girl gets very serious. She suggests that she and Jean see a doctor to make sure everything is good. Traci never thought about the possibility of them having trouble conceiving, even though they have been having sex regularly and haven’t gotten pregnant yet. So she agrees and sets an appointment.

At the next practice, she sends the company through the pirouettes and most of them are cut. Dontae, an enthusiastic member of the Company, makes it, which is a big deal for him because the triple is his weakness area. So that means he has the opportunity to try out. He gives his dance of choice a lot of thought since he knows that he has to perform at the highest standards to secure his spot.

Later, she and Jean visit the studio so that she can see the progress. Let me just interject here. Jean is a good husband because he is focused on giving Traci what she wants. From what they show on TV, she doesn’t always speak to him in the best tone, but he still works to make her happy. And the studio is what will make her happy, so he puts in the work to make it happen. We see that the studio is coming along but not as quickly as she wants. She tells him he’s not doing enough and orders him to do better. She even says that there shouldn’t be a day when the contractors are not working. Bish!

The day of tryouts come, and she lets’ everyone pick what dance they want to try out for- ballet, jazz or West African. Dontae picks the latter, which is clearly the hardest of the three. Jakirah and her brother Antonio, who is also a part of the Company, choose jazz. There are some good ones and some not so good ones, and you know with Traci, she is going to pick only the dancers that make her look great. Of all the people who tried out, along with nine others, Jakirah, Antonio and Dontae all make it.

Putting the dancing stuff aside, Traci and Jean go to a fertility clinic to make sure nothing is wrong with them. They meet with a doctor who talks them through the process, and they cross their fingers that everything is okay.

The day of the event is here. The dancers are excited and a little overwhelmed, but Traci tells them not to be intimidated. She is greeted by two of the organizers, and they pretty much tell her they need her involvement in the event to go over without a glitch. Of course, she’s got it.

The kids perform each dance genre, and they kill it. Everyone loves the variety of the dances and how the kids performed. Traci is also very proud. YCDT love the attention and the compliments and take in the splendor the event has to offer. Attendees even ask Traci for her contact information because they were impressed with the kids work. Afterward, they walk away with their heads lifted high and smiles on their faces.

Traci is thankful and proud because she knew her teams would kill it, but she does have a lot of on her plate outside of YCDT. Especially with getting the studio together and she and Jean trying to make a baby.

But she is a diva and a go-getter, and despite her over the top approach at times, she handles her business.