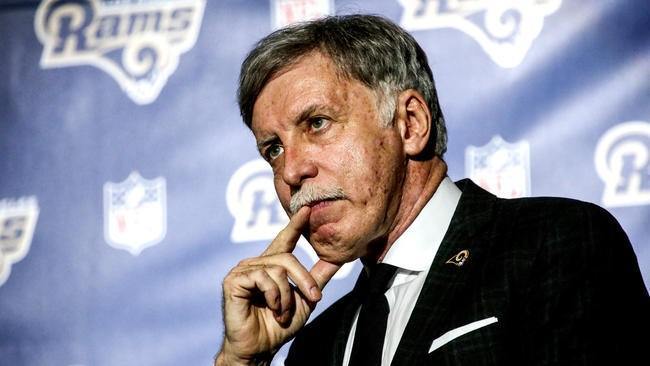 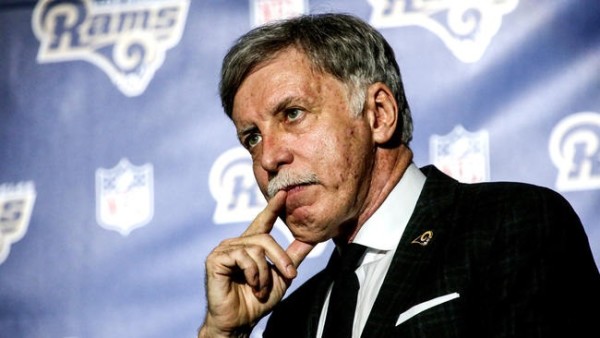 Everything is official. The St. Louis Rams are now the Los Angeles Rams, so all that’s left to figure out is…well, just about everything else—especially the money.

Rams owner Stan Kroenke will be taking a $1 billion loan from JP Morgan Chase for the new Inglewood Stadium, so it looks like he may have his finances figured out. The move is estimated to cost Kroenke about $3 billion before a single game is even played in the new stadium come 2019 or 2020—nearly half of his net worth.

That just leaves the city of St. Louis and the Rams’ players to figure everything out themselves.

Back in 1995, the city of St. Louis, Missouri, wanted an NFL team really badly. They wanted this team so much, that the local governments put up for a 30-year, $720 million loan for a new stadium. Now, with the Rams moving out, the city of St. Louis and St. Louis County will be stuck paying the entire $12 million annual bill. The Rams were chipping in $500,000 a year for their use of the stadium, but now the taxpayers will be picking up that charge as well.

I don’t like referring to the $129 million the city still owes on the stadium loan as “not a lot of money,” but with respect to the move as a whole, that’s really a drop in the bucket. Everything that Kroenke did in relocating the team is completely legal, but it doesn’t seem right to leave the taxpayers of the city with the rest of the bill and no team.

The Rams’ players will be battling expenses of their own cost by the move. Time to uproot your life and family and move 2,000 miles west, guys.

“We weren’t ready for it,” said retired kicker Matt Stover, who recalls a similar situation he experienced first-hand when the Cleveland Browns moved to Baltimore in 1996. “We had no control over it, and we were under contract, so we were obligated to go. I’m hoping the Rams organization will take care of their players. There should be a financial package for the players moving to L.A.”

Sure, these guys make a good bit, but realtor and closing fees add up, not to mention the tax increase going from Missouri to California.

I’m sure as hell not going to cry for these players as they try to tackle the real estate market, but maybe we could just stop moving teams? I’m talking to you, Shahid Khan.