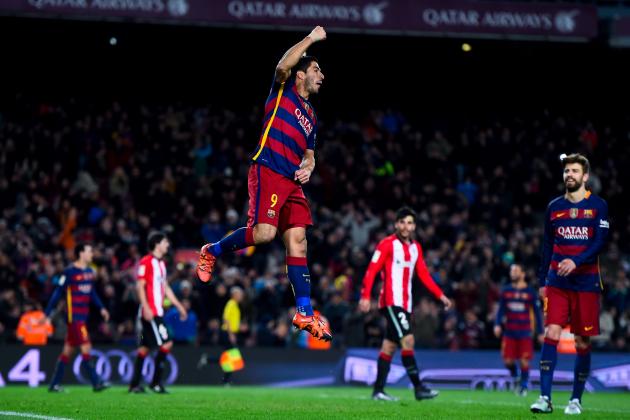 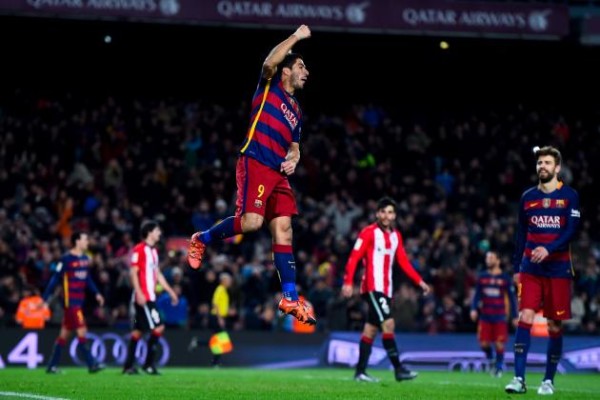 Athletic Bilbao’s Iraizoz Moreno received his marching orders, after a tackle on Suarez in the box, in the 4th minute of the match, allowing Barcelona to take the lead with Messi making no mistake from the penalty spot. Neymar added the second at the half-hour mark, and Luis Suarez netted a second-half hat-trick in the absence of Messi, who was taken off by Luis Enrique at the break. The Catalan giants have played 19 games so far and with a game in hand, they are two points behind the league leaders, Atletico Madrid.

Barcelona boss, Enrique, explained his decision to substitute Messi at the half-time break.

“He’ll have testing tomorrow, and we’ll see. It looks to be nothing serious, but I preferred not to risk it,” Enrique said.

The former Barcelona player had words of caution for the fans and players. According to him, the red card to Iraizoz Moreno made the game very easy for them, and the Copa del Rey clash against Athletic Bilbao won’t be similar.

“The Copa del Rey game at San Mamés won’t be anything like what happened in this one,” he said, in reference to the early expulsion.

“The game changed completely following the penalty. Things became more comfortable for us, it became a game that we had to close out, we had to work on positioning and on creating scoring chances,” he said

Real Madrid scored four goals in the opening 18 minutes of the match against Gijon. Cristiano Ronaldo and Karim Benzema scored two each while Gareth Bale scored one in the 5 – 1 win at the Santiago Bernabeu. Los Blancos are four points behind the city rivals Atletico and they face Real Betis away from home next weekend.

Gary Neville’s Valencia was unable to pick up three points when they played host to Rayo Vallecano at the Mestalla Stadium. Alvaro Negredo scored a beautiful goal from the half way line, but it all went in vain as they drew 2 – 2 at home. They have dropped down to the 11th position in the league table and a top four finish seems highly unlikely now. They are 16 points behind the fourth-placed Villarreal and eight points behind the sixth-placed Sevilla.

Levante, Gijon and Rayo Vallecano are currently struggling in the relegation zone. Levante defeated Rayo 2 – 1 on Saturday, but they are still at the foot of the table. Granada picked up an impressive 2 – 1 victory over ten-man Sevilla at the weekend. Granada would certainly want to build on this massive result as they are only a point away from relegation pit.