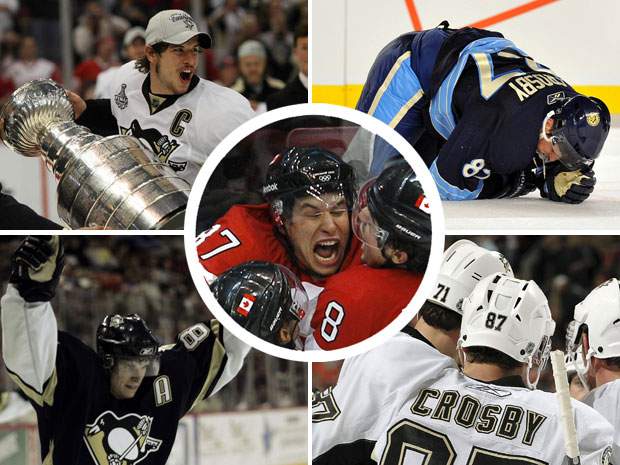 April 9th will mark the end of the 2016 NHL playoffs as sixteen qualifiers will battle it out for the Stanley Cup. With a couple weeks to go, there is plenty of work left for teams on the bubble and for teams looking to improve their playoff seeding. On that topic, it’s been noted that no Canadian-based franchise is likely to qualify for the playoffs this season, however, there will be plenty of Canadian players in the upcoming post-season. For example, Canada’s top player, Sidney Crosby, has put together another exceptional season with the Pittsburgh Penguins.

Heading into Tuesday, Crosby is third in the NHL in scoring with 76 points to his credit on the season. With Tyler Seguin out for the balance of the regular season, Crosby appears likely for a top-three finish, and he might surpass Dallas’ Jamie Benn as well.

Averaging just better than a point-per-game on the entire campaign, Crosby has been particularly effective of late. With several multi-point nights recently, Crosby had 2 assists in a 6-2 win over Washington on March 20th. The Canadian also had two helpers against Philadelphia previously and two goals against Carolina last week.

According to NHL.com’s “Trending” stats, Crosby has been the most effective scorer in the NHL over the last ten days. Very related to that is the number of wins that Marc-Andre Fleury, Pittsburgh’s goaltender, has been tallying.

The Penguins certainly aren’t guaranteed of anything right now, but they are starting to look better and better as playoff contenders. Currently, Pittsburgh are just two points behind the New York Rangers for second spot in the Metro Division. With Crosby hot, the sky is truly the limit for this Pittsburgh club, one that has now won six games in a row.

Washington, following the four-goal loss, have to be considered particularly vulnerable to a Pittsburgh surge. Keeping in mind that there’s a lot of parity in NHL playoff results, a potential second-round match-up could be looming between the two clubs. Should it take place, it’s one that promises to put a ton of pressure right square on Alex Ovechkin’s shoulders.

After all, if Washington lose ahead of the Stanley Cup finals, with Ovi playing below par, it will affirm his reputation as a playoff underachiever. If Pittsburgh suffers a defeat, Crosby will face some questions, but no one could call him a choker based on the 2009 Stanley Cup and his clutch goal at the Vancouver Olympics.

Next up for Pitt, is a game on March 24th against the New Jersey Devils as the Pens look to extend their current streak to seven games.