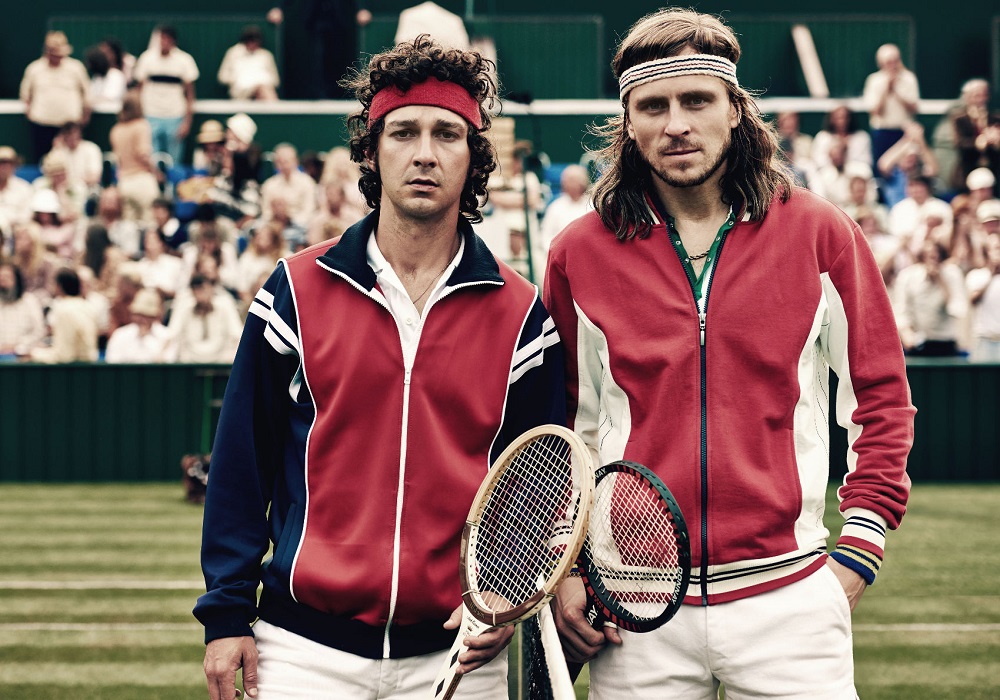 “Borg,” a 2017 movie, promises to attract the attention of some Star Trek fans. When I was looking through the 2017 releases and saw the title, I figured it was a reference to The Borg, an alien race that antagonizes Jean-Luc Picard and his crew in “The Next Generation” of the Star Trek story line. However, the title actually refers to Bjorn Borg, a tennis player considered to be one of the greatest of all time. On clay, resistance was definitely futile against Borg as only Rafael Nadal is considered to be a stronger player on the surface.

A Swedish actor named Svennir Gudnason will play Borg in the 2017 film while Shia LaBeouf will play John McEnroe, an antagonist of Borg’s during their playing careers. It will be interesting to see how McEnroe is portrayed as he is one of the most ill-tempered tennis players of all time. In fact, his poor temper is such a defining aspect of his playing career that it would be difficult to ignore in a film where his character is portrayed at any significant length.

Back during McEnroe’s career line calls were all eyeballed without the benefit of hawkeye shot spotting for double checking. The in-match arguments between umpires and players were often heated, and McEnroe became famous for his on-court temper. Tennis can still have controversies, but the line challenging technology that is used today has certainly taken a lot of verbal tirades out of the picture. McEnroe wasn’t the only one who participated in them, but he definitely comes to mind as one of the least evenly-tempered athletes in modern history.

Borg won 11 Grand Slams during his career, all at Wimbledon and the French Open. He only contested one Australian Open and never won a US Open final despite making four finals. But Borg didn’t both “live long and prosper” as a tennis player as he is well known as an early-retiring athlete. The Swede never contested a single major after the age of 25 and, even by tennis standards, that’s a very early age to complete a career. 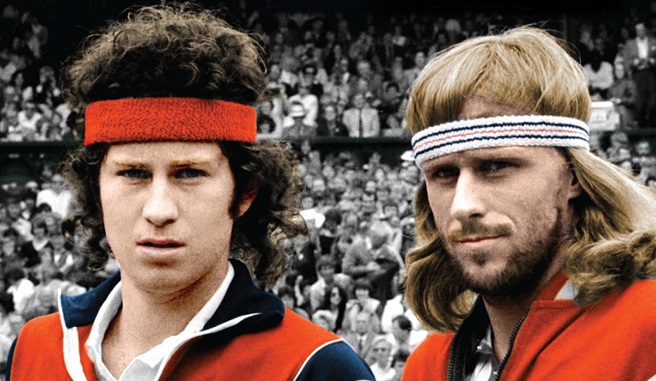 “Borg,” the movie, will focus on the 1980 Wimbledon final, according to the film’s IMDB web page. I’m not sure if it’s a plot spoiler to mention who wins the match, so I’ll abstain just in case. But I decided to scan over the names of the characters in the film for tennis players, and I noticed Vitas Gerulaitis, Ilie Nastase, Arthur Ashe, and Jimmy Connors as the standouts.

Connors is a name I expect younger tennis fans to have some familiarity with as the American made No. 1 in a career that extended into the 1990s. The late Arthur Ashe, who also made No. 1, currently has a court at the US Open named after him. Nastase also made No. 1 on tour, in fact, the Romanian was the first World No. 1 when the computerized rankings were introduced in August of 1973. Gerulaitis, who won the 1977 Australian Open, might escape all but the more dedicated or elder tennis fans.

When I really picked things over for tennis player characters, I also found Ismail El Shafei, Peter Fleming, Tenny Svensson, Kjell Johansson, Rob Frawley, and 1977 French Open finalist Brian Gottfried. El Shafei, Frawley, and Gottfried were in Borg’s draw to the 1980 Wimbledon final while Fleming was in McEnroe’s draw (as was Jimmy Connors). That explains why those players are in the film. The other players just listed are Swedish like Borg so perhaps they enter the plot as compatriots. Among the actors/actresses at IMDB, I don’t see any tennis players, so any cameos will be surprise ones. 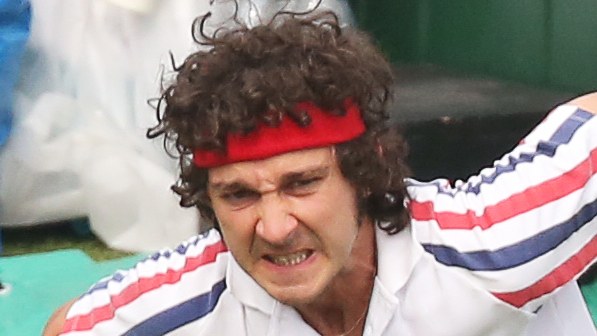 IMDB lists a release date of September 2017, and the reviews are not out yet. There really aren’t a lot of good tennis movies that I can think of so, while we might debate the all-time tennis player greats, if “Borg” the movie is better than Stifler’s “Balls Out” or 2004’s “Wimbledon” then it would probably be the GOAT for tennis flicks.

The one person who hasn’t been too thrilled to see Shia LaBeouf portray John McEnroe is John McEnroe.

His biggest response was “Be accurate,” not long after photos surfaced of LaBeouf hitting right-handed on the movie set. McEnroe is a lefty.

“I don’t know if they are planning on doing the whole movie without input or any type of arrangement from me or Bjorn,” he said. “I haven’t seen anything, and they’ve already started the movie.”

LaBeouf himself has drawn comparisons between him and McEnroe, saying they have everything in common. Both men are “passionate. Perfectionist. Narcissistic. “I’m a bit of a caricature also,” the actor told media outlets.

McEnroe has responded to that comparison recently.

“Supposedly he’s crazy, so maybe that works. I’ve never talked to him, so I don’t know how he could play me.”