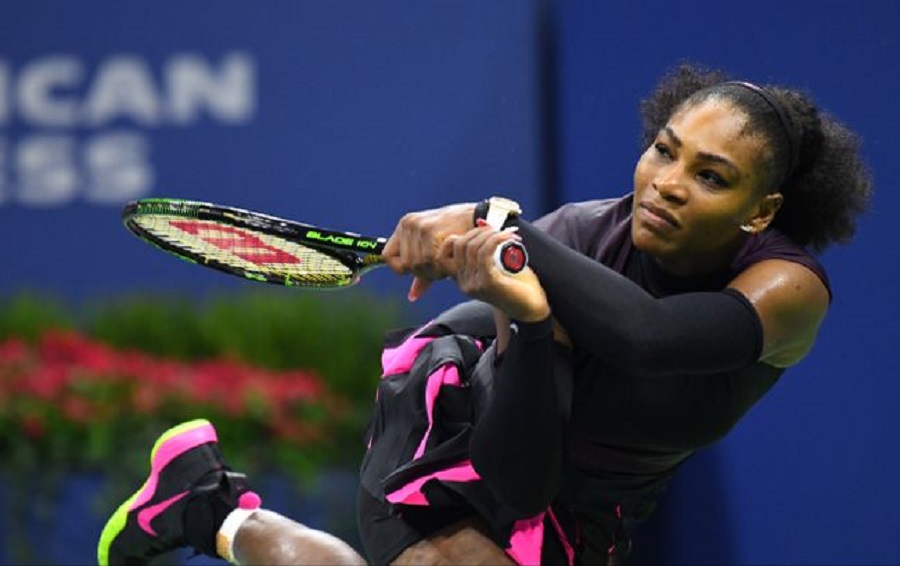 Serena Williams was determined not to get washed out of the 2017 Australian Open like so many of the top rankers like Andy Murray and Novak Djokovic. She had her back up against the wall, but she did what she does best. Excel under pressure.

With her serve misfiring and the ball coming back at her from some irregular angles, it was time for Serena Williams to go to Plan B.

Williams knuckled down and just scrapped her way to a 7-5, 6-4 win over No. 16-seeded Barbora Strycova on Monday to reach the quarterfinals of the Australian Open for the 11th time.

Despite the four service breaks – two in the first four games – and 46 unforced errors, and with the fluky net cord and the off-balance, scrunched-shoulder backhand that bounced flatly and clinched her the first set on her eighth set point, she ground down Strycova.

“It’s good to know I have a Plan B, or Option 2. I wasn’t serving my greatest today, also she was putting a lot of returns in there,” said Williams, who had a first-serve percentage of 45, and made four double-faults. “I feel like it was really good for me to win on probably not my best day, which is always good, because sometimes you rely on one shot and if it goes off, and then, like, what happens now?

“It was really good for me to almost lose that, so I know my other game is going pretty good, too.”

That keeps Williams on track in her bid for an Open-era record 23rd Grand Slam title. If she gets there, the 35-year-old American will regain the No. 1 ranking as well from Angelique Kerber.

Next up, she’ll face No. 9 Johanna Konta, who beat Ekaterina Makarova for the second straight year in the fourth round.

She’s excited at the prospect of a quarterfinal with Williams, one of her inspirations as a young player.

“She’s one of the few players still playing I watched growing up,” Konta said. “It’s an incredible honor, and I can’t wait to share the court with her.”

Williams’ fourth-round match started with four straight service breaks, with only two points going with serve. There were seven service breaks in the first set – with Williams getting the decisive one in the 12th game.

She broke Strycova’s serve early in the second to establish a lead but was broken while serving for the match. She finished off in the next game with another break of her own, her sixth of the match.

She was relaxed after the match, retelling a story about her recent engagement and genuinely pleased she’s still in the tournament.

“I live in a movie and in a fairytale in my mind, so I guess eventually it was bound to happen,” she said, talking of the circumstances of the marriage proposal from Reddit co-founder Alexis Ohanian.

Kerber, who beat Williams in the final here last year and then ended the 22-time Grand Slam winner’s 186-week streak at No. 1 by winning the U.S. Open, was upset in the fourth round at 12:06 a.m. in a straight-sets loss to CoCo Vandeweghe.

It was Kerber’s first major as top seed and as defending champion. Williams has been there before, and relied on her experience to stay in contention in the bottom of the draw.

“I love pressure. I feel like I deal well with pressure,” said Williams, who has won the Australian Open six times. “Honestly I have nothing to lose. I’ve won enough. … Everything is a bonus for me right now. It’s kind of a little relaxing.”

Kerber’s exit followed a chaotic middle Sunday when both top seeds went out of the tournament – top-ranked and five-time finalist Andy Murray‘s was upset by No. 50-ranked Mischa Zverev.

The Murray result “was very shocking,” Williams said, adding that she went to bed before Kerber’s match because it was getting late.

“But it’s been a couple of interesting weeks for Angie. You know, she’s been dealing with a lot,” Williams said. “I think she was able to handle it the best she could.”