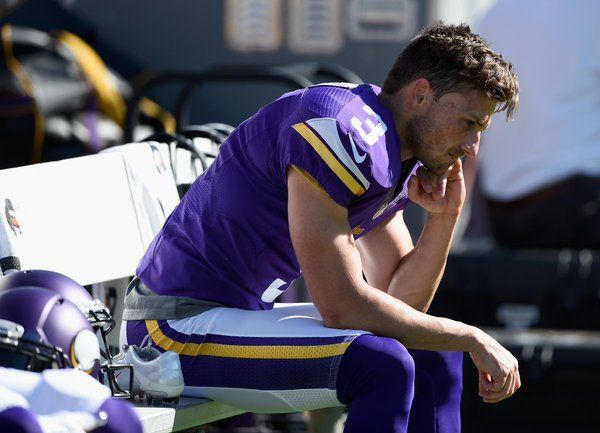 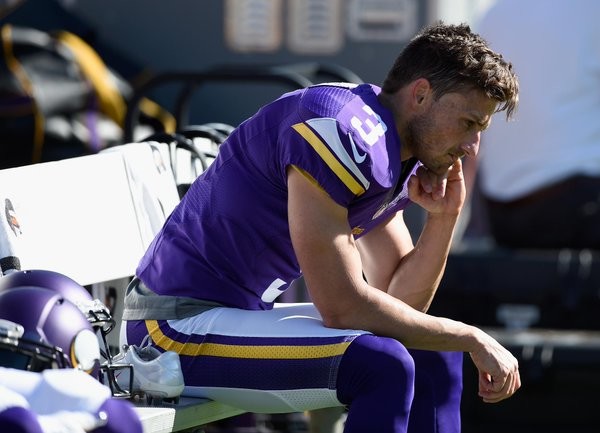 There has got to be a special place in hell for kickers. I’m not saying the Vikings’ Blair Walsh will reside in the pits of Hades for eternity, but I would not be the first to rule it out either.

Minnesota does everything in their power to knock off the two time defending NFC King Seattle, yet it all comes down to a 165-pound kicker. All those practices. All those weights lifted. All those tackling drills. The weeks of film study. The endless coach-speak about fundamentals.

ALL THAT WORK AND ROUND ONE OF THE PLAYOFFS COMES DOWN TO A FREAKING KICKER.

And the guy cannot do his job. What should have been an easy kick of 27 yards goes as far left as physics allows and Seattle advances to play Carolina next week.

Minnesota is left to pout over a game that they had in the bag even before Blair Walsh took a satchel full of twenty dollar bills and headed for the Caribbean to live out his remaining days…allegedly.

The Vikes were ahead at halftime 3 – 0. A lead worthy of a parade after getting trounced by Russell Wilson and company just a couple of weeks back in the regular season.

They would lead by as much as nine before Russell Wilson started his afternoon magic show. The Seattle escape artist had a hard time eluding the Minnesota front on Sunday but did manage to find Tyler Lockett on a broken play that set up a TD to Doug Baldwin two plays later.

That cut the lead to 9-7 Minnesota.

Seattle wasn’t done as they marched down after an Adrian Peterson fumble to ripped the lead from the home team with a field goal to go up 10 – 9. If there’s a more trusting quarterback than Wilson of his wideouts in the NFL, I have not witnessed them play in 2015.

After both teams traded punts, the Vikings had the ball with 1:42 left. Bridgewater benefited from a PI call on Cam Chancellor and also hit Kyle Rudolph on a big pass play to get close to field goal range. It would be Rudolph’s first catch of the game.

The Vikings ran Peterson a couple plays to kill the clock and inch even closer for the Blair Walsh kick.

With just 26 seconds left to play, Blair Walsh punched his ticket to hell as his kick sailed so far left it missed Donald Trump by 8,221 miles.

I can feel the conspiracy theorists rushing over the walls of Twitter as I type. “How could a kicker miss a 27-yard field goal? #RIGGED!”

Kickers are people too….I guess. But the guy had hit

30 / 31 kicks from the 20-29 yard range in his career and was perfect on the year. Until today against Seattle who will be a much better ratings hit for the game with Carolina next week and possibly the Super Bowl at the end.

I am a lover of sports.

I hate to think any game is fixed.

But I cannot deny the possibility of a kicker being paid to shank one for a couple hundred grand. A kicker is the most likely prospect to approach should a shadowy figure want to alter the outcome of typically close NFL games.

With that, Walsh should be cut immediately. He either did something shady or he choked. Either way, he does not deserve to keep his job in Minnesota.

I realize this is a human being with emotions and a family for which he has to provide. But if he were honest about the situation, he would agree that he should be fired.