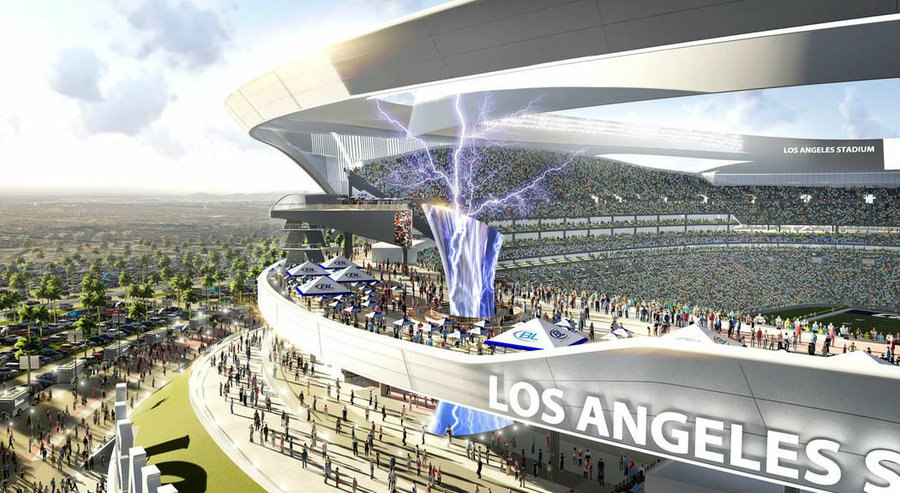 The San Diego Chargers and owner Alex Spanos may finally get that new stadium after years of complaining.

The team has proposed a plan for the new super-stadium (which will actually be a 65,000-seat football stadium and downtown convention center in one) in which the Chargers will cover $650 million of the $1 billion total cost, with the other $350 million being supplied by the city through a 4 percent increase in San Diego’s hotel tax. The organization will keep all game-day-related revenue and agree to remain in the city for at least 30 years. The city will retain revenues from any other events held at the new stadium.

“After more than a decade, the Chargers are putting forward a plan of their own, and San Diegans may finally have the ultimate say on a new stadium in November,” said Mayor Kevin Faulconer. “The convention center element makes this proposal more than a stadium, and the long-term future of San Diego’s tourism economy is now intertwined in this plan.”

The team will need to gather slightly over 66,000 signatures by the middle of June for the proposal to earn a spot come Election Day 2016.

The team’s offer comes after things came to a boil earlier in the offseason. There have been rumors all year about the possibilities of the Oakland Raiders, San Diego Chargers, and St. Louis Rams making moves to Los Angeles, California, and the Rams were the first to jump on the opportunity after the season ended.

The Chargers have been working with the Raiders on a potential stadium for the two teams in L.A.; however, the people of San Diego seem to have a good chance of keeping their team in place moving forward.

The Chargers have also been approved to move in with the Los Angeles Rams when their new stadium is completed in 2019 if they are unable to get an acceptable stadium deal from San Diego.

Fans need hurry up and find that petition, after all, you won’t have to pay for it, the visitors will.