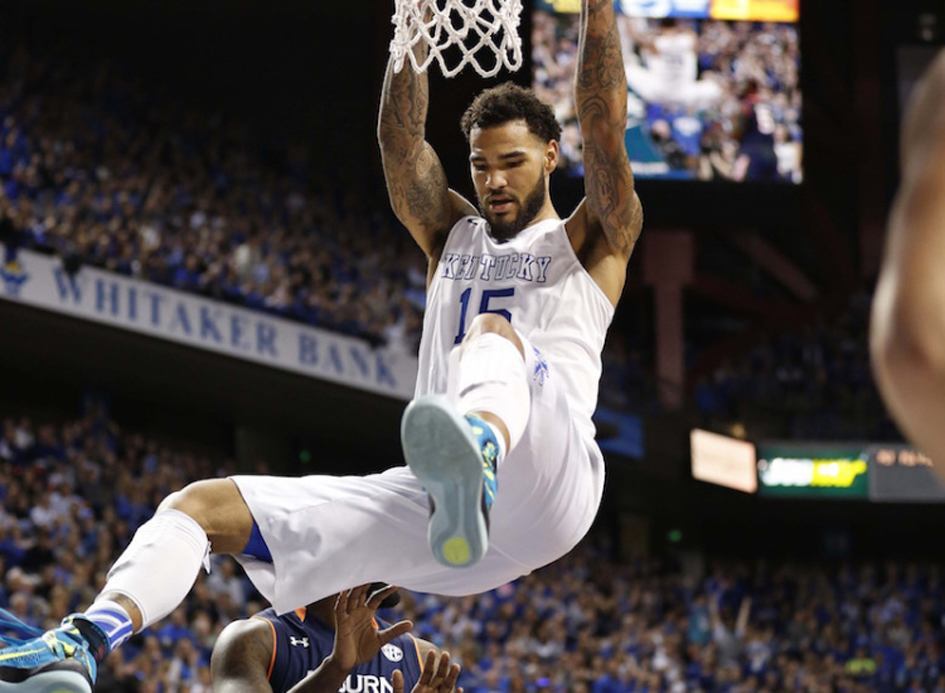 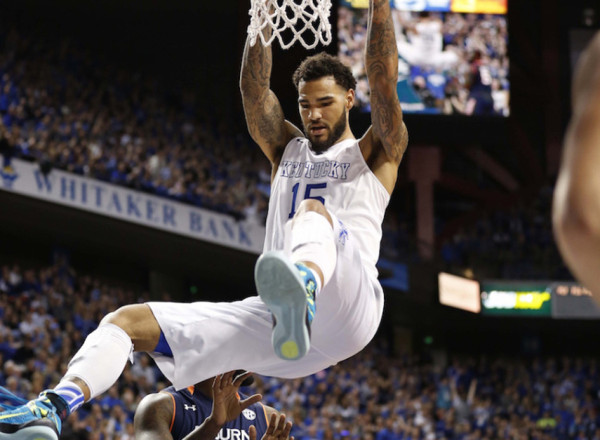 With the 6th overall pick in the 2015 NBA Draft, the Sacramento Kings surprised the majority of basketball fans by selecting Kentucky big man Willie Cauley-Stein while both Justice Winslow and Emmanuel Mudiay were still on the board.

Unlike Winslow and Mudiay, Cauley-Stein can’t lead this team from the offensive side of the ball. Instead, he is a defensive specialist who can play from the paint all the way out to the three-point line without a problem and has proven multiple times that he can guard just about anyone in the game at any position.

That’s cool, but the Kings need a lot more than that. So why’d they take him? After all, Cauley-Stein wasn’t really slated as a No. 6 overall kinda guy; he was expected to go more in the early teens, maybe slip in at No. 9 or 10 if lucky. Honestly, the Kings probably could have traded down with the Charlotte Hornets or Miami Heat and still acquired the big man.

The reason the Kings feel that Cauley-Stein was worthy of being selected at 6th overall is simple—DeMarcus Cousins wants to play with the kid.

Well, Cousins got his wish. Really, he has the Kings and owner Vivek Ranadive wrapped around his finger at this point.

Things have been a bit rocky lately between Cousins and the Kings. It all started back in February when rumors began swirling that the Kings hired George Karl as their head coach. Mike Malone had been let go earlier in the season, and Tyron Corbin had been acting as the interim coach while the Kings searched for a new one. Cousins was publicly upset by the hiring:

“I wasn’t consulted when the decision was made to fire Mike Malone, and I’m not being consulted now,” said the All-Star. “I just hope they make a decision soon and stick with it. George Karl is an experience, prove coach and if that is who they chose to coach this team, I will support it. I do not like all these discussions in the media while we have a coach in place. It is a distraction and not fair to coach Corbin and this team.”

Things really haven’t gotten any better since then. It’s just been an absolutely mess in Sac-Town. Karl tried to push Cousins—the team-leader in points, rebounds, and steals—out, Ranadive made it clear that wouldn’t happen, Cousins said he wanted a trade, Ranadive threatened to fire Karl, and then finally told Cousins’ agent to look for a trade if he wants (because he’s not going to accept one). It’s just getting silly. I mean, you’re really going to fire Karl before he has a chance to coach his first game for the team?

That’s why drafting Cauley-Stein was the only option for the Kings. Cousins made it clear that he wants Cauley-Stein on the team so he won’t have to lead the team on both ends. Cousins has never played with an elite defender, so he is definitely looking forward to the opportunity.

The Kings have proven to be just fine on offense with Cousins and Rudy Gay, but the team finished 27th overall in defense. Honestly, the added benefit of possibly encouraging Cousins to remain in Sacramento should have been just another reason for the Kings to draft Cauley-Stein.

So, no. The Kings were not looking for a replacement for Cousins, and they certainly won’t find one in Willie Cauley-Stein. Instead, this draft was the Kings last ditch effort to keep their superstar in place despite interest from multiple teams and trade offers already coming in from the Los Angeles Lakers.

Who knows, maybe adding a rim protector will blind DeMarcus Cousins from the fact that he would be much better off playing just about anywhere else.