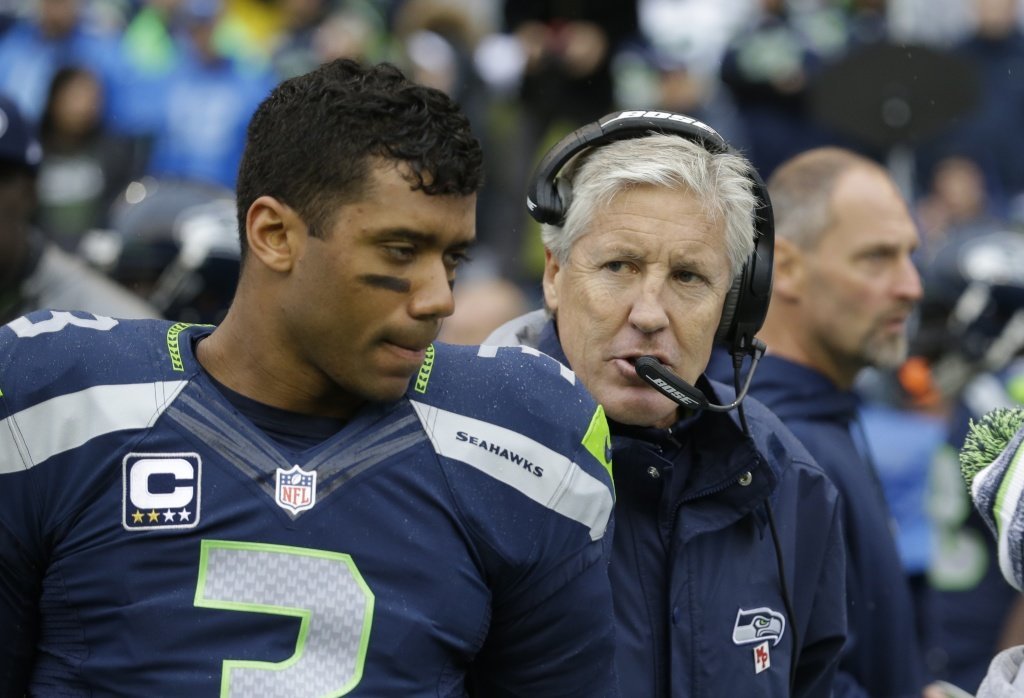 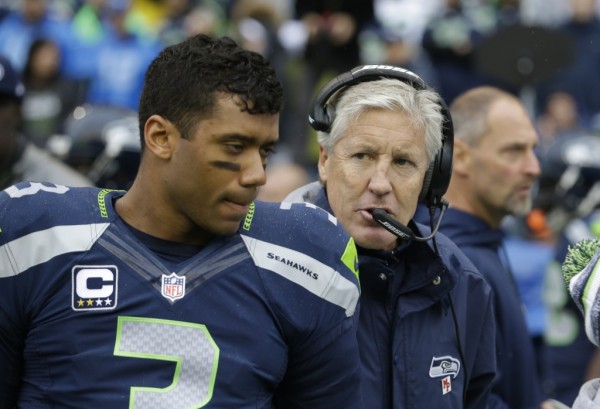 Adrian Peterson will not be writing a how-to guide on contract negotiations anytime soon. Russell Wilson on the other hand could make a few hundred thousand in consulting fees from other NFL players. We all know Wilson is known for saying just the right things and still not coming off as a phony. The way he is handling his contract situation is the way it should be done.

While Adrian Peterson was busy hurting his public image in 2014, Russell Wilson was busy grinding out a second consecutive trip to the Super Bowl for his franchise. The Vikings running back sulked about his team not standing behind him while he was in the midst of the child abuse case and recently whined on Twitter about the uneven playing field in the NFL. Wilson has kept quiet about his contract negotiations, preferring to let his agent handle that behind closed doors.

What did Peterson get for all his trouble? He had to slink back into Viking’s camp like a pissed off spouse who storms out of the house after an argument only to come back inside because he remembered he had no place else to go. Wilson is playing his cards the right way. The Seattle quarterback knows the Hawks are not going to let him get away. There is no scenario in which an NFL team would let a young QB who has won a Super Bowl (should have been two) go to another team as a free agent.

When Wilson was asked recently if he would start the season on the field even without a new deal being done he made it clear he would play regardless. “Yeah, I’m prepared for that 100 percent, if that’s the case. You know, I want to be here for a long time, but if that’s the case I’ve just got to get ready to play. I love the game, and I love being out here with these guys and just playing, and so ultimately I just take it one day at a time and just see where it takes me.” It sounds boring and maybe even lame, but it is the right way to go about it. 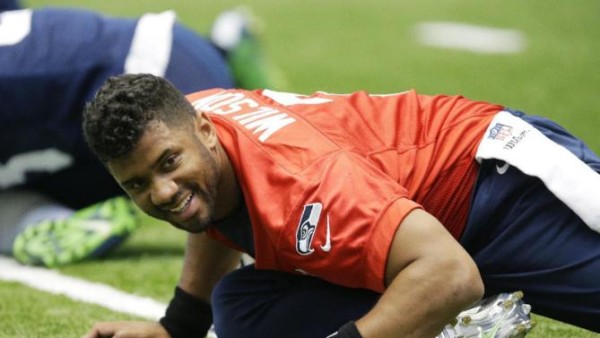 While there is some risk to playing without a new deal, it isn’t huge. Quarterbacks rarely suffer career ending injuries. They aren’t inherently in danger like linebackers or running backs. The NFL has done a pretty good job of making sure QBs are shielded from most of the violence faced by all the other positions, besides kickers of course. That is an obvious difference in Peterson’s situation and Wilson’s. Age is a slight factor, but the position is the key. General managers know they can find a decent running back if the need arise. That back may not be the next Adrian Peterson, but they can surely grind out 3.4 yards a carry. You can’t just throw any QB into the starting role and expect success.

Regardless of the advantage Wilson has because he happens to play the most important position on the field, he is still executing the game plan properly. At the end of the negotiation he will have a fat contract. The amount won’t be any different than if he pitched a fit like Peterson and his brilliant agent have done. Russell Wilson‘s dignity will be intact and he will not have wasted his time airing his contract laundry to the media. He even went as far as apologizing to the local media for being boring and clichéd with his answers, telling the reporters this will be the way it is for the next 10 or 15 years. He is there to play football and isn’t going to let himself be turned into a media circus.

I hate clichés and I hate boring interviews. It’s hard to write a story about boring athletes. If I were an athlete, boring is what I would aspire to be though. Boring is safer. Wilson’s on the field accomplishments have spoken louder than any Twitter rant or boisterous interviews could ever do.

So memo to all NFL guys who are nearing the end of their current contract, just look to Russell Wilson for guidance. Handle your business as privately as possible. Be a professional and do your job. Don’t make idle threats about holding out unless you are really prepared to retire. You have no leverage in the NFL and will only come out looking weak. You will get paid according to your play in the NFL, and that fact is all the negotiating Russell Wilson has needed.