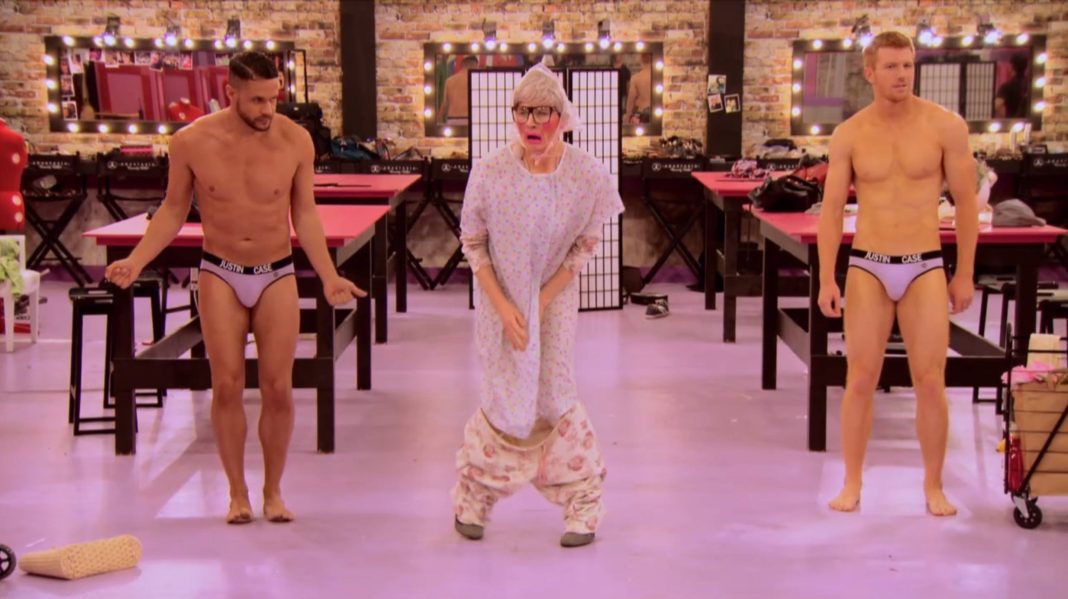 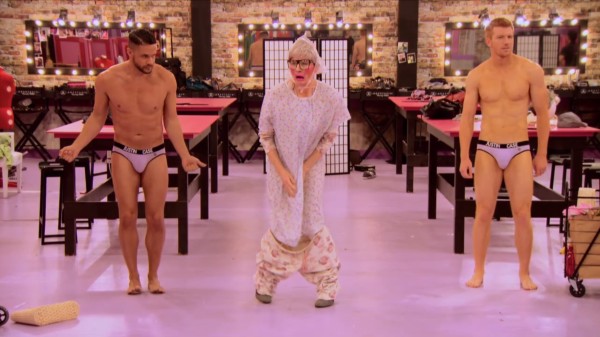 RuPaul then came into the room riding a Hover Round. For the mini challenge the pit crew brought in wigs. A Soul Train dance line is the task the drag queens have to prepare themselves for this week. Each drag queen was given 15 minutes to transform their look to that of an elderly woman. Once every one was finished their new look they each took turns dancing for the other drag queens. RuPaul then announced that the two drag queens who won the mini challenge were Kennedy Davenport and Max.

He then announced that this week’s Maxi challenge was for the drag queens to act in skewered versions of Shakespeare’s Macbeth called Macbitch and Romeo and Juliet called Romy Ho. Max and Kennedy Davenport got to choose which drag queens they wanted on their team. They chose Ginger, Trixie, Katya, Kasha Davis, Pearl, Jayden and Kandi. Miss Violet was one of the last drag queens chosen. The two teams then separated and went to work on the challenge.

Pearl said he didn’t even know what Macbeth is and blamed it on being so young. Max stated that he has legitimate Shakespearean experience. Jasmine was chosen by his team to play the role of Macbitch.

When it was time to perform Team Max did horribly, mispronouncing words and flubbing lines. Jaidynn, who was playing Mercucia in Romy Ho & Juliet, became so upset during the performance that he started sobbing on stage right in front of RuPaul. His teammates then told him he could do it and that he was a fabulous actress. Kasha then said that he felt Jaidynn’s performance had hurt the whole team and that he may have lost the challenge for them.

Team Kennedy Davenport took the stage next and also had problems remembering their lines. Pearl screwed up his performance and RuPaul looked less than impressed with the team. RuPaul then asked Kennedy if he had made the team rehearse. He then said in the seven seasons he has done his show he has never seen a “car crash” that bad.

On Elimination Day Pearl said he was feeling horrible. He called the Shakespearean performances the day before the worst day of his life. 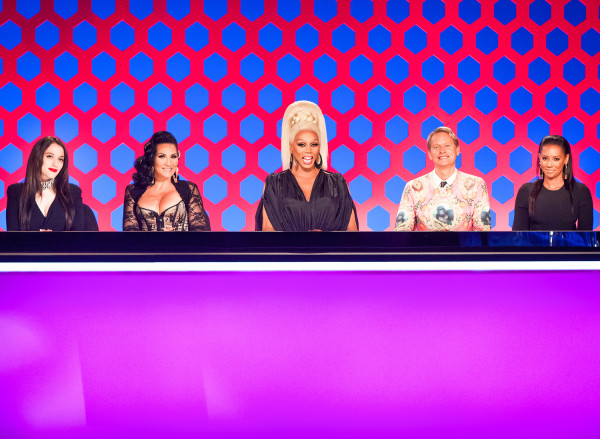 At the Main Stage RuPaul greeted fellow judges. Kat Dennings said she was having the best day of her life. RuPaul then announced the runway show was beginning for the drag queens. Each drag queen had to have a beard and an outfit that would impress the judges. 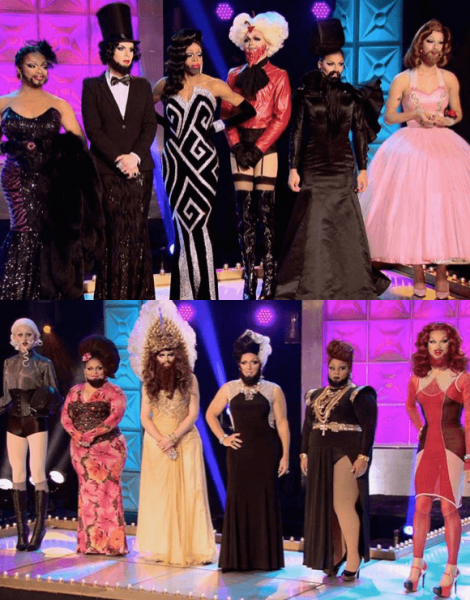 RuPaul’s team of judges was shown footage of Team Max performing Romy. They were then shown footage of Team Davenport performing Macbitch. RuPaul then announced that the votes were in and that of the two teams, one of them was safe from elimination. Max was then declared the winner of this week’s challenge. He won two latex outfits from Couture as a reward.

Team Davenport was then told that they were not safe and that someone from their team was going home this week. Mel B said Kennedy’s outfit was the worst one she had seen this week and that Kennedy was already in bad shape because her team performed so badly in the challenge. Jasmine was told by RuPaul that the gown she wore for the challenge was gorgeous. RuPaul then told Jasmine that she didn’t know her lines. Carson Kressley said Pearl used creative materials for her costume for the challenge. Kandy Ho was praised by the judges for both her costume and her performance. Violet was told she looked elegant and pretty despite having a full beard. Kennedy said he was taking responsibility for the team having given a bad performance. RuPaul told them they always have to be prepared to perform in this competition as well as in life and she didn’t want to hear any excuses. RuPaul then sent the team away so that the judges could discuss who was going home this week. When RuPaul had made her decision she brought the team back in. Kandy Ho, Violet, Pearl and Katya were safe while Jasmine and Kennedy were up for elimination. RuPaul told Pearl he was getting one more chance to “wake up.” The two were then challenged to a lip sync competition where the loser goes home. Kennedy was told she could stay but Jasmine was told by RuPaul that she was a prima donna and a true diva. Jasmine was then eliminated from the competition. He said he was ok with losing to Kennedy because he considered her a sister.