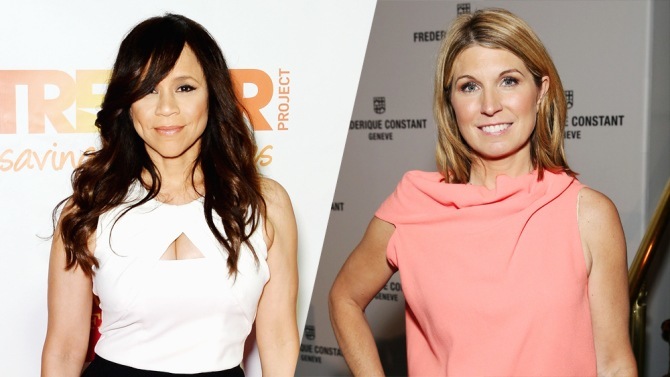 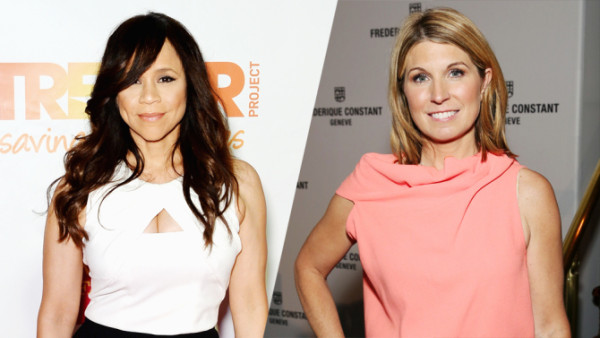 ABC hated it when we in the media beat them to the punch about Rosie Perez leaving their problem child daytime talker The View. They even went so far as to issue that silly statement after our story hit: “Rosie Perez is currently in rehearsal for her Broadway play for the month of January. Her status with the show has not changed.” Then they waited months before finally saying that Rosie has ‘decided to leave’ the show. As most of you all know by now, that’s the network’s kind way of letting someone go without the words ‘Your fired’ being put out in public.

This is the canned ABC comment about her ‘choosing to leave’ The View:

Our friend Rosie Perez has decided to leave the show at the conclusion of this season to pursue full time her love for acting.

Stepping into the role of talk show host at the same time she has been starring on Broadway has been incredibly impressive.   And beyond being an enormously talented performer, Rosie is a dedicated advocate who has brought passion and insight to the panel every day.

Rosie will always be a part of The View family, and we will welcome her back as a guest anytime to catch up.  We’ll plan a proper send off for her in a few weeks, but in the meantime, please join me in thanking her for her great work on the show.

As I reported back in January, I was hearing the Rosie Perez rumblings back in November, and she had no intentions of leaving the show even after Rosie O’Donnell left that sinking boat. The only two people that will be returning for sure next season are Whoopi (Bill Cosby, will always be innocent in my eyes) Goldberg and Raven Symone. There’s been a slew of guest co-hosts, and you can expect that for some time to come as ABC keeps fighting the losing ratings battle with this show.

Now for Nicole Wallace, ‘sources’ may be claiming that she’s in ‘talks’, but the longtime political adviser will have to take a small salary if she wants to continue on the show. The View has done well during presidential elections, and Wallace brings a great conservative voice to the show, but if ABC can find a younger more easily brandable name, she’s out the door with Perez. Of course, ABC will say she chose to leave.