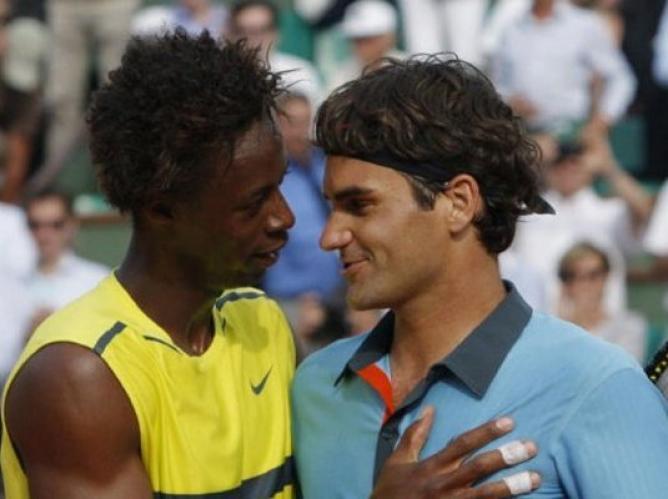 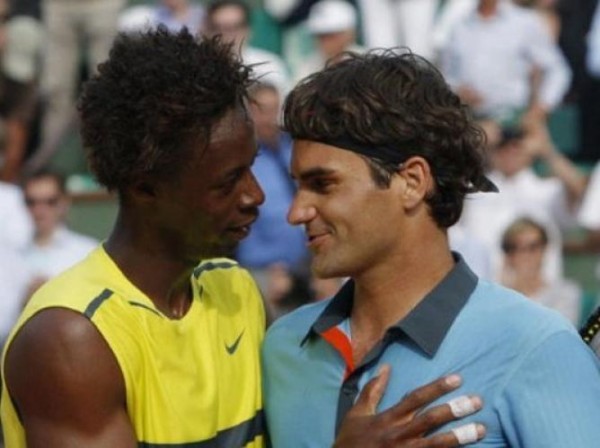 Roger Federer may have beaten Gael Monfils at the Roland Garros three times before, but the Swiss Maestro is not going to take anything for granted as he’s openly commented in interviews that Monfils is a force to be reckoned with now. Sunday will be the pairs thirteenth meeting in which Federer has won eight but Monfils has won their two most recent matches, both on clay in straight sets. Obviously, one big reason why Federer is not taking anything for granted.

Federer has had an easier time at the 2015 French Open after receiving a very lucky draw where he didn’t have to face the powerhouse trio of Rafael Nadal, Andy Murray or Novak Djokovic until the fourth round. 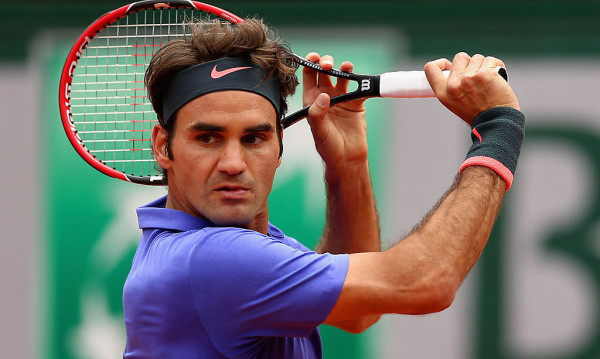 “He’s played me tough throughout my career,” Federer said. “Especially the last four, five years now, he’s been tougher for me to play against.”

It shapes up as the most intriguing singles contest of the eight on the schedule Sunday, when rain is in the forecast.

Switzerland’s Federer is, of course, a 17-time Grand Slam champion.

France’s Monfils has one only major semifinal appearance to his credit, but it came in 2008 at Roland Garros, where the showman-at-heart feeds off the partisan fans’ support.

“He’s at home. He’s very strong. He loves these kind of matches,” the second-seeded Federer said. “So I know the danger.”

Monfils’ past two matches were five-set comeback victories, part of a 10-3 record on such occasions at the clay-court Grand Slam tournament. He’s one of only two men in the professional era, which began in 1968, with 10 career five-set wins at the French Open (Harold Solomon went 10-1).

That means two things: Monfils has a way of pulling out tight matches — and he rarely reaches the latter rounds at Roland Garros with all of his energy available.

“If I could win in three sets,” he acknowledged, “it would be much better.”

Here’s a look at what else is happening at the French Open on Sunday:

It’s the 13th installment of the Federer-Monfils series, the No. 2 seed with an 8-4 edge and a 2-0 lead at the French Open, with wins coming in 2008 (semifinals) and 2009 (quarterfinals). Most noteworthy going into this match, however, is Monfils’ two consecutive wins against Federer in the last six months, first in the Davis Cup final on clay and then again on the same surface, a few weeks ago in Monte Carlo.

Monfils is the acrobatic, never-say-die Frenchman who is the toast of this tournament, and perhaps as much of a draw as Federer for French fans. Friday he escaped from a 1-4, double-break deficit in the fourth set while down two sets to one, coming back to beat a dazed Pablo Cuevas in front of an enthralled crowd at Court Suzanne Lenglen. Such matches for Monfils are de rigueur for him here.

“Especially the last four, five years now, (Monfils has) been tougher for me to play against,” said Federer. The winner of this match will meet Stan Wawrinka ofSwitzerland or Frenchman Gilles Simon.

Tsonga joins Monfils as one of five Frenchmen in the fourth round, and meets the big-hitting Berdych for a shot at the last eight. Berdych leads this head-to-head by a count of 6-2, their most recent meeting coming last month. That was the first time they’ve played on clay (Berdych won that, too). Tsonga – and his famed leaping fist pump – has flown through this draw, not dropping a set en route to a sixth fourth-round appearance here. Can he make a third quarterfinal, however?

Beset by a cold, Sharapova hasn’t sounded good this week in Paris (she has a constant cough because of it), but she sure has looked good. The defending champion has dropped just 17 games through three matches and meets the Czech lefty who has just one win in five matches with the Russian.

Unable to peak for the majors in the last 12 months, Ivanovic, the 2008 champion here, will look to overcome the consistent Russian Makarova, a semifinalist at the U.S. Open last September and January’s Australian Open. It’s the third time these two have met, both previous meetings (they’ve split 1-1) coming in Grand Slams, though not since 2011 in Melbourne. “I really feel I have to focus in my game and try to impose that on opponent,” said Ivanovic of her approach. “I have a certain path and tactic I want to follow.”

CLOSE TO THE QUARTERS

The other women’s matches to determine quarterfinalists will be 2008 champion Ana Ivanovic vs. No. 9 Ekaterina Makarova, No. 19 Elina Svitolina vs. No. 29 Alize Cornet, and No. 21 Garbine Muguruza vs. No. 28 Flavia Pennetta.