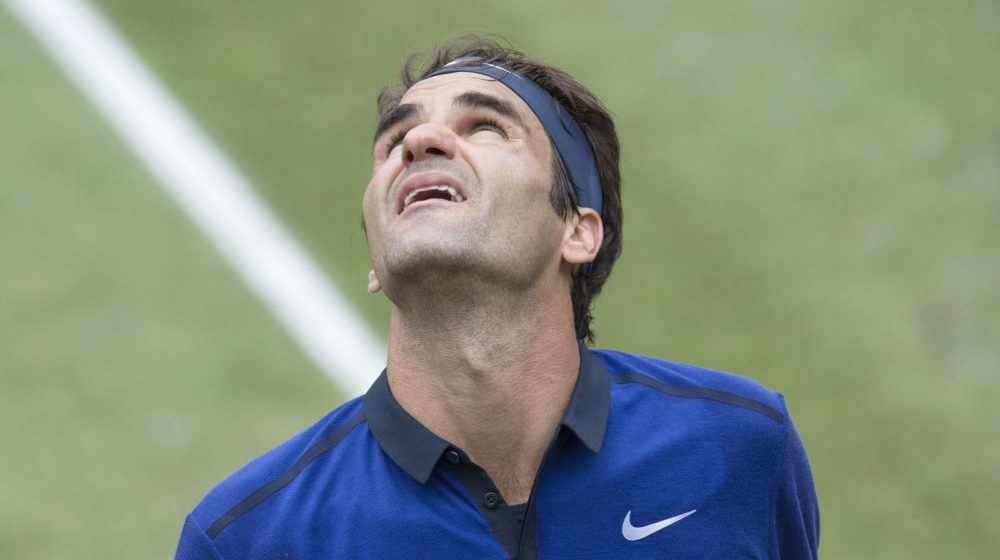 Roger Federer missed a couple of match points in his semifinal match in Stuttgart on Saturday. That opened the door for his opponent, Dominic Thiem, to mount a comeback in an effort to make the final. Thiem did just that winning the showdown in three sets 3-6, 7-6, 6-4 for what was his second straight victory over Federer.

“I can’t believe it. To beat Federer on grass is a dream,” said the Austrian after the match. “You need a little bit of luck to beat him on his best surface. I’m the happiest person on the Earth now.”

The victory for Thiem is head turning because he has largely been considered a clay courter. However Stuttgart is a grass-court event, and that suggests that the 22-year-old will be more of a factor in the Wimbledon draw than what many had presumed. Thiem will now move on to face Philipp Kohlschreiber in the Stuttgart final while Federer has a title defense up next in Halle, Germany (Gerry Weber Open).

The Halle tournament is part of the 500 series on tour, and Federer is the reigning three-time defending champion at the grass-court event. Furthermore, he also won Halle five times between 2003 and 2008 making the tournament one of the more one-player dominated events in history. Federer currently sits pretty comfortably as the World No.3, however if he is not sharp in Halle and then in Wimbledon, the Swiss Maestro could be setting himself up for a ranking slide in the months ahead.

Other key players in the draw will include Kei Nishikori, Tomas Berdych, David Ferrer, and David Goffin. Dominic Thiem is also expected to be in the draw. However, he’s a tough read entering Halle. He played in the French Open semifinals just last week, and now he’s into the Stuttgart final. That makes him the most active player on tour at the moment, and you have to wonder if a fatigue-induced withdrawal or loss is in the cards soon.

Another tournament that will be running next week will be the Aegon Championships in London. A part of the 500 series as well, the tournament will feature defending-champion Andy Murray, Stan Wawrinka, Juan Martin del Potro, Milos Raonic, Marin Cilic, and Richard Gasquet among many others. Previously the tournament also included Jo-Wilfried Tsonga and Rafael Nadal. However, both players have recently withdrawn from the event due to injuries.

Following the upcoming week, there’s a tournament in Nottingham that’s a part of the 250 series on tour. However, Wimbledon immediately follows that event so most of the key players on tour will be resting during that tournament in preparation. Tennis from the All England Club begins on June 27th where Novak Djokovic, who is skipping all of the minor grass-court events, will be the defending champion.