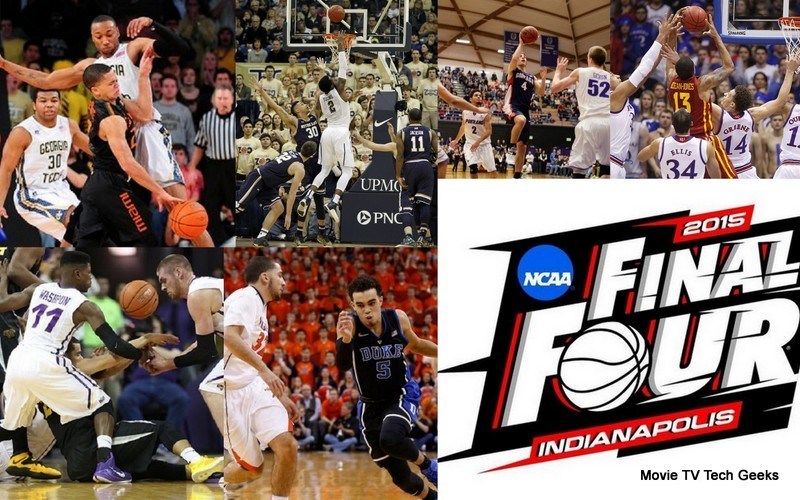 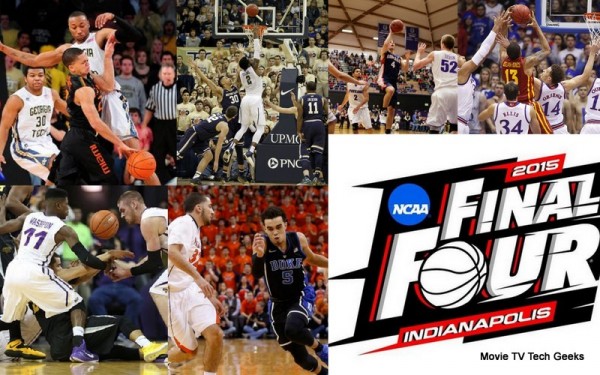 There was some serious movement in the new AP men’s college basketball poll after a week of near misses, upsets, and a Super Saturday that did not disappoint. The one thing that did not change was the nation’s No. 1 team – Kentucky. The Wildcats took care of business during the week with wins over Missouri (69-53) and Alabama (70-55). The rest of the Top 25…that’s where the shakeup begins. 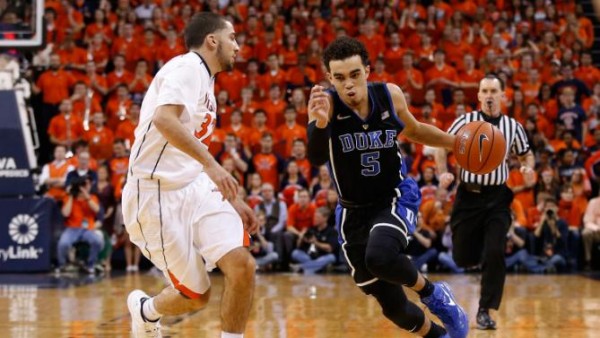 Virginia Falls From The Ranks Of The Unbeaten

On a Super Saturday that featured four games full of ranked opponents, the biggest was none other than Saturday night’s No. 2 Virginia taking on No. 4 Duke. Ahead by eight with just under five minutes to play in the game, the Cavaliers gave up crucial 3-pointers to Tyus Jones and Quinn Cook which erased the Virginia lead and ended in a 69-63 Blue Devils victory. Jones, the talented 6-1 freshman, led Duke with 17 points. Cook added 15 for Duke, now 18-3, 5-3 in the ACC.

The loss dropped Virginia from No. 2 to No. 3, just one spot ahead of the Blue Devils. Duke’s win over the Cavaliers apparently wasn’t enough to move them at all from the spot they held last week. 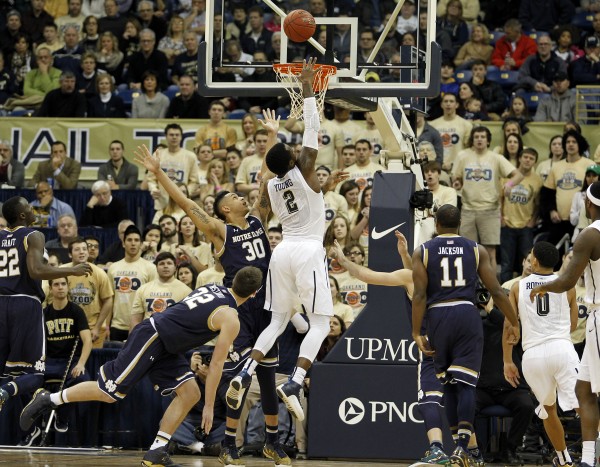 In other ACC action, unranked Pittsburgh got a late basket from James Robinson to upset eighth-ranked Notre Dame, 76-72. Trailing by one, Robinson sliced through the Irish defense to score with just 12 seconds to play. Pittsburgh (14-8, 4-5) ended a three-game losing streak with the win over a Notre Dame squad that had just beaten Duke earlier in the week. On Wednesday night, All-America candidate Jerian Grant scored 23 points and had 12 assists as the Irish defeated Duke, 77-73, in Cameron Indoor Stadium. Notre Dame dropped two spots in the latest AP poll to No. 10. 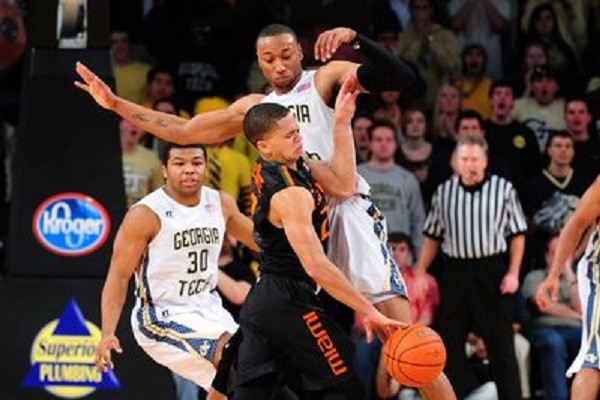 Miami, which entered the week ranked No. 23 at 14-5, fell out of the Top 25 with not one, but two, upset losses. The first came at the hands of last-place Georgia Tech, 70-50. The Yellow Jackets got 24 points, six rebounds, and three assists from Marcus Georges-Hunt as Georgia Tech recorded its first ACC win of the season. Miami shot just 34 percent (19-of-55) from the field. On Sunday, the Hurricanes, now 14-7, found themselves on the losing end of a 55-54 defeat to in-state rival Florida State. Miami held a 16-point lead in the first half only to watch it slip away, along with their Top 25 ranking. 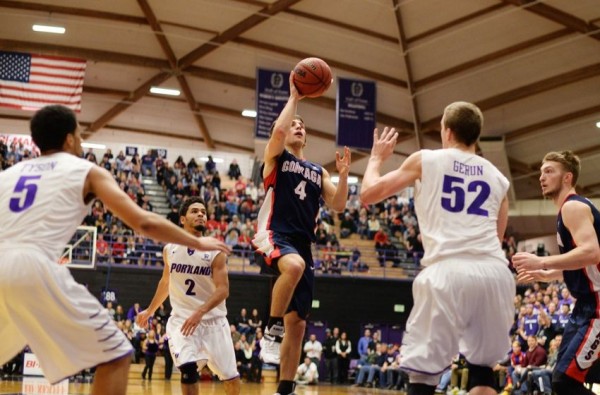 Gonzaga has a long history of greatness in college basketball. Still, the school is a mid-major that can now lay claim to the No. 2 spot in this week’s AP poll. The Zags, now 22-1, recorded easy wins over Portland (64-46) and Memphis (82-64) last week. Gonzaga, unbeaten in league play, has one game with St. Mary’s left. The Gaels are likely the only team in the West Coast Conference to give the Zags a run. Head coach Mark Few will try and keep his squad focused on the goal – a No. 1 seed in the NCAA tournament. 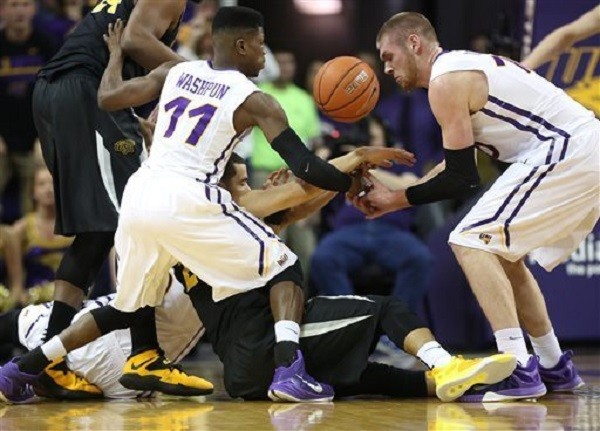 In another of those Super Saturday contests, the top two teams in the Missouri Valley Conference, Wichita State and Northern Iowa squared off. The Shockers came into the game having won 30 straight in conference play. Northern Iowa’s Seth Tuttle did his best to end that run. The 6-8 senior scored a career high 29 points and grabbed seven rebounds as the Panthers came away with a rather easy 70-54 win over Wichita State. Northern Iowa (20-2, 9-1) moved up in the rankings to No. 14 while Wichita State fell from No. 12 to No. 16. 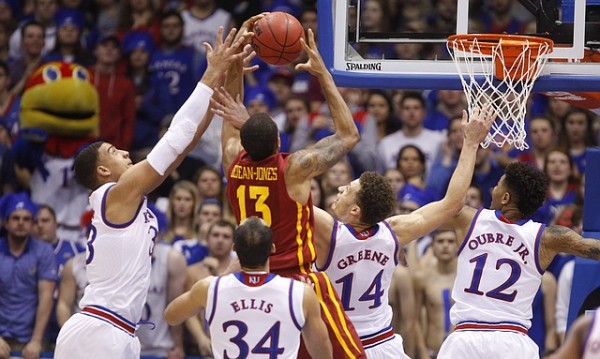 The Big 12 may very well be the best conference in America with six teams ranked in this week’s Top 25. Kansas (19-3, 8-1) is still the cream of the crop, but West Virginia is hot on the Jayhawks tail. Iowa State was chasing the Jayhawks on Sunday until Wayne Selden Jr. scored 19 of his 20 points in the second half and Kansas defeated the Cyclones (16-5, 6-3) 89-76. The Jayhawks moved up a notch in the polls, up to No. 8. Iowa State, which had beaten TCU earlier in the week, moved up four spots to No. 11. 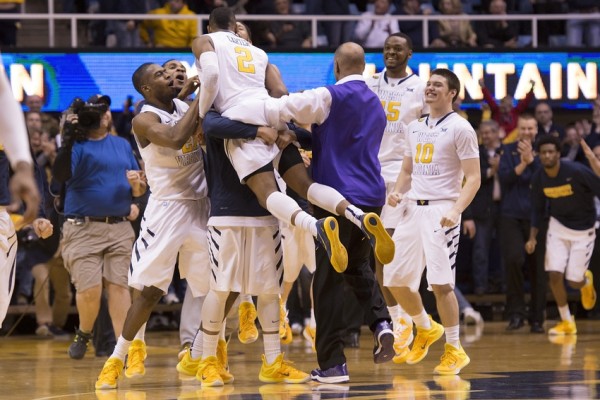 The hottest team in the Big 12 may be West Virginia. The Mountaineers beat Kansas State and Texas Tech rather easily to move to 18-3 overall, 6-2 in the conference. Ranked No. 15 in the latest poll, WVU has a huge week ahead. They will face No. 21 Oklahoma on Tuesday and No. 19 Baylor on Saturday.