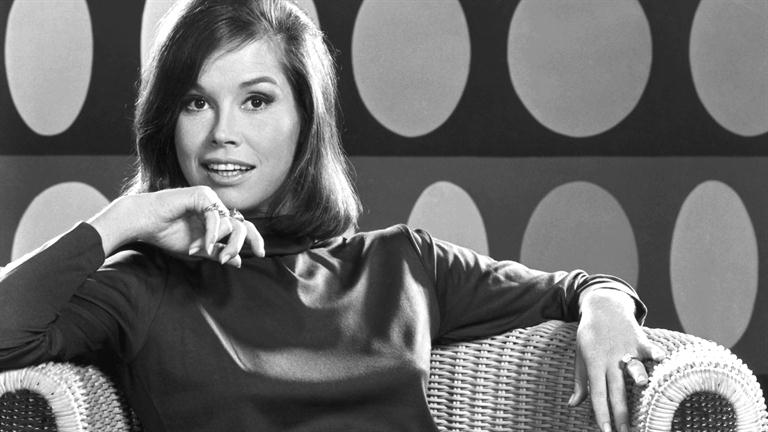 2017 has just begun, and we’ve already lost a great icon as TV great Mary Tyler Moore died on Wednesday after being hospitalized in Connecticut, her rep confirmed to media outlets. She was 80.

“Today, beloved icon, Mary Tyler Moore, passed away at the age of 80 in the company of friends and her loving husband of over 33 years, Dr. S. Robert Levine. A groundbreaking actress, producer, and passionate advocate for the Juvenile Diabetes Research Foundation, Mary will be remembered as a fearless visionary who turned the world on with her smile,” her rep Mara Buxbaum told The Huffington Post in a statement.

Moore, who was born in Brooklyn, New York, in 1936 and grew up in Los Angeles, rose to international fame starring on the 1960s sitcom “The Dick Van Dyke Show.”

The vivacious brunette performer transformed the image of women on television first as Van Dyke’s sexy, vulnerable wife Laura Petrie and then as single career girl Mary Richards in her own series. Her work in the two series brought Moore five Emmy Awards, in 1965, 1966, 1973, 1974 and 1976. She won another Emmy for 1993 TV special “Stolen Babies.”

Moore was also a powerhouse producer via her MTM production company with then-husband Grant Tinker, producing her own series as well as “The Bob Newhart Show” and spinoff series “Rhoda” and “Lou Grant,” among others.

She combined wholesomeness and sex appeal with cracker-jack comedic timing. In many ways Moore was a throwback to Hollywood golden era leading ladies like Myrna Loy and Jean Arthur, but with a decidedly updated twist.

Her role as Laura Petrie, the suburban wife of comedy writer Rob Petrie, also represented a step forward for the portrayal of women on television. Though they maintained separate beds, the Petries otherwise shared an active, romantic marital life. And unlike Desi Arnaz on “I Love Lucy,” Van Dyke’s character was not threatened by his wife’s talents or her intelligence.

The series made Moore a star, and she worked on films under contract at Universal. With the exception of “Thoroughly Modern Millie,” in which she played third fiddle to Julie Andrews and the scene-stealing Carol Channing, the studio’s attempts to fashion her in the Doris Day mold was unsuccessful. Moore also tried her hand at the Broadway stage, co-starring with Richard Chamberlain in David Merrick’s musical version of Truman Capote’s “Breakfast at Tiffany’s.”

She later starred on the beloved 1970s sitcom “The Mary Tyler Moore Show,” which is considered to be the first show with a never-married, working woman as its central character. Moore played single, 30-year-old TV news producer Mary Richards.

The show, which featured Moore’s character asking for equal pay to her male co-worker and going on the pill, became a paradigm of the women’s liberation movement and is credited with inspiring women to break the mold confining them as wives and homemakers.

“I think Mary Tyler Moore has probably had more influence on my career than any other single person or force,” Oprah Winfrey said in a recent PBS documentary celebrating the actress. 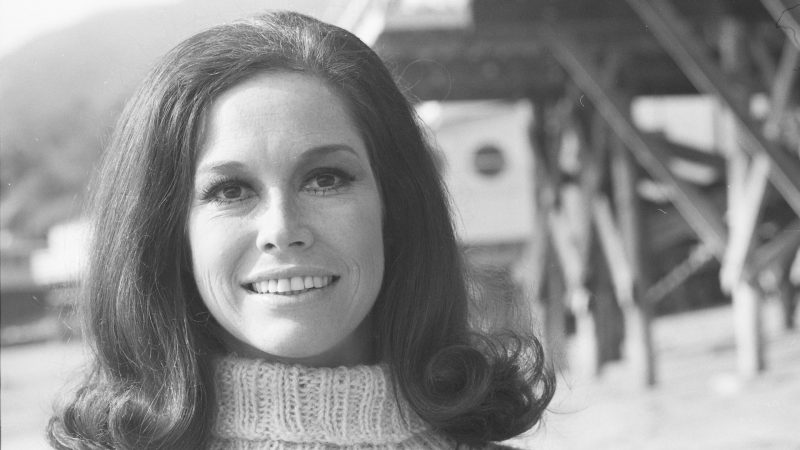 With the help of her second husband, producer Tinker, and the talents of creators James L. Brooks and Allan Burns, she fashioned a new series, “Mary Tyler Moore,” which debuted on CBS in 1970 and revolutionized the sitcom. Even more than the Van Dyke show, it focused heavily on the central character’s work life.

And in this case the central character was a single woman, Mary Richards, carving out a life for herself in Minneapolis. Moore was the pragmatic and delightfully vulnerable center of a strong ensemble cast that included Ed Asner, Valerie Harper, Betty White, and Ted Knight. “Mary Tyler Moore” raked in the accolades during its run and thereafter was a permanent fixture in television syndication.

“The Mary Tyler Moore Show” won the Emmy for comedy show three years in a row, was named as one of the most influential TV shows of all time on numerous lists, and was one of the first shows to tackle issues including equal pay for women, divorce, infidelity, homosexuality, premarital sex, and infertility. Moore’s character even recovers from an addiction to sleeping pills during the show.

After “Mary Tyler Moore,” which Moore retired after seven seasons, she tried other series including sitcom “Mary,” variety hour “The Mary Tyler Moore Hour” and “New York News,” another attempt to recapture the magic of her landmark ’70s TV series. There was even an effort to reunite her with Harper, her Rhoda sidekick on “Mary Tyler Moore,” starting with a TV movie, “Mary and Rhoda.”

The actress finally snared a role that challenged her abilities in Robert Redford’s Oscar-winning directorial debut, 1980’s “Ordinary People.” She played completely against type as a stern, cold matriarch, living in denial after the death of her favorite son. The beautifully wrought performance brought her an Oscar nomination. Then in the mid ’90s she was again offered a film role, supporting this time, that displayed her range: As a neurotic, overbearing Jewish mother in “Flirting With Disaster,” Moore was hilarious in a completely different way than in any of her TV comedy appearances.

Moore also returned to Broadway stage, finding some success in the drama “Whose Life Is It Anyway?” and taking home a special Tony for her performance. She also appeared on the Rialto in A.R. Gurney’s “Sweet Sue” in 1987.

On TV, she carved a niche for herself in TV movies, most notably the breast cancer tale “First You Cry” and the miniseries “Lincoln,” in which she played Mary Todd Lincoln. She drew Emmy nominations for both. There was also “Finnegan Begin Again,” “Heartsounds” and “Just Between Friends,” which brought her good reviews and award recognition.

Moore continued in TV movies during the 2000s, including the sentimental “Miss Lettie and Me,” and she guested on series including “That ’70s Show,” “Lipstick Jungle” and, in 2011, “Hot in Cleveland,” where she reunited with her “Mary Tyler Moore Show” co-star Betty White. There was also a reunion show, 2004’s “The Dick Van Dyke Show Revisited,” in which she participated.

In 1983, after almost 20 years of marriage, Moore separated from Tinker, who had gone on to run NBC and sold to her his share in MTM Enterprises, which she subsequently sold. The company had been very successful with several spinoffs from the “Mary Tyler Moore Show” as well as other hit series like “Hill Street Blues” and “WKRP in Cincinnati.”

Moore was born in Brooklyn but grew up in Los Angeles, where she attended Immaculate Heart High School and married Richard Meeker at age 18. She broke into performing through television commercials, memorably as the Hotpoint elf on “The Ozzie and Harriet Show” in the mid-’50s. Her first regular TV assignment was on the TV series “Richard Diamond, Private Detective” in 1959 as the urbane investigator’s assistant, though only her legs and hands were visible onscreen. It led to guest spots on such series as “77 Sunset Strip” and “Hawaiian Eye.”

Moore had been interviewed by Danny Thomas to play his daughter on the series “Make Room for Daddy,” and he remembered her and recommended her to Carl Reiner when he was casting “The Dick Van Dyke Show.” After a shaky start in 1961, the sitcom afforded Moore the chance to show off her comedic gifts and sometimes even her song-and-dance abilities.

The actress penned two memoirs. In “After All,” released in 1995, she acknowledged that she was an alcoholic; “Growing Up Again: Life, Loves, and Oh Yeah, Diabetes” (2009) centers on living with type 1 diabetes. Moore had been diagnosed with diabetes in her 20s and was a tireless crusader for the disease via the Juvenile Diabetes Foundation.

In May 2002, cabler TV Land unveiled a statue in downtown Minneapolis of the character Moore made famous on “The Mary Tyler Moore Show.” The statue depicts the iconic moment in the show’s opening credits in which Mary throws her tam o’shanter in the air. Moore was present for the ceremony.

In 1980, her only son Richard (by first husband Richard Meeker) died accidentally from a gunshot wound at the age of 24.

Moore is survived by her third husband, Dr. S. Robert Levine, whom she married in 1983.

Sources told the website that Moore has been on a respirator for more than a week.

Moore suffered from Type 1 diabetes and is the international chairman of the Juvenile Diabetes Research Foundation. Moore underwent elective brain surgery in 2011 to remove a benign tumor.

She had several health problems that recently became critical.