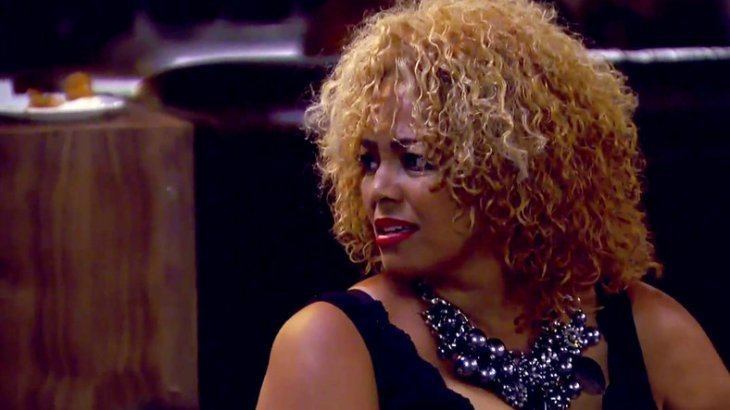 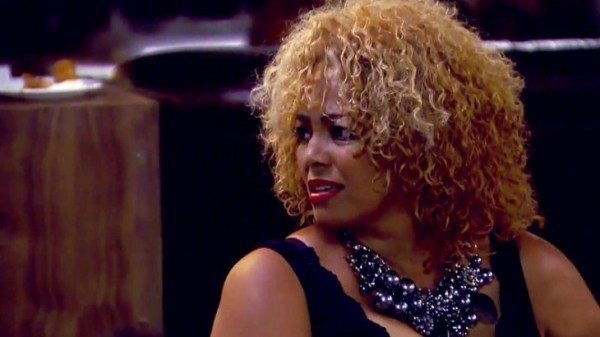 This week on the Real Housewives of Atlanta, Kim Fields lets Kenya Moore know how she really feels about her… kind of.

It picks right back up where it left off last week with Sheree Whitfield telling Kim, in front of the girls, that Kenya mentioned her husband is gay. The crazy thing about this situation is that Kim didn’t respond. I mean, she didn’t say anything, she didn’t get angry… nothing. She got more upset with Kenya trying to pull her chair from up under her than Kenya starting rumors about her man. If I am being really honest here, she reacted like she wasn’t really surprised at all. Yes, she scrunched her face, but aside from looking just a little taken aback, her reaction was not that of a woman upset about a bogus rumor concerning her husband. Which leads me to believe that there may be some truth to these “Chrissy” accusations. But that’s just my two cents.

The next morning, before the gang leaves out for their big trip for the day, Kim calls her husband and tells him what happened. While he seems little fazed by their gossip as well, he has a lot more to say about the group and let’s just say, it was pretty “sassy.”

The gang goes on an expedition after brunch to Dunn River Falls, a very popular site in Jamaica. It was supposed to be a team-building experience, but competitive ass Kenya took her boy toy and left everyone else to fend for themselves.

So let’s talk about Kenya. It amazes me how she has turned herself into such a victim this season. She talks about people “coming” for her. She talks about being disrespected and left out of things. I don’t know what show she thinks she’s on because from my view; she is the one starting EVERYTHING and definitely the agitator in her feud with Kim Fields. The sad thing is, poor Matt is just along for the ride. He’s so young and new that all he can do is take what Kenya says about the group at face value. 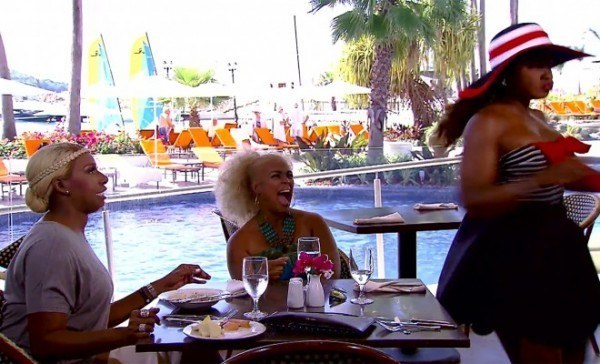 After they come back from their water climb excursion, Cynthia Bailey decides that she is going to have a talk with Kenya because her continual isolation is messing up the group’s flow. NeNe also encourages Kim to speak her mind. We all know that she would have reacted differently if the group was talking Greg, and NeNe Leakes even shows Kim how to “read” people.

During dinner (they have authentic Jerk Chicken) the ladies eat separately from the men. NeNe feels that this is the most opportune time for Kim to tell Kenya how she feels, so she brings it up at the table. Now, Kim is still hesitant, not in a punk sort of way but in an “It’s beneath me” sort of way. Nonetheless, because she is egged on, she says her peace. Kenyonce, as NeNe calls Kenya now, is still not feeling what she has to say, but agrees that they need to be more respectful toward each other. Cynthia also tells Kenya that trying to pull Kim’s chair out from underneath her was wrong. Kenya then does something unusual-apologizes.

She also apologizes for her actions during the “merical.” At the last dinner of the trip (to which she comes late to, flustered I might add) she expresses to the entire table that her behavior about Cynthia’s commercial was mainly due to hurt. She was upset that she didn’t get an opportunity to show her friend her concepts (she claims she had two of them) thus causing the gig go to Kim. She has been all up in her feelings because she felt that as her friend, Cynthia should have given her a better chance. And then she wasn’t in the commercial shoot because she wasn’t Cyn’s first option to be her friend in it (yea I know, childish). Cynthia explains that she was always the first choice, (over your sister Cynthia?) but she is the one who backed away. Kenya fights back tears as she apologizes to her friend. While most of the group is relieved Cyn and Kenya made up, Phaedra Parks does not buy her apology. And Nene lets her know that she will always be around, so her presence is just something Kenya has to get used to.

The main action happens with the majority of the cast members in paradise, but this week Kandi Burruss and Todd have a few seconds of screen time. She finally gets her aunts and mother to have a taste test of the kind of food they will serve at the restaurant. There really isn’t anything to tell here besides Kandi and her husband getting their approval which makes Todd overjoyed.

It was very PG this week, except for Phaedra who finds a way to make everything sexual. Next week, Phaedra finally takes the boys to see their father… in prison… in Kentucky.