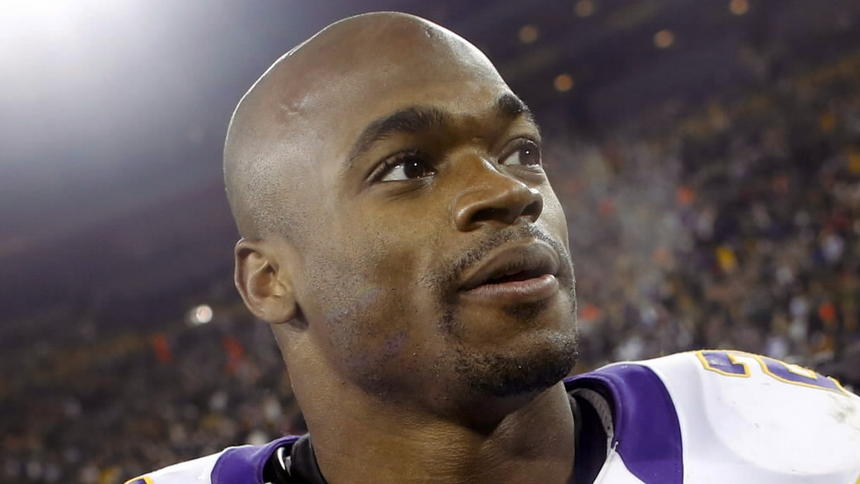 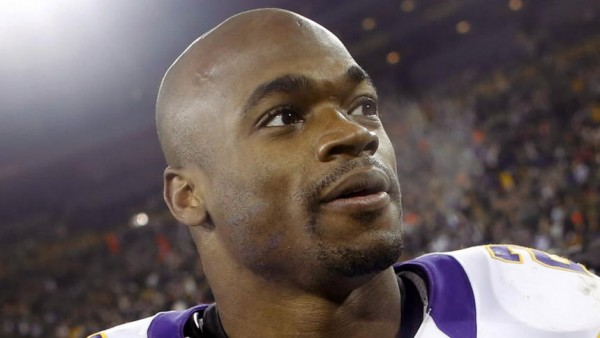 Adrian Peterson has been unarguably the best running back in the NFL since being drafted to the Minnesota Vikings in 2007. In fact, Peterson never rushed for less than 1,200 yards except for the 2011 season when he only played in 12 games. Peterson also suffered a severe knee injury at the end of the 2011 season, tearing both his ACL and MCL on one blow to the knee. Peterson’s injury was so severe that there was questions as to whether or not he would even be able to play in 2012; and if he was able to play, could he come back at the same high performance level fans had become accustom to over the last five seasons?

Peterson wasted no time putting everyone and anyone’s doubts to rest—Peterson had made a full recovery by Week 1, and the 2012 NFL season was the best of his career. Peterson finished 2012 with 2,097 rushing yards (eight yards short of Eric Dickerson’s single-season rushing record) and 12 touchdowns on route to being named the 2012 NFL MVP.

The 2013 season was slightly below average for Peterson, but in 2014 things just got ugly. Peterson had a bad Week 1 with only 3.6 yards per carry, but after that Peterson would be finished for the season in light of his child abuse scandal. Peterson was placed on the Commissioner’s Exempt List while he dealt with his legal situation. The shocking images of his child’s bruises left many people calling for Peterson to leave the NFL for good. Now the Vikings have a difficult, $13 million decision to make this offseason regarding the PR nightmare that is Adrian Peterson.

Peterson’s massive contract with the Vikings has him pinned in Minnesota through the 2017 season and has him set to make $13 million in 2015; but it is unclear whether or not the superstar wants to return to the Vikings—or if the team wants him back.

Peterson has made it clear that he is a little uneasy with the organization as a whole. Peterson felt “ambushed” by the team as they made the push to get him placed on the exempt list, making him question how much support he truly had within the organization. A few weeks ago Peterson reiterated these feelings amongst reports that the Vikings would like to have him back in 2015. Peterson stated once again that he is “still uneasy” about the team and the idea of remaining a part of the organization moving forward.

Peterson has managed to stay very calm and level-headed when talking about his future in the NFL, but his agent decided to burn bridges for the Pro Bowl running back. There are reports coming out of the NFL combine that Peterson’s agent Ben Dogra was involved in a heated exchange with Vikings VP Rob Brzezinski. In fact, the conformation got so ugly that former Tampa Bay Buccaneers general manager Mark Dominik had to break the two men up. Dogra made it clear to the Vikings during the argument that Peterson would never put on a Vikings uniform again.

The other big issue the Vikings will need to deal with this offseason is Peterson’s massive contract. It’s no secret that Peterson has always wanted to play for the Dallas Cowboys, and Jerry Jones has been trying to acquire the superstar for years now; but Peterson’s contract may make dealing the running back an issue.

Peterson’s cap hit in 2015 will be $13 million, making him the highest paid running back in the NFL by far. No team, even the Cowboys, would be able to pick up this contract through a trade. The only edge that the Vikings have on the running back is the ability to cut him: Peterson has already been paid out all the guaranteed money in his contract—in other words, the Vikings can cut Peterson with no cap hit or cash expense.

Peterson released a statement on Friday about being reinstated which doesn’t mention the Vikings:

“I was pleased to learn about Judge Doty’s decision. It is a positive step in protecting players’ rights and preserving due process for all players. It also brings me one step closer to getting back on the football field and playing the sport I love. As I prepare for my return to football, I am still focused on my family and continue to work to become a better father every day. I want to express my gratitude for all of the support I have received from the fans, NFLPA, Jeffrey Kessler, and my agents Ben Dogra, Tracy Lartigue, and Mark Heligman from Relativity Sports.”

Adrian Peterson will be reinstated to the Minnesota Vikings on April 15th, but only time will tell where he will play during the 2015 NFL season.