The Superheroes In Real Life panel takes the prize for being my most inspiring hour of Comic Con this year – and that’s saying a lot considering all the incredible panels!  Of course, Comic Con is all about the fantastical and the imaginative and the fictional and how all of those things are healthy and positive and beneficial – something for us to celebrate! But Comic Con has a history of also hosting panels that are anchored in real life challenges and problems and bringing to light social change that’s needed. This year was no exception, and I attended several panels that inspired everyone in attendance to be a part of that change.

Hosted by Star Trek actress Chase Masterson, the Superheroes In Real Life panel consisted of several members of the Pop Culture Hero Coalition, who spoke about their work to challenge racism, misogyny, homophobia, and bullying.  Comic Con is known for its celebration of diversity, which gets expressed in a freedom to love what you love and celebrate that passion openly whether in cheers in Hall H or in cosplay. But outside of the relatively accepting space of Comic Con, the rest of the world can be brutal for anyone who doesn’t feel like they quite “fit in.” Bullying and cyberbullying is a serious problem, associated with anxiety, depression, and suicidality. The Pop Culture Hero Coalition aims to change that and uses the popular culture we celebrate at Comic Con to do it. 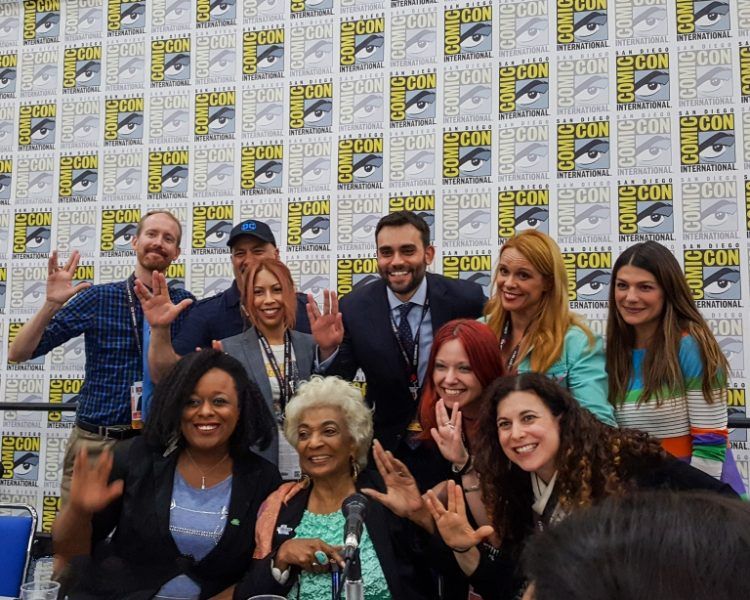 Panelist and psychologist Dr. Janina Scarlet spoke about her book, Superhero Therapy, and on using pop culture in therapy because we can all relate to these characters and their struggles. It’s something I’ve also done, as a psychologist who works with a lot of college students. The films and television shows and comics and characters we love are often the means through which we make sense of the world, and their attributes can inspire us to aspire to the same. A middle schooler who is enduring bullying can relate to a comic superhero who has gone through challenges and come out on the other side, sometimes in a more powerful way than just talking about what’s happening “in real life.” And we can all learn from superheroes’ example to stick up for others when they need help. 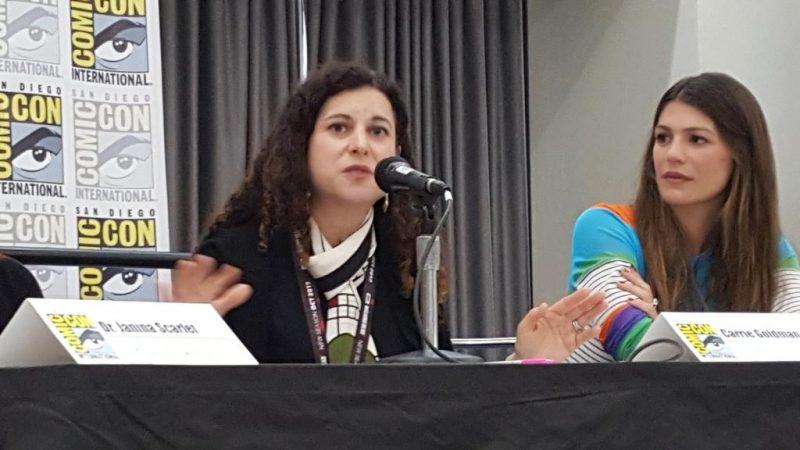 Carrie Goldman spoke about creating a curriculum that utilizes pop culture icons that will help teach middle schoolers the core lessons of empathy and compassion, which is about to be put into place in classrooms.  She shared her own daughter’s experience of being bullied for being a girl who loved Star Trek, which was painful but important to hear. If you remember your middle school days at all, you are probably on board with how important this curriculum initiative is. 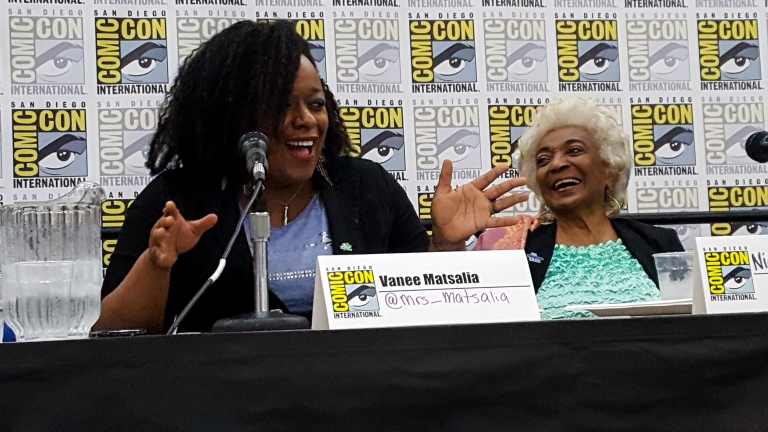 Panelists were joined by pop culture icon Nichelle Nichols, Uhura herself, who entered the room to a standing ovation. Nichelle had her own struggles with discrimination and prejudice while starring on the original Star Trek, so her voice carried a lot of weight on the panel. She spoke about her friendship with Martin Luther King, Jr., sharing the story of how he told her when she considered leaving Star Trek that she needed to stay because she was an inspiration to so many.

Nichelle: So I did! 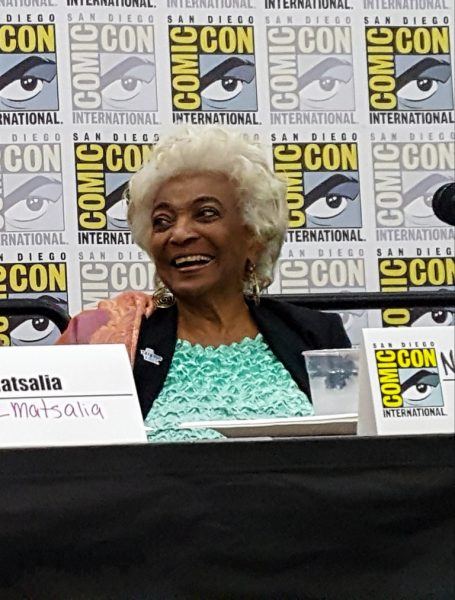 Thankfully. Nichelle is just as inspiring today – panelist Vanee Matsalia was beside herself at the opportunity to sit next to Nichols, which was pretty adorable since Matsalia is inspiring herself. 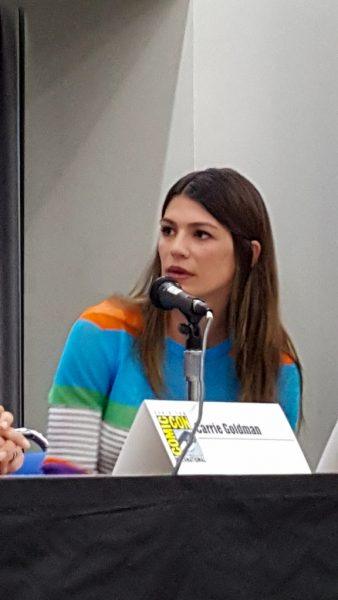 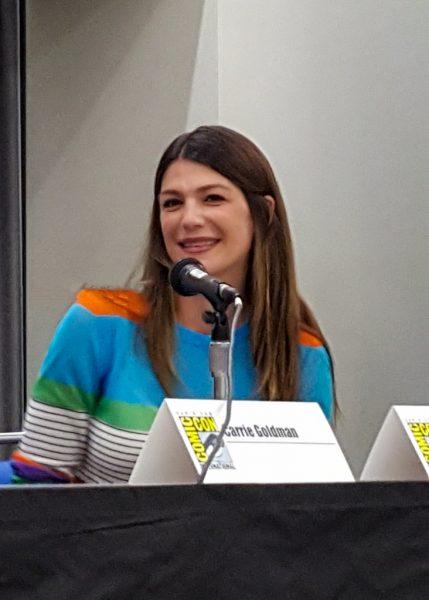 The panel also included psychologist Dr. Andrea Letamendi and actress Genevieve Padalecki (Wildfire, Supernatural), who sits on the board of the nonprofit Random Acts, the charity endeavor started by actor Misha Collins, who stars along with Genevieve’s husband Jared on that show. Genevieve spoke passionately about the #AlwaysKeepFighting campaign started by her husband and Supernatural costar Jensen Ackles, which has raised awareness for suicide prevention and encourages people to speak out about depression and anxiety so they can get help. Gen and Jared are working hard to make a change, including a recent visit to the state house in Austin to fight for anti-bullying legislation. She also spoke about the Crisis Support Network that has been set up with the help of Random Acts, and about something else very important – raising her sons to respect everyone. One of them is convinced that one of their beloved kickass Ninja Turtles is in fact female, which is kinda awesome.

Gen: We want to encourage everyone to speak up and to be kind to one another and to take care of each other. We always say to our kids, when someone else wins, you win. 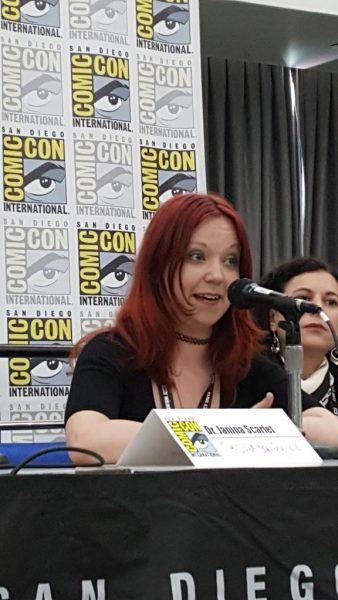 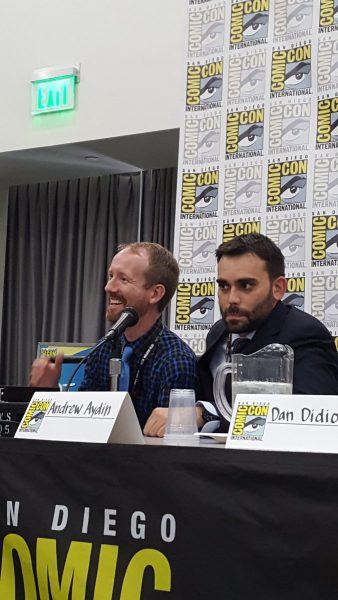 Toward the end of the panel, the writers of “March” joined in and inspired us all with the words of Rep. John Lewis. I think everyone left the room determined to make a difference, and I’m very excited to be on board helping out with Random Acts’ part of the initiative. I always leave Comic Con feeling rejuvenated by the acceptance and appreciation of diversity that has characterized Comic Con from the start, and this panel only increased that determination.
For more information, check out this very worthy website www.popculturehero.org.

We've teamed up with Saje Flow to give our readers a 30-day life changing experience that could lead to you winning 3 months of life coaching.
Read more
Tech News

Peloton was one of the few companies to thrive during the pandemic as people went from gym to home workouts.
Read more
Movie News

Netflix has been doing more advertising now that Disney has announced it's enormous Disney Plus streaming schedule. We break down everything for you.
Read more