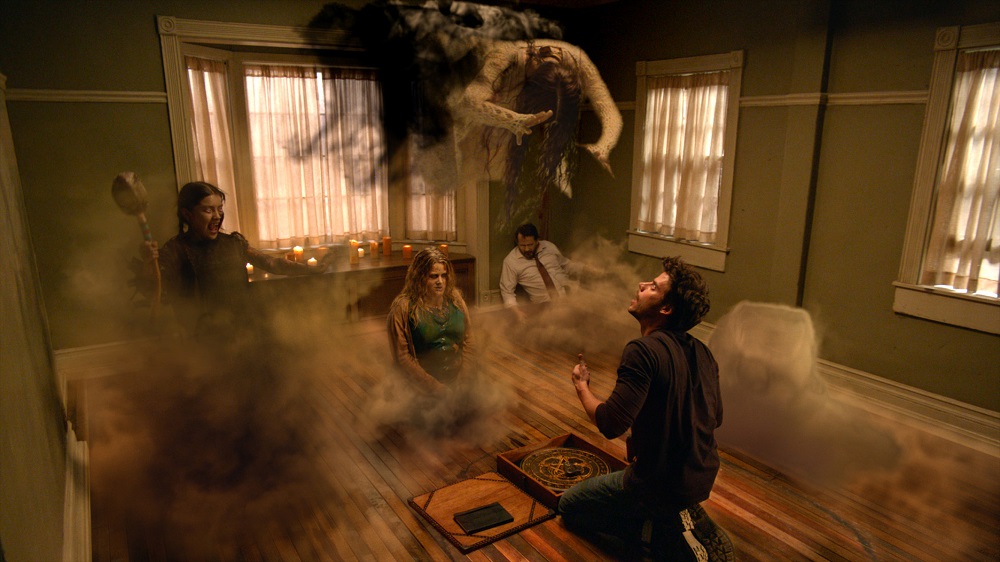 Another highlight of my trip to Comic Con was an introduction to the new NBC television show Midnight, Texas. I attended the press preview of the Midnight Texas Activation, an immersive experience that takes you right into the town and makes you feel like you belong there.

Midnight, Texas is a new NBC series. Like True Blood, Midnight is based on a book series by Charlaine Harris, which bodes well for its popularity. The show takes place in a small southern town that happens to be inhabited by a lot of unusual residents, many of them supernatural. That includes a gay couple known as Mr. and Mr. Strong, who run the town’s tattoo parlor and nail salon. The two are out about being gay, but not about their other secret – they are actual angels who watch over the town (with some very cool VFX work to showcase that). 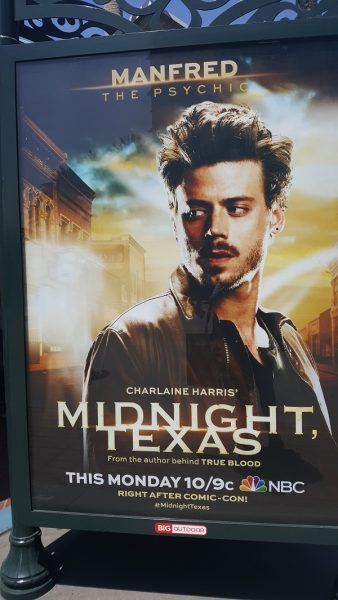 The other residents of Midnight Texas aren’t exactly usual either. There are psychics and vampires and witches, and oh yeah, there’s an Apocalypse threatening. One of the show’s themes is that we are all outsiders and misfits, and that everybody has somewhere they belong. For many of the supernatural creatures on this show, that place is Midnight, Texas. They form an unlikely but close knit family. I liked the premise of found family, acceptance and lack of judgment that the show seems to espouse – the tag line that “only outsiders fit in” will appeal to many who come to Comic Con.

I eagerly watched the premiere episode and really enjoyed it – it’s a sometimes odd mix of scary, quirky and campy but somehow it works. Mix up a scary vampire and a talking cat, a preacher who looks so on point he’s almost cartoonish, a kickass lady hunter type, a long dead grandma who comes back to share her wisdom, and an angel who actually grows wings and flies, all seen through the eyes of the new psychic in town, and you’ve got a show that’s unusual, to say the least. All the characters are appealing and intriguing though, so I’m looking forward to more. The immersive experience itself was intriguing. We encountered a friendly (if creepy) psychic who introduced us to Midnight, a Ouija board that moved by itself when we entered the room, and a skittish cemetery caretaker who scared the crap out of us as all sorts of supernatural creatures suddenly swirled around us in the darkened room – all of which mirrored some of the dramatic moments of the pilot episode.  Well done, NBC!

You can watch Midnight, Texas on Mondays on NBC.