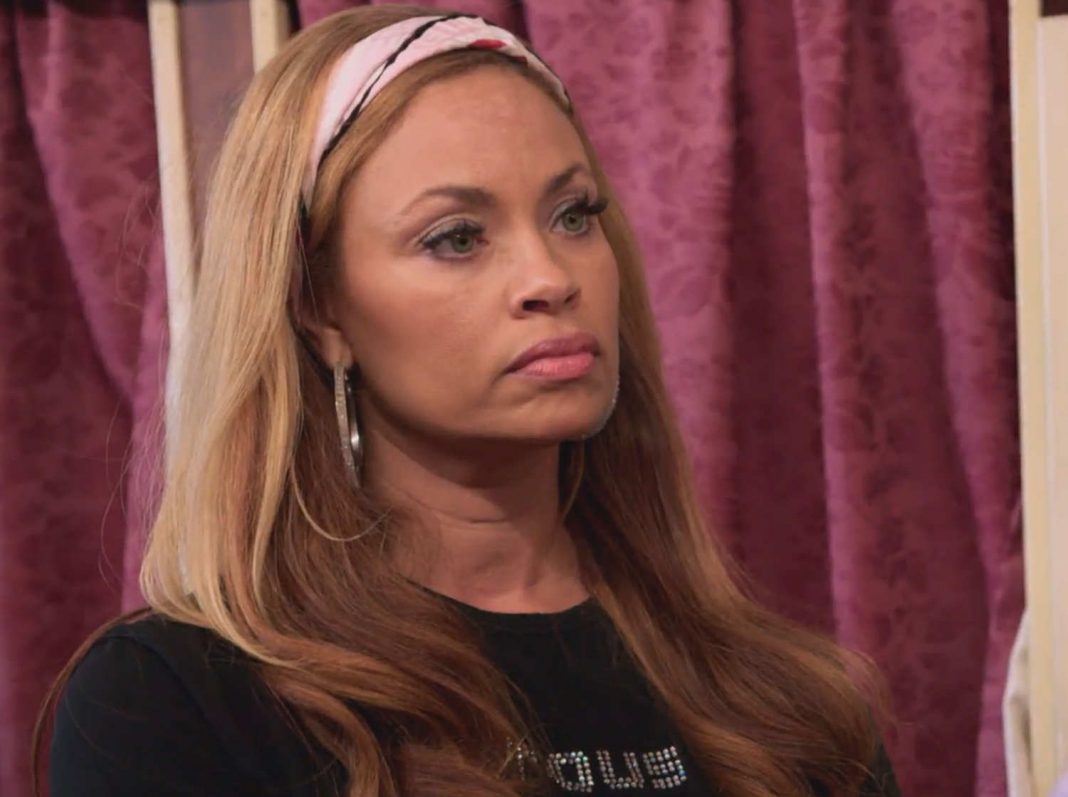 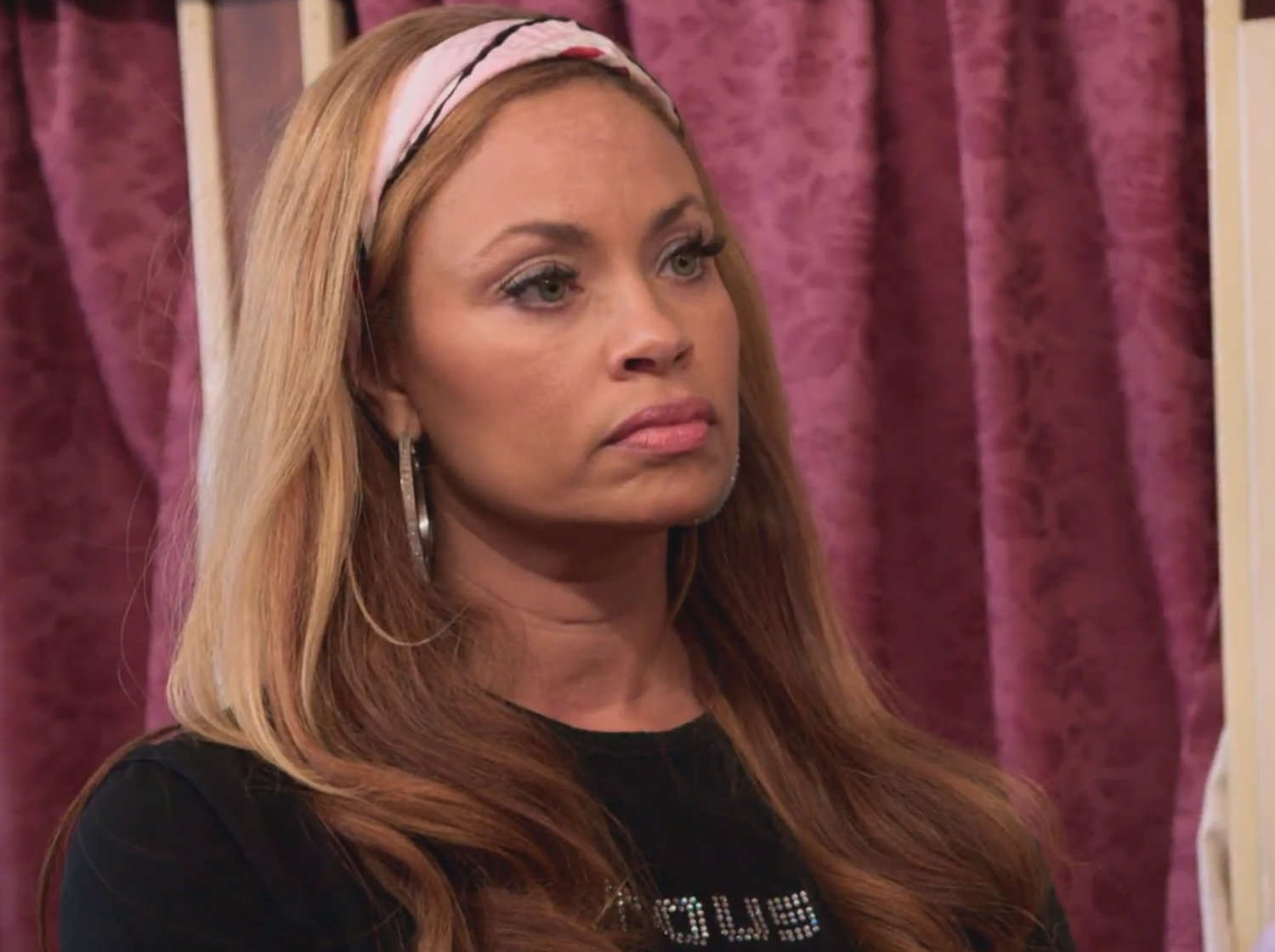 Real Housewives of Potomac 108 All Shades of Shade & No Cover

After last week’s drama during the women’s weekend getaway to Bethany Beach, it is surprising that they decided to once again come together for this week’s round of social events. Nonetheless, the ladies of Real Housewives of Potomac were all about parties and drama in this week’s episode “All Shades of Shade.”

The episode starts up with Gizelle consulting with a beauty chemist, as she is planning to create her own makeup line. Gizelle experiments with different shades, as she hopes to create a product that isn’t chalky and also match the skin tones of ladies of color. When the chemist suggests that she recruits a focus group, Gizelle right away replies that she already has a group in mind (aka all the other cast members).

Over at Katie’s house, Katie and her boyfriend Andrew are discussing her weekend getaway with the other ladies. Katie decides to forgo telling Andrew about Gizelle’s confrontation, as she claims that Andrew already has enough reasons to not like her. Katie goes on to announce that she is postponing her charity night, as she wants to focus on going out to other events and making herself known within the community. She also reveals that she will not be going to Gizelle’s focus group, as she is upset over the accusations as well as the lack of support Gizelle showed for her fundraiser.

While Katie is busy postponing her event, fellow housewife Karen is in the midst of planning a gala to support Alzheimer’s disease. Karen and her assistant come together to brainstorm what type of extravagant entertainment they want for the party. However, they are interrupted when Karen’s husband asks her to scale down the event, as he recently lost his mother to Alzheimer’s and doesn’t feel it is appropriate for the gala to be a huge party.

Next, the ladies (minus Katie) show up to Gizelle’s makeup testing night. After Gizelle does her little spiel, the ladies circulate around different stations trying out testers of Gizelle’s creations. Ashley is thoroughly impressed with the products. However, Karen confesses that while she supports Gizelle she doesn’t think the makeup is anything special.

Later during the makeup night, Karen and Ashley begin discussing what went down during Ashley’s beach getaway. Karen tells Ashley that her husband Ray wants to talk to Michael, as he wasn’t pleased with the fact that Michael crashed their girls’ weekend. In complete dismay, Ashley calls Karen out for having a tantrum. This prompts Karen to respond by telling Ashley she is immature. In the end, Gizelle winds up having to intervene and threaten to separate them, as the drama showed no signs of stopping.

Shortly after, Robyn is seen talking with her ex-husband, Juan. Robyn tells him that she and Gizelle had to sleep in twin size beds while at Ashley’s beach house. Juan laughs as he reminisces with her about the days where they slept in a twin bed together. The two both confess that they love each other. However, Robyn reveals in confessional that she divorced him after he cheated on her and she still has her guard up because of it.

Karen and Ray convince Michael and Ashley to meet them on the golf course so that they can discuss Michael’s surprise visit during the girls’ trip. While Karen claims that she has moved on from the whole situation, Ray proceeds to express his concerns and disappointment that Michael and Ashley would let such a thing happen. Michael stands his ground and points out that it is his beach house and that he wasn’t even in Karen’s proximity (i.e. she had her own private room). Fortunately, by the end of their meeting, they seem to mend things and Karen ensures that Michael and Ashley are attending her upcoming gala event.

Finally, the night of Karen’s event arrives, and all of the guests come over to her house for a swanky cocktail party. When Katie arrives, she expresses how impressed she is with what Karen has pulled off, but also states that she doesn’t fully understand why Karen couldn’t offer more help for her charity event if this is what she is capable of.

Not too long into the night, Gizelle winds up calling out Katie for not coming to her makeup testing party. Katie snidely replies by telling her to send her some samples.

Later in the night, Karen begins discussing her golf outing with Michael and Ashley with Gizelle. While the day seemed to run fairly smoothly, Karen tells Gizelle that her husband Ray completely took charge of the situation. Thus, when Gizelle brings up her conversation with Karen to Ashley, Ashley is completely thrown off and claims that “if anything, Michael just like totally shut [Ray] down.” Unfortunately, this is just the beginning of the drama that begins taking shape between Karen and Ashley. Ashley proceeds to tell the other housewives that Karen intentionally kept her daughter away from the party, as she doesn’t want her to be around the other women. The ladies are evidently insulted that Karen would go out of her way to keep her daughter away from them and confront her about it. Immediately Karen attempts to put Ashley in her place, and flat out tells her that it is solely her who she doesn’t want her daughter around.

In the end, Karen’s can’t control her frustration with Ashley and tells her she is “completely done” with her. In confessional Karen says that she feels Ashley completely disrespected her and her mother-in-law (in which the event was thrown in honor of). Inevitably, Ashley and her husband Michael get Karen’s not-so-subtle hint and leave the gathering.

Fortunately for Ashley, it seems like every other week these ladies are flip-flopping between whom they want to be friends with and whom they don’t. In the end, they always find a way to mend things, especially if it will keep them in Potomac’s elite social circle.

You can catch more Real Housewives of Potomac when it returns next Sunday, March 27 on Bravo.

Robyn and Juan continue to try and sort out their relationship amidst Juan’s job relocation. In addition, the ladies come together to celebrate Charrisse’s 50th birthday.