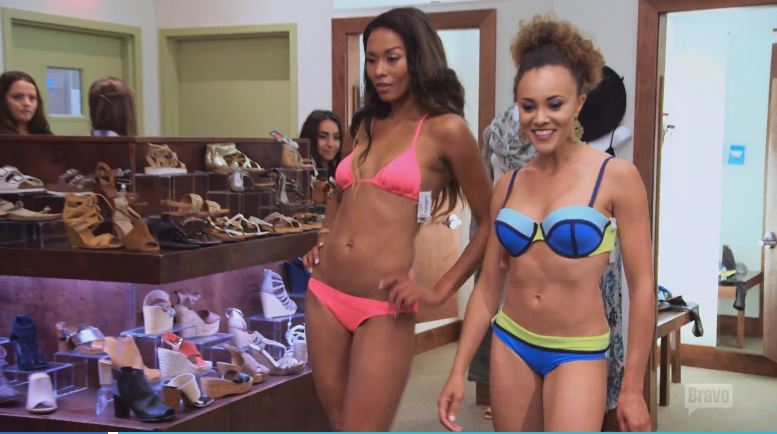 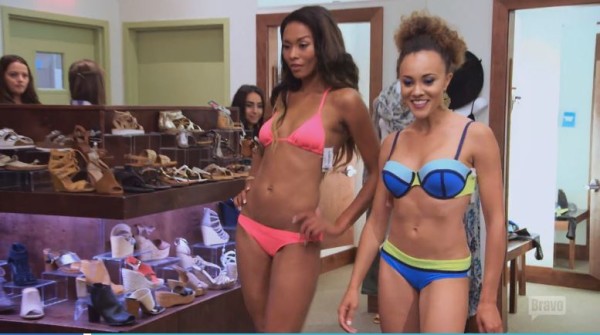 What better way to end off January than with another look at the latest cast to join the Real Housewives franchise? On this week’s Real Housewives of Potomac Katie tries to get her boyfriend to put a ring on it while youthful Ashley gets confrontational with some of the other housewives.

The episode kicks off with Katie getting interviewed for Washington Life magazine. Katie appeared on the cover nearly 10 years ago and, therefore, they wanted to get an update on how she is doing now. Katie tells the interviewer that she is no longer doing lots of modeling and is now more focused on raising money for The Rost Foundation. In confessional, Katie admits that she formerly used her “good looks and charm” to make money, but now uses it to help raise awareness for the foundation (which she started with her mother in honor of her late father).

Afterward, Katie is asked about her romantic life. Katie reveals that she is dating Andrew, who is very supportive and loves her kids. In confessional Katie jokes, “Andrew has a reputation for being an eligible bachelor in this area, but once this article comes out, everyone’s gong to know he is only with me.”

Meanwhile, Karen invites Gizelle for morning tea, as she explains that one of the high and mighty etiquette rules of Potomac is to squash any beef as soon as possible. The two ladies surprisingly are very cordial with one another and end up smoothing everything out. Karen then advises Gizelle to set-up a one on one with Charrisse, but Gizelle explains that she is not going to apologize again.

Later, Ashley and her husband Michael join Katie and her boyfriend Andrew for dinner. Ashley admits she is hoping to connect with Katie and Andrew in order to climb the social ladder and tap in on some of the resources within the elite circle. During dinner, the two couples begin talking about their relationships. After Katie finds out that Michael and Ashley got married within 3 years of meeting one another, she admits in confessional “Ashley might be young, but I think I could learn a thing or two from her about locking it down.” Unfortunately, when Katie brings up the idea of marriage with Andrew he responds by ordering another round of wine.

This week’s episode also gave viewers a bit more insight into Robyn’s life. Robyn is currently living with her ex-husband Juan, who she has two young sons with. Juan is an ex-NBA player and is contemplating moving to a college basketball head coach position. This leaves Robyn to make the decision on whether to follow her ex to his new career or split up their semi-together family.

Afterward, Katie, Ashley, Karen and Charrisse meet up at a local swimsuit shop, where Karen enlists Katie and Ashley to try on bathing suits so that she can choose one for her teenage daughter. Although Andrew warned Ashley that Karen was “haggard,” Ashley is pleasantly surprised by how “free-spirited” Karen seems. It actually is quite entertaining to see Karen and Charrisse judge the bathing suits while they order former models Ashley and Katie to prance around the store in them. 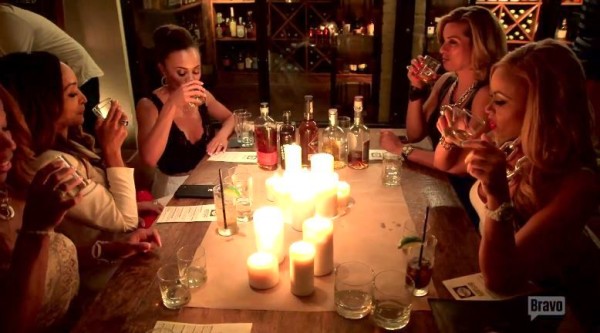 Lastly, the episode ends off with all of the ladies attending yet another event thrown by Ashley – a whiskey tasting. Karen is one of the first to arrive. However, she is not impressed by the old tavernesque venue that Ashley selected to host the event in. Karen explains in confessional, “I am dressed to the nines, and I didn’t know the attire was flip flops.” Shortly after, Robyn arrives and is also put-off by the event, stating “this seems like a grown-up man thing, and Ashley is like a little girl.” The best comment of the night comes from Gizelle, who gushes, “I’m Gucci all the way down to my socks, and ya’ll tell me to go down to the basement.”

After the ladies get some liquor in their systems, the drama begins bubbling up. Gizelle attempts to have a cordial conversation with Charrisse about their spat, but Charrisse shuts her down and says she is over it. Not too long after, Ashley stirs up the pot when she calls out Gizelle for the “THOT” comment she made at her last event. Fortunately, Ashley handles herself way better than the other women and Gizelle ends up apologizing for her brash comment. This prompts Charrisse to realize how juvenile both her and Gizelle are being. She proceeds to hug Gizelle and subsequently squash all of the tension that was between them from their fights in previous episodes. 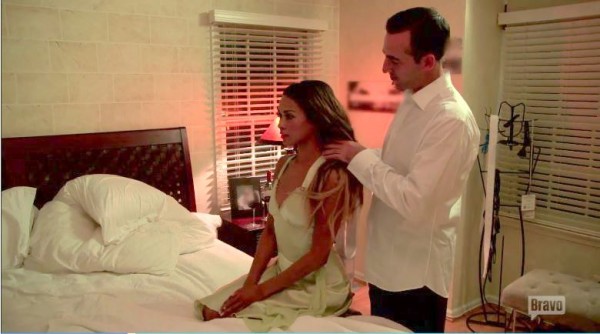 On the other side of town, Katie and Andrew return from a charity event. Since they were being asked all night whether they were married or engaged, Katie definitely has the status of their relationship on her mind. Katie gets serious and asks Andrew whether he is ever planning to propose and/or have kids with her. After making some not well-received jokes, Andrew blurts out, “if you stopped asking about this 6 months ago we would already be engaged.” Needless to say, Katie’s eyes widen with rage.

You can catch more drama from the Real Housewives of Potomac when it airs on Sunday, February 7 on Bravo.

Charrisse admits to having problems in her marriage. Meanwhile, Robyn confronts Ashley for gossiping about her financial situation to Katie.