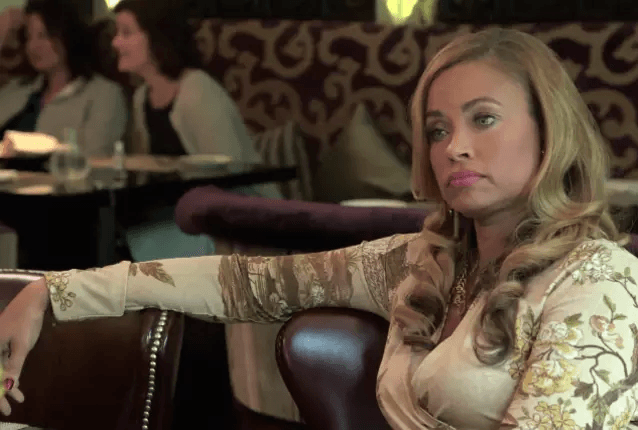 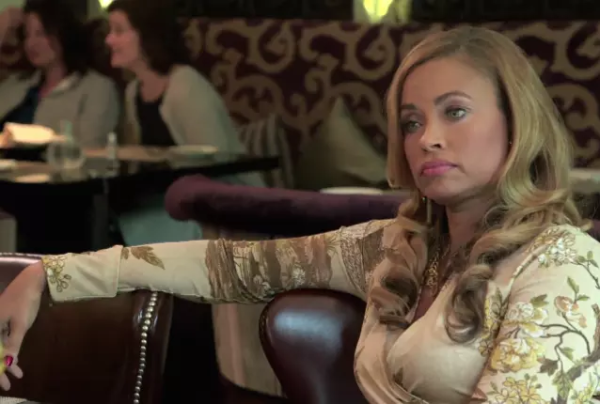 While my hometown of Vancouver was only able to last a measly 2 seasons as a host for a Real Housewives show, Bravo is giving yet another city a go at becoming a staple within the Real Housewives franchise with The Real Housewives of Potomac. The newest deviation of the hit reality empire is set in Potomac and stars 6 local housewives who are hoping to dish out just enough drama to keep viewers captivated.

For those of you who were like me and not too sure exactly where Potomac even is, I did a bit of Googling to get a better sense of the new Housewives backdrop. Potomac is located in Montgomery County, Maryland. According to CNNMoney.com, Potomac was the most affluent town in all of the United States back in 2013 (based on median household income). This could be because of its close proximity to Washington D.C. (about a 35-minute drive), meaning that many of Potomac’s residents work at highly respectable jobs in the nation’s capital.

The show stars housewives Gizelle Bryant, Katie Rost, Karen Huger, Charrise Jackson-Jordan, Robyn Dixon and Ashley Darby, who are all ready to show exactly what it means to live the luxurious life of a Potomac housewife. Like me, many were surprised to hear Bravo’s announcement that they would be starting up another series in Potomac – especially since The Real Housewives of D.C. only managed to stay on the air for just one season thanks to those lovely White House uninvite escapades. However, executive producer and the face of the franchise Andy Cohen recently claimed that RHOP would be a lot different than its D.C. predecessor. Andy explained, “The Real Housewives of Potomac is the show you never saw coming, and it’s going to take everyone by surprise.” He went on to say that the series will be “all Bravo and no CNN,” referring to the political elements that were featured in the D.C. series which ultimately failed.

In the show’s second episode “Divas, Queens and Bubalas,” viewers are gifted with further insight into the new cast’s enviable lives. Unfortunately (but not unexpectedly), the drama has already begun as Karen and Charrise criticize Gizelle. Meanwhile, the ladies finally meet Ashley Darby, who tries her best to break into the Potomac’s elite social circle.

The episode begins with Charrise gossiping with her friend about how Gizelle disrespected her in last week’s episode when she brought her hairdresser upstairs in her home without permission.

Later that evening, the ladies attend the same dinner party, and Charrise decides to confront Gizelle about her off-putting behavior. Charrise begins by pointing out that Gizelle should not have allowed her hairdresser to make a rude comment about her hair while visiting her home. She goes on to criticize Gizelle’s hair (rightfully so) and tries to school her in what the proper etiquette is for visiting another woman’s home. The leads to Gizelle leaving the party early, as she claims she is “getting [her] grip” and avoiding all of the drama.

The next day, Katie invites over Rabbi Mark, as she is planning to give her kids Hebrew names and wants to throw a party to celebrate. Katie explains in confessional, “On top of being biracial, I’m Jewish.” Things get a bit tense when Katie attempts to make jokes with the Rabbi. She goes on to admit she is trying to impress him and make sure he doesn’t see her as a “bagel and cream cheese Jew.” Unfortunately, this is somewhat how she comes off, as Mark is quick to realize that she isn’t too familiar with many Jewish terms and events, as well as the Hebrew language. Nonetheless, she is willing to put up the big bucks for the naming ceremony and thus, her lack of Jewish knowledge doesn’t really matter.

Next, we get a glimpse of Karen’s upbringing. Karen invites over Aunt Dot, who apparently taught her all about being prim and proper throughout her life. Karen goes on to joke that she has “thought about lending out Aunt Dot to Gizelle, but [figures it might] be a lost cause.” During their little family get together, Karen and the other relatives offer advice to Karen’s 17-year-old daughter Rayvin. The pressure is definitely on, as Karen explains that Rayvin better be aiming for a doctorate and has to study something “specific so [she] gets paid well.”

Later on, most of the ladies attend Ashley Darby’s event known as “Sip with Socialites.” Needless to say, Gizelle is over the moon when she finds out that both Charrise and Karen aren’t attending the roof-top event.

During the party, Gizelle and Ashley get acquainted with each other. Ashley seems like a genuinely bubbly person. However, Gizelle is too focused on her big “bush” of hair to really appreciate her kindness.

Much to the other women’s delight, Gizelle continues to interrogate Ashley on her life. Gizelle can’t hold in her shock when Ashley reveals that she is 26-years-old and married to a 55-year-old. Unfortunately, Ashley’s upbeat personality doesn’t rub the other women all too well, as they all seem to think the party isn’t quite as classy as they are used to. Evidently, it looks like Ashley has a lot to learn if she wants to be accepted into the Potomac socialite circle – although Katie seems to appreciate Ashley’s youthful spirit and says she is excited to hang out with her more. 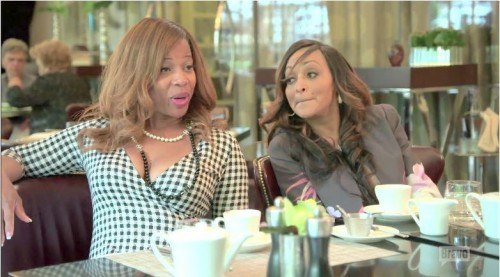 Meanwhile, Ashley tells viewers a bit more about her upbringing, as she explains that she wasn’t raised in a wealthy area like Potomac – which the other ladies seemed to pick up on immediately. However, she is now married to well-known real estate expert (Michael Darby) and was previously crowned Miss D.C. – clearly a lot has changed since her childhood days.

Towards the end, all of the ladies get together to celebrate Katie’s children’s Hebrew name ceremony. While several of the ladies have a hard time understanding Katie’s conversion to Judaism – including Gazelle who states, “I really can’t wrap my head around black people just saying, ‘Oh, I wanna be Jewish today!” – they all still attend the gathering to support her.

Lastly, Karen and Charrise make their way out to lunch with Gizelle, who is hoping to bury the hatchet. Unfortunately, like many of the Housewives cast members, these ladies all have bold personalities and the lunch turns into them bashing one another and criticizing their lack of etiquette. Charrise ends up leaving before even getting her drink served and simply says to Gizelle, “the presence of your face repulses me.” Shortly after, Karen also leaves claiming that Gizelle is “only a shell of a woman.” Essentially, Gizelle’s attempt to smooth things over just made things drastically worse.

You can catch more of Potomac’s drama on the Real Housewives of Potomac next Sunday, January 31 on Bravo.

Next Week on The Real Housewives of Potomac:

Gizelle and Karen try once again to mend things between each other. Katie tries to take things to the next level with her boyfriend. In addition, Ashley throws yet another unconventional event for the ladies of Potomac.