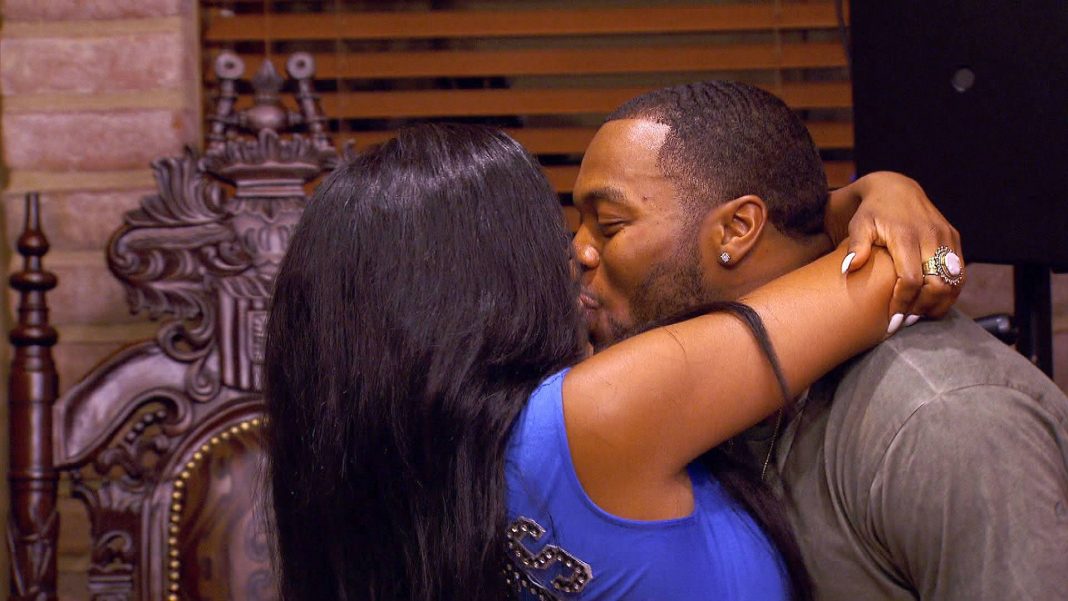 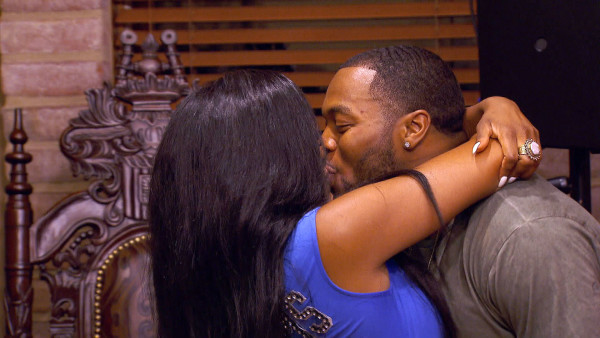 “The Real Housewives of Atlanta” is steadily building up to the big drama, and it was more than clear with this week’s episode. Yes, and we’re still not missing NeNe Leakes thank you very much.

It picks up at Cynthia’s party with Kenya and Sharee still going at it. The former beauty queen says something to the former RHOA regular about her bitch ass not being able to move into her house, which warrant gasps, sighs and “Ohh Ohh” from the rest of the ladies. Kenya calms down and walks away.

Meanwhile, Cynthia finally has a word with Peter and not because he went out of his way to make sure she did and he pretty much tells her that he didn’t appreciate her walking down the stairs showing her ass. She tries to talk to him and his walks away.

Phaedra and Kandi finally have a long overdue conversation about the state of their friendship. The soon to be ex-wife of the imprisoned Apollo Nida paid a visit to Kandi at her office, and they had it out. She said what she didn’t appreciate, including Todd having her husband in the club, and Kandi told her that she didn’t care, I guess feeling like she was just making excuses. In the end, they cry, and both express that they want things to be back normal for the used to be besties. And it seems that they both agree that they are going to work on doing just that.

While they have their conversation, DonJuan, Kandi’s assistant DonJuan comes in but doesn’t disturb them. However, after Phaedra leaves, he tells Kandi what he really thinks about their whole situation. From his view, Phaedra was being fake and making everything about her when Kandi has had some trying times in her life in the past year too, speaking of the passing of her mother in law and her mother having some issues. He feels like Phaedra is being very unfair to his boss because she hasn’t been the best friend either. He does not hold back, and Kandi doesn’t stop him. In fact, it almost looks like she second guesses whether or not she and Phaedra really had a moment.

Kenya, still looking to get a director of her pilot (since it’s hard for her to act, direct and write) enlists the help of Kim Fields, you know Regine from Living Single, Tutty from The Facts of Life, to see if she will come on as a director for the show. But Kim is hesitant, and I don’t blame her. Life Twirls On doesn’t exactly look to be like a hit, and Kim has done some major things behind the camera lately. You don’t want to put your name on just anything. She tells her that she will think about it.

Of course this is the episode where we are officially introduced to Kim and her storyline and to be honest, during her segment, it is like watching a whole different show. Without the ratchedness, drama and shade, I forgot it was RHOA, and that is not a bad thing. Kim is a dedicated mother to her three boys, a loving wife to her husband and a powerhouse boss lady. Everything all the other cast members, except maybe Kandi, aren’t.

The big story last night, though, was the “going away party” that Porsha throws for her boo, Duke Williams. Yes, she invites her momma and grand momma, her entire family, the cast and her business partners. People are supportive, but there is some talk about the fact that she’s moving so quickly with the Buffalo Bills player since he is ten years younger than her and they’ve only been dating for a couple of months at the taping of the show.  We find out too, during the prep for the party, that Porsha’s sister Lauren is pregnant. She almost steals Porsha’s Thunder, who feels a certain kind of way that her sister is having a baby before her, but you know she doesn’t let that happen. It is clear too that Duke and his homeboy feel that the whole thing is a little over the top. At one point, his friend tells him not to leave the party, which is all kinds of interesting. Especially since during the party she asks everyone to open their hearts to their love and tells Duke that he is the real MVP. And yes, she gives him a trophy.

You can see the fear in that boy’s eyes too, and then when his ‘friend’ tells him he can’t leave, you know Porsha’s heading into possible Kordell Stewart territory again. What is it with all these NFL and NBA stars fixation with strippers that are packing more meat than your average women?

It was low key this week but from the previews for next week, it is going to heat up quickly.

For those of you wondering (and not following RHOA in the news), Porsha and Duke Williams are no longer together. It was pretty obvious from that scene alone the Buffalo Bills football player would be running for the hills after that party!