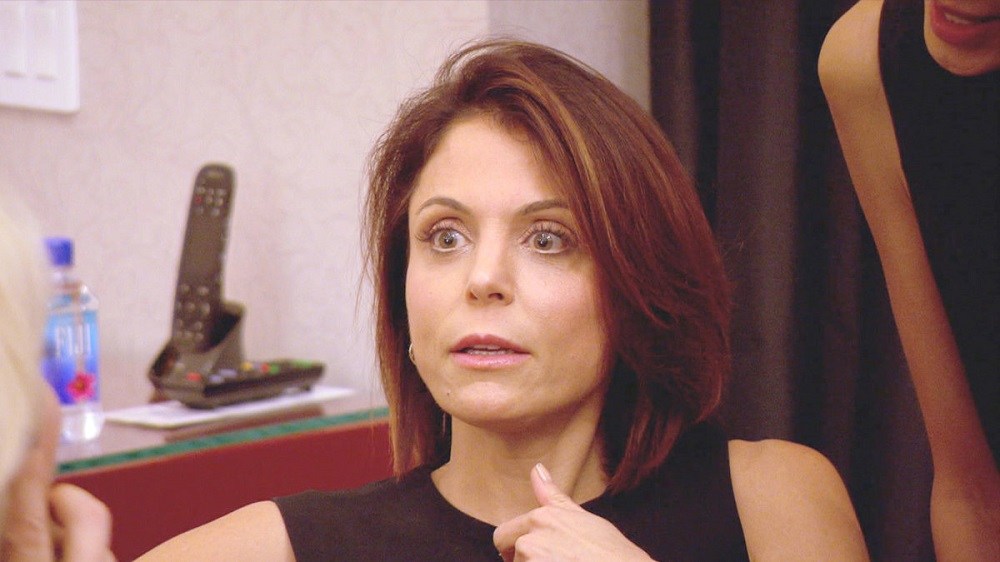 On this week’s episode of The Real Housewives of New York “The Biggest Boob,” Dorinda’s controversial boyfriend John crashes the ladies’ lingerie party. In addition, the ladies gear up for more drama as they head to the Hamptons for Bethenny’s birthday.

The episode kicks off at Dorinda’s lingerie party, where Bethenny is seen giving Ramona a pep talk and quick run through of how to apologize to Dorinda without actually saying sorry for telling her about John’s questionable behavior. Unfortunately for Bethenny, her prep with Ramona was pretty much pointless, as Ramona offers up probably the most insincere (and admittedly hilarious) attempt at an apology ever. In typical Ramona fashion, she ends up leaving the party early with Carole, thinking her apology was a job well done.

Right after Carole and Ramona leave the party, John decides to crash as he somehow heard that the other ladies were trashing him. As soon as he storms in you can tell he is looking for trouble, as he passively asks Bethenny how she is doing. Moments later, John decides to accuse Bethenny of stealing his friend’s company name (he is friends with the former owner of the brand “Skinny Cow”). While Bethenny is busy going off on John, Dorinda is seen looking notably distressed as she begs John to leave the party. However, John adamantly keeps attacking Bethenny. In the end, John finally leaves, and Dorinda confesses to the one-on-one camera that she has no interest in seeing any of the other women, or John, for the next while. In confessional Bethenny calls John’s disruptive visit a “gift from Jesus,” as she felt it was exactly what Dorinda needed to see to fully grasp just how “sleazy” of a guy he is. 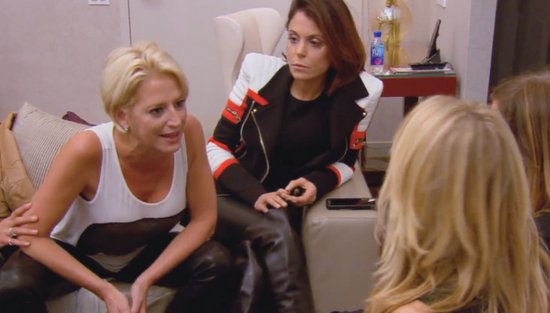 The next day, Lu Ann (i.e. the resident “Countess”) is seen apartment hunting with Sonja. Lu Ann, who is more than ready to fall in love again, is hoping to find a new pad in the downtown New York area.

Over on the other side of town, Bethenny is busy at work, paying both business-related and divorce-related bills. However, she gets a break from her workload, as Ramona comes for a visit to her “Skinny Girl” office. Ramona is evidently remorseful, as she shows a pretty extreme text that Dorinda sent her following the whole lingerie party incident (in which Ramona told an explicit and unflattering story about John in front of all of the partygoers). Bethenny tells Ramona that she shouldn’t feel bad, as she feels that it is in Dorinda’s best interest to be aware of John’s reckless behavior. The two ladies proceed to call Jules and try to get some further information about how Dorinda is doing. Bethenny asks Jules straight up if Dorinda is planning to dump John. However, she is unpleased when Jules right away shuts down that notion, stating that Dorinda is truly in love with him.

As the weekend approaches, Jules is seen in full-blown mommy mode as she drives to the Hamptons with her two young children and husband Michael. Jules reveals that the secret to a smooth-running car ride is sour patch kids. However, even these don’t seem to do the trick, as her son’s earache turns into a full blown tantrum.

Dorinda and John are also seen making the trek out to the Hamptons. It quickly becomes evident that they made plans to stay at Michael and Jules’ house instead of Ramona’s, which was the original plan.

The two couples finally make it to the Hamptons, where they stop off at Michael and Jules’ house before Dorinda heads out to meet Bethenny and Ramona for dinner. Dorinda adamantly tells Jules that anyone who is not nice to John is not her friend anymore. John is seen grinning, as he clearly likes the sound of this – especially since this will probably mean he won’t be seeing Ramona or Bethenny around for much longer (if Dorinda follows through with her pledge).

Dorinda finally makes it to the restaurant to join Ramona and Bethenny. Ramona starts by telling Dorinda that although she is sorry for how she handled the situation, she is not going to apologize for telling the truth about John. Dorinda continues to express disappointment, as she feels Ramona betrayed her. However, with the help of Bethenny, she ends up apologizing for lashing out. She then goes on to advise Bethenny and Ramona to stay out of her relationship, as she has no plans to break things off with John – whether they like it or not. Fortunately, the three ladies are able to mend all of the tension from the other night and put it behind them.

Nonetheless, I am sure most of – if not all of – this relationship rebuilding that the three ladies did at the end of this week’s episode will be all for nothing as John joins back in to the group dynamic next week.

You can catch RHONY when it airs next Wednesday, April 27 on Bravo.

Dorinda tries to get John to apologize to Bethenny. Meanwhile, Carole and Lu Ann try to hash out their underlying issues.