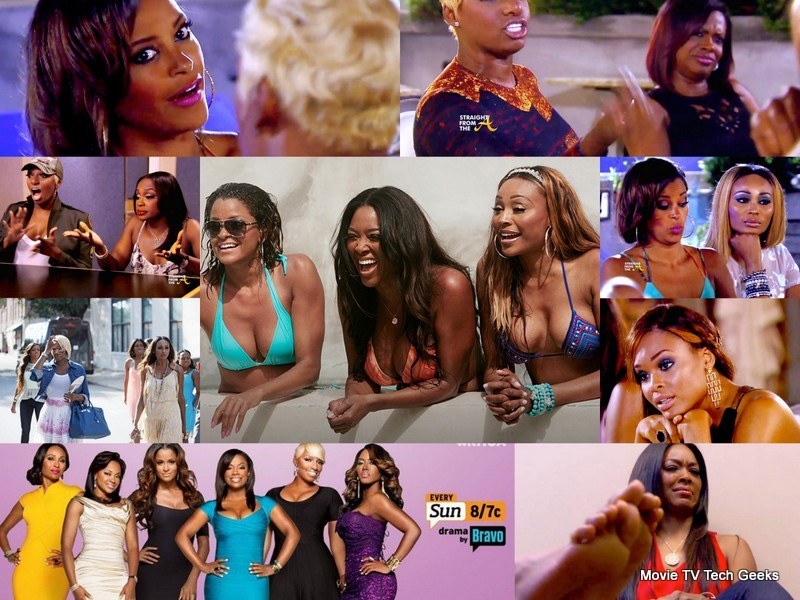 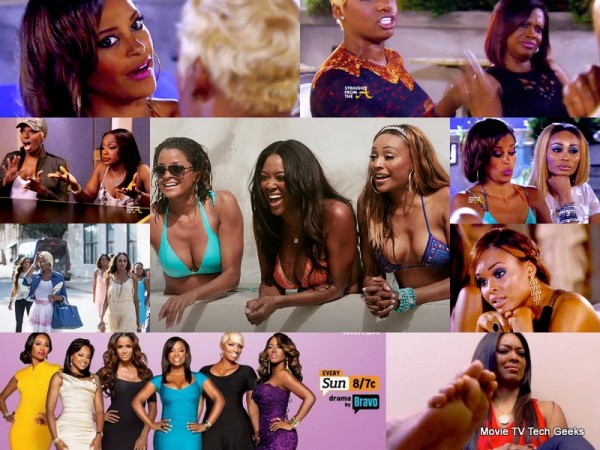 It is hard to watch Real Housewives of Atlanta (RHOA) and truly focus on what’s in front of me for a number of reasons. It’s like on in the background. While seeing the antics that these women put themselves and each other through, all I can think is “You have got to be kidding me.”

Before I get into the meat of what happened last week, let me get on my soap box for a second. These females, well most of them, are the evidence of everything that is wrong with black women in America today. We place too much emphasis on the wrong things, on materialistic things. Who the hell cares that Portia has a married man buying her $80,000 purses? It’s that kind of display of THOTism and basic bitch mentality that will have our young girls growing up thinking that having a big ass and bouncy boobs are what it takes to make a name for themselves. I mean, you don’t need real talent, just sleep, scheme, backbite and fist fight your way to the top. Sigh… but I digress. 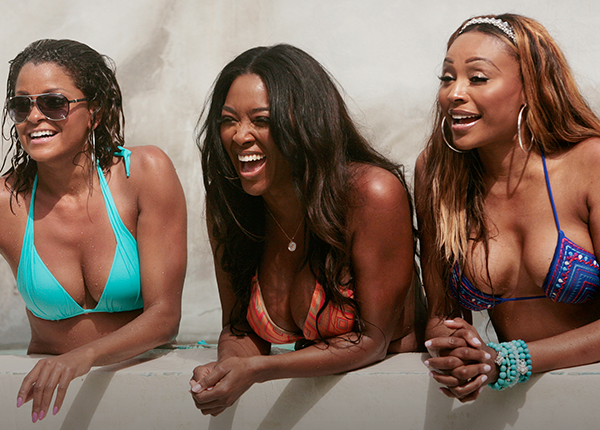 Now let’s talk about last week. The RHOA head to Puerto Rico to support Demetria who is performing a 30 minute set as a way to get herself out there with her singing career. Her boyfriend of eight years is bankrolling the entire trip for all of the women as well Demetria’s singing endeavor as a whole. We see what some of the ladies are doing before they make their way to the beloved island ready to have some fun and it seems, to put the cattiness behind them. Key phrase here… it seems.

The level of pettiness present amongst these women is unbelievable. Someone is always throwing shade at someone else over the stupidest, miniscule shit. You have women watching this show who in turn, start to act like what they see and so on. I mean it’s just… oh wait… there I go again, on my soapbox. I digress. 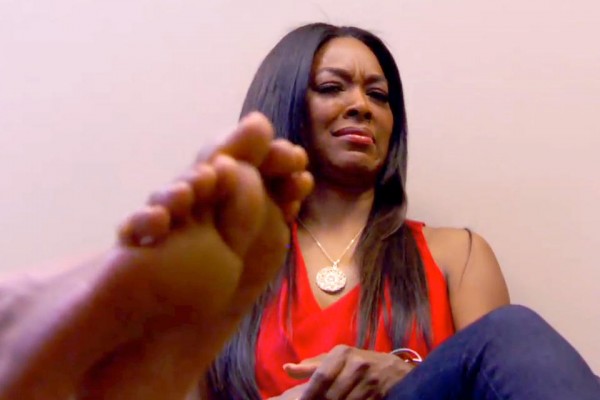 So first there is Claudia. She invites Kenya to go to the foot doctor with her. She plans to get surgery on her feet because she does not like the way that they look. They actually showed her feet on the episode and while I am sure most of us have seen worse (or have worse) I can see why she’d want to get them “fixed.” Claudia was hoping for a procedure before the Puerto Rico trip but decide against it when told that she would have to wear a cast for two weeks. 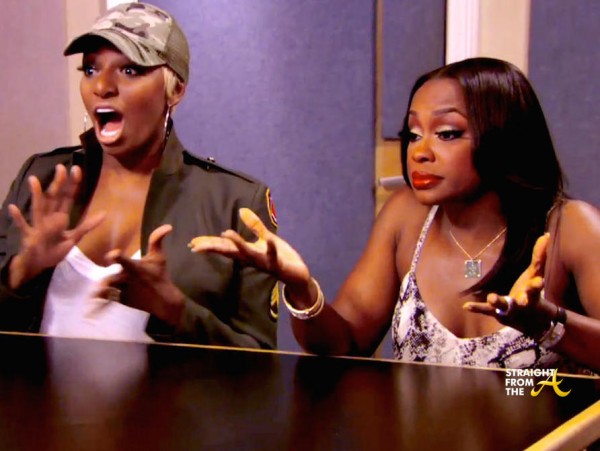 Nene and Phaedra got to see Demetria in the studio before leaving for the trip and Phaedra keeps throwing shade her way. She drilled her about her relationship with Roger, asking her about her singing and asking her all kinds of questions with very condescending undertones. She is just so damn bougie. 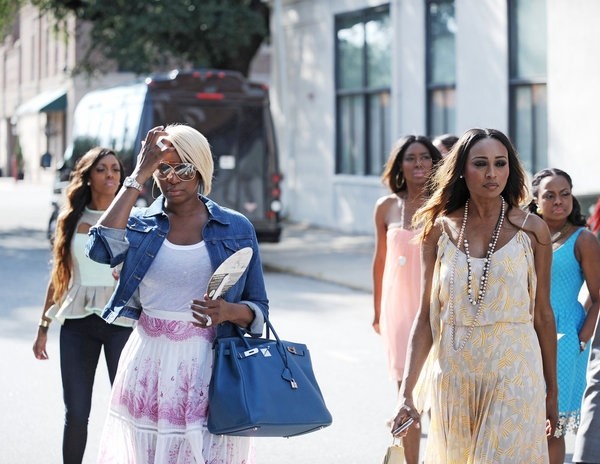 All the women arrive in Puerto Rico in their respective cliques: Kenya, Claudia and Cynthia, Portia, Kandi and Demetria, and Nene and Phaedra. And let me say, these have got to be the most ungrateful, stuck up women on the planet. Of course the last two to arrive complained about how small their rooms were compared to the other girls. Nene even says, “Well let me go climb back into my closet.” Um excuse me. You’re not paying for anything on this trip and yet you still have something to say? I just, I just don’t get it.

Anyway, with all the women finally there, that’s when it really gets heated. 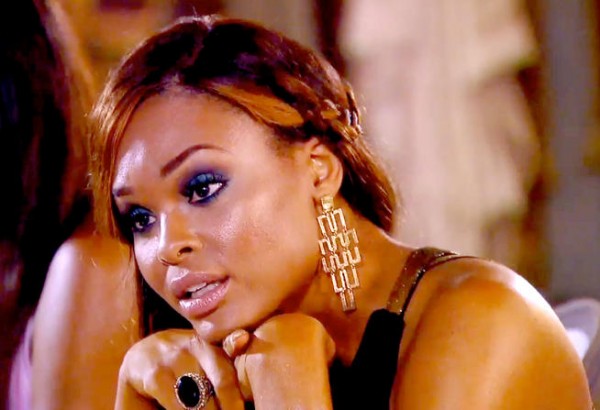 First Demetria addresses the shade that Phaedra threw at her in the studio because the chick kept throwing it at her during the dinner. She kept making sly little comments to everything that Demetria was saying and she had enough. That pretty much kicked off the last 8 minutes of the episode being about who can diss the other person with the harshest comments about everything from their love life to their career. 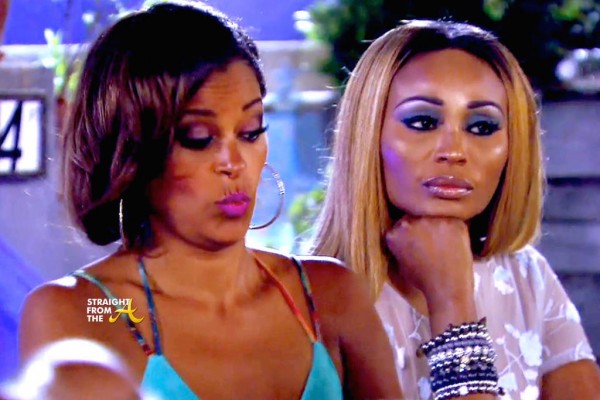 So in the midst of the “oh no you didn’ts” something was said by either Nene or Portia on the other end of the table about Demetria. Claudia, already fed up with that crew, heard it and that was it. She brought up the fact that Demetria was trying to handle it like an adult by putting it out there. Of course team Nene had something to say about that and that’s when it shifted from D & P to N & C. 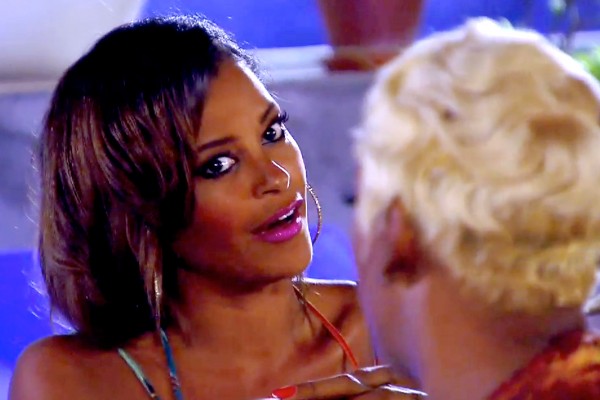 They exchanged blows for blows and Claudia did not back down. In the words of Kandi “She read Nene like Hooked on Phonics.” It was refreshing to see someone get all up in Nene’s ass because she is just too much. She talks too much and she does too much. These women have got to understand that the world does not revolve around them just because they are on a TV Show or they have a clothing line or because they have some other business that would not even exist if it wasn’t for RHOA. 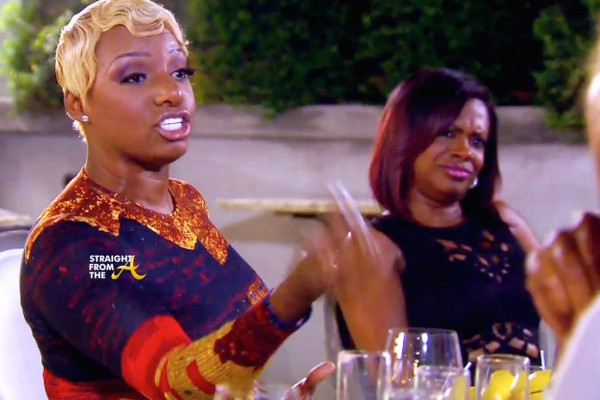 In the midst of all the trash talking though, Nene stunned everyone, even those in here corner, when she said to Claudia “You’re clit has left your body.” Um yea, I know… me too.

The level of disrespect on this show is sickening but as you know, we all come back each week to keep watching it because for whatever reason, we just can’t get enough. So we’ll see what happens this week.