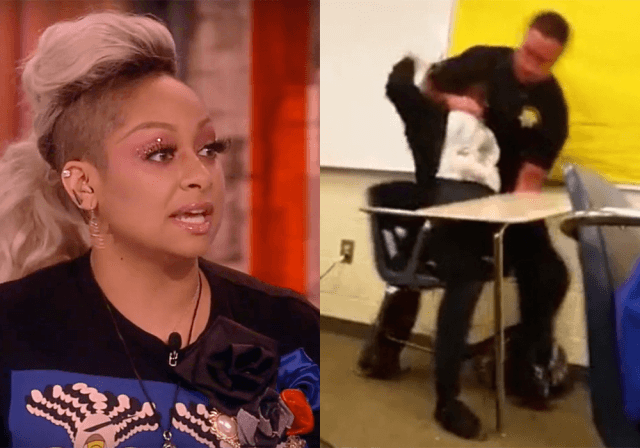 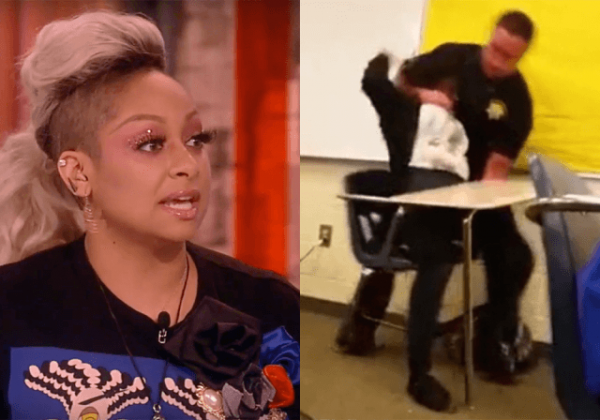 At this point, people are pretty tired of hearing about Raven Symoné. I feel like she says stuff she knows is going to cause controversy because that’s her place on The View. Her latest comments have people upset with her once again which begs this question for me- how many more times does she have before she’s fired?

We have all heard about the resource officer assaulting a teenage girl at Spring Valley High in South Carolina. Well, because she feels her opinions matter, Raven weighed in on the matter during a segment of The View.

“The girl was told multiple times to get off the phone. There’s not right or reason for him to be doing this type of harm that’s ridiculous…”

Just when you thought she might actually see a situation for what it really is, she goes on to say this.

“But at the same time, you gotta follow the rules in school. First of all, why are there cellphones in school… Get off yo’ phone. You are in school, get off yo’ phone. What you doin’ on Instagram?” …This shouldn’t even be a problem to begin with, and he shouldn’t have been acting like that on top of it.”

I am going to keep this real simple; nothing constitutes the treatment that student received. Nothing. No amount of phone usage during class, no amount of talking back I don’t even care if she raised her hand at him first, he should not have handled her like that.

Raven, the two wrongs here are your opinion and the police officer. 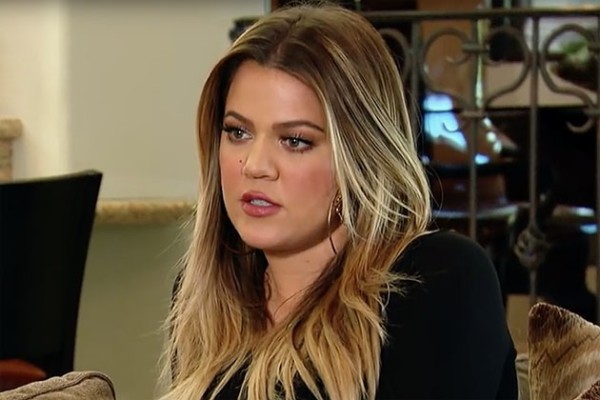 Khloe Kardashian Make it Clear: She and Lamar Are Not Back Together

For those passing judgment on Khloe and Lamar calling off their divorce, she wants you to know that while they are not following through with it any longer, that does not mean they are back together.

In fact according to her, they are absolutely not back together.

“It’s out in the media that we are back together, but I wish people understood that’s not in our thought process right now…There are too many other important things, too many medical things. It’s not even in our brains thinking about us as a couple or having a relationship right now.”

She explains, according to USA Today, that everything happening right now with Lamar’s situation is the reason they are not rushing to finalizing their divorce, as it just doesn’t “make sense.”

“It’s not anything sexual or intimate…I want to be his support system. Tragedy does make you reassess a lot of things, but when it comes to our relationship, it’s the same, except I’m here supporting him fully.”

Her words come as a surprise with all the speculation the media has made about their reunion. But it’s good that she is thinking straight because getting back with him just didn’t seem like the best idea given the circumstances.

UPDATE: Sources are telling us that the Kardashians are back doing their media spin as the Lamar Khloe back together again will be a part of the upcoming “Keeping Up with the Kardashians” season. As many stories have played out in the press long before the series airs, it becomes old news, so Khloe is working hard to keep as much under raps as possible. That is impossible as there are as many leaks in the camp as an 80’s breast implant. 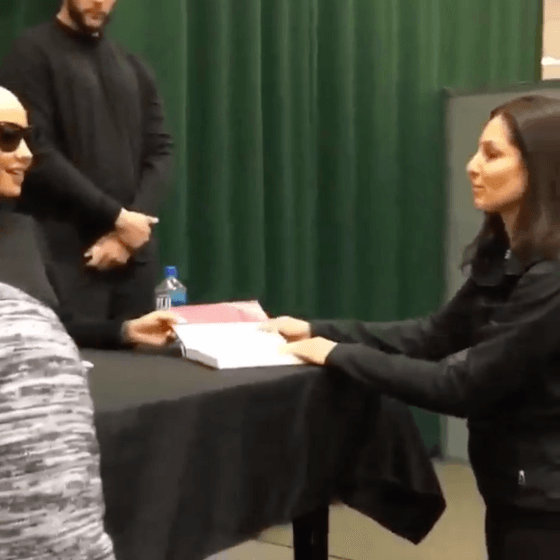 When you are a “bad bitch” you learn a thing or two about dealing with people. And Amber Rose showed just how you respond to people who try to come for you.

During a signing for her new book How to Be a Bad Bitch, PETA activists, who are known for being super aggressive when questioning people about their love for furs, had some words for Amber in a New York City Barnes & Noble in Tribeca.

Of course, they posed as fans of the former stripper turned author before they pulled out signs and chanted things about animal cruelty. One of the protestors grilled her.

“I want to know why you still promote the fur industry?”

#PressPlay: Looks like #PETA wasn't here for #AmberRose during her book signing! Via @Rob__Banks

According to Vibe Magazine, things just got out of control as more protestors showed up and had to be removed by security. They believe that “Amber promotes torture and death.” Amber, stayed cool and collected.

PETA have gotten several celebrities in the past with their petitions and protests. Once they bought a ticket for a dinner with Beyoncé and slammed her with questions the entire night about animal cruelty and wearing furs. Needless to say, her mother, Tina, was not having it.