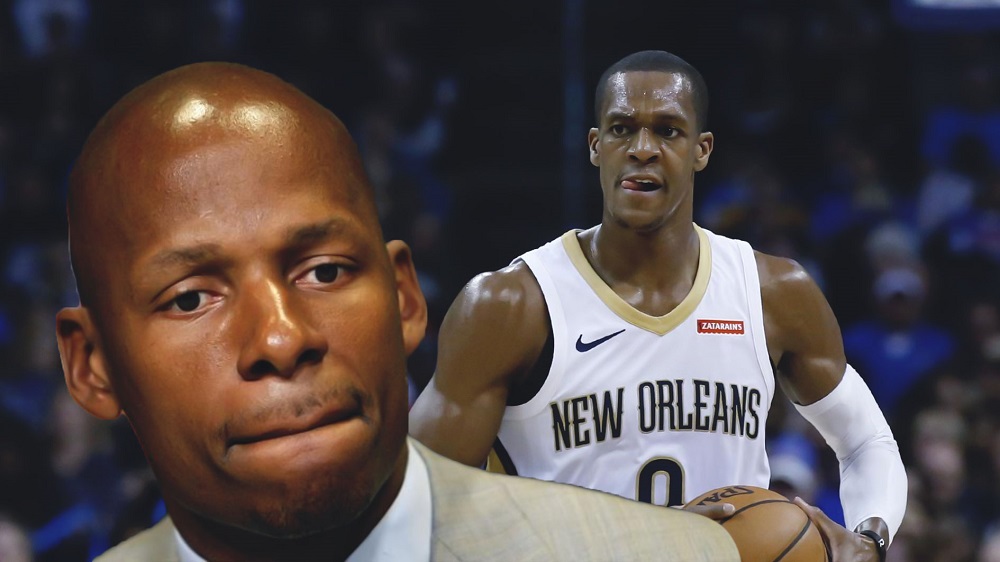 Ray Allen is back on the scene, and he isn’t censoring anything this time around. The retired NBA superstar is set to release his new book, From the Outside: My Journey through Life and the Game I Love, later this month, and it has some very hot takes about the rise and abrupt fall of the Boston Celtics franchise during and after the 2008 NBA Championship run.

The most surprising of them all is Allen’s account of how Houston Rockets superstar Chris Paul almost became a Celtic at the height of their reign—but then didn’t because of New Orleans Pelicans guard Rajon Rondo.

According to Allen, the deal was all but finished for the New Orleans Hornets to send Chris Paul to Boston in exchange for Rondo and some change back in 2011. The deal, however, fell through because head coach Doc Rivers had a good friendship with then-Hornets coach Monty Williams, and he didn’t feel it was right to send them Rondo in exchange for a guard like CP3.

As Allen puts it in the book, “In the end, Doc decided he couldn’t do that to their coach, Monty Williams. Doc was a mentor to Monty, having coached him in Orlando.”

Back in 2011-2012, rumors did swirl that Rondo would end up in NOLA and Paul would be joining Ray Allen, Kevin Garnett, and Paul Pierce in Boston; however, nothing ever came of it. The deal, reportedly, fell through because Paul wouldn’t commit to resigning with the Celtics as a free agent the next summer. Allen’s claims, whether true or not, are quite the bombshell compared to the little bit known about what could have been.

Paul, of course, ending up getting sent to the Los Angeles Clippers in exchange for Eric Gordon (who is now his teammate in Houston) and others. Rondo stayed with the Celtics until he was traded to the Dallas Mavericks in a blockbuster trade during the 2014-2015 season.

No more was ever really spoken of the possible Paul trade that fell through; however, Allen bringing it up seven years later isn’t making anyone involved happy. 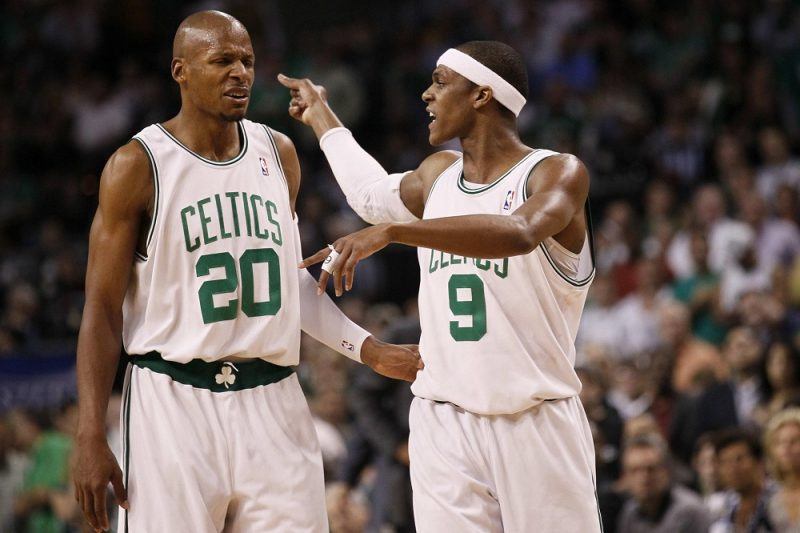 “He just wants attention,” Rondo told The Boston Globe. “I need actually some sales from it, only [publicity] it’s been getting is from my name. I need some percentage or something. His people contact my people or something. The only pub I’ve been hearing about is when he mentions my name. Obviously that man is hurting. I don’t know if it’s financially, I don’t know if it’s mentally. He wants to stay relevant. I am who I am. I don’t try to be something I’m not. I can’t say the same for him. He’s looking for attention. I’m a better human being than that. I take accountability for my actions.”

In the years since the Celtics traded him to Dallas, Rondo has bounced around through the Mavs, Sacramento Kings, Chicago Bulls, and now the New Orleans Pelicans where he seems to have finally found his stride again.

Allen retired in 2014, but not before sending the Celtics franchise swarming like an angry wasp nest by leaving in 2012 as a free agent to sign with LeBron James and the Miami Heat. Rondo, Garnett, and Pierce all stayed put in Boston, but the team was never the same without the Big 3 (or Big 4) together.

The Pelicans player doesn’t have any hard feelings or animosity towards Allen, though. In fact, he was one of the only guys on the team that seems to support Allen in his decision to go to Miami. To everyone else, it was a complete stab in the back.

Rondo was supportive, and while the two of them haven’t always had the smoothest relationship, they were teammates and friends for years, and they won an NBA championship together. This book, however, reveals a little bit more about just how heated things got between the two at some points, including a story from Allen’s point of view in which he claims Rondo told the Big 3 that he (Rondo) carried them to that 2008 NBA Championship in his second NBA season.

Nonetheless, Rondo harbors no resentment (at least on the surface) for Allen. He’d like to talk to him one on one and get everything out in the open.

“I just want to talk to him man-to-man. I don’t have a problem with the man. I’ll be the fall guy, but damn, now you in the book talking about this and that. And for me as a teammate, I probably supported [Allen] more than anybody on the team, all that [he] had going on in Boston. I wasn’t mad that he went to Miami.”

Now, whether or not that one-on-one conversation ends in a hug or a fight is the million-dollar question.