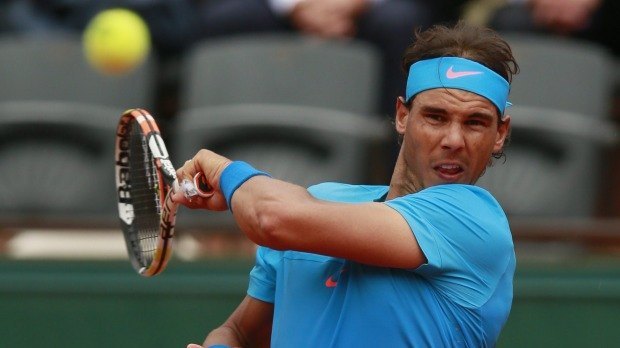 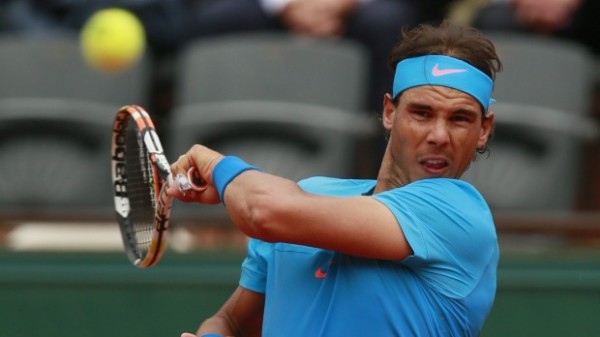 Rafael Nadal continues his smooth rundown of opponents at the 2015 French Open after defeating Andrey Kuznetsov 6-1, 6-3, 6-2 on Saturday. Nadal is vying for an unprecendented tenth title in Paris, while powerhouse number one ranked tennis player Novak Djokovic, is vying for his first win at Roland Garros.

Rafa will be facing the last American standing at the open Jack Sock in the Round of 16, which will be their very first meeting on any court. This should make for an interesting match indeed. 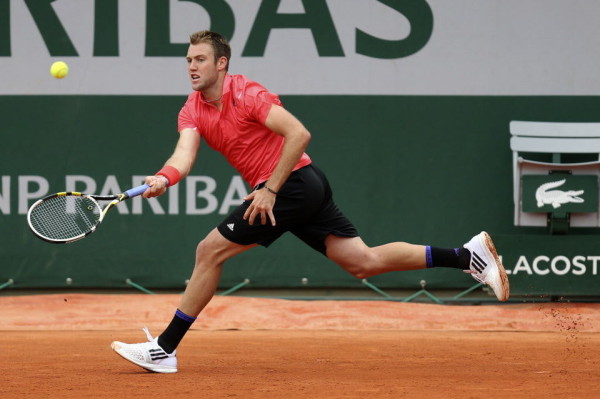 If Nadal’s confidence was ebbing in the prelude to Roland Garros, when he failed to win a title on the European clay-court swing for the first time in a decade, then the restorative powers of a first week in which he has resembled his old self more closely with each passing round should not be underestimated.

The Spaniard was indomitable in the early stages, reeling off nine of the first 10 games. He broke Kuznetsov in the Russian’s first five service games, taking a two-set lead in just 90 minutes. He secured the decisive break in the third game of the third set The sixth seed fired 33 winners, converting on eight of 14 break points in total.

“It will be not fair if I say that I am not happy about what happened this first week, being fourth round without losing a set,” said Nadal. “I think playing solid, consistent. That’s what I need to. Then I arrive the second week and you know that you have to go that extra step to have chances. So I hope to have a good practice tomorrow and be ready to play a great match on Monday, because I will need it.” 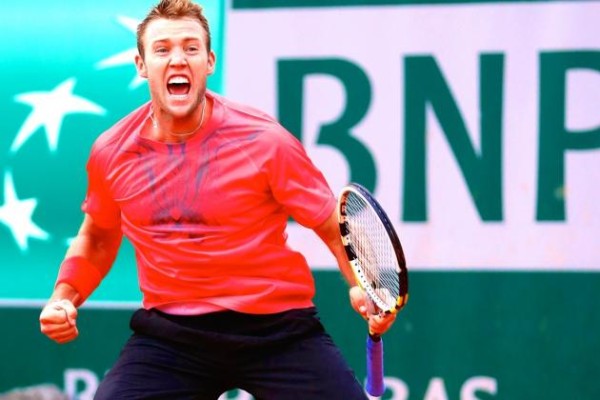 Greater tests lie ahead, of course – most immediately a last-16 meeting with Jack Sock, the rising American who accounted for Grigor Dimitrov in the opening round – but Patrick McEnroe’s pre-tournament prediction that an early defeat might persuade Nadal to quit the sport entirely is starting to look a trifle overstated. The Spaniard’s chances of extending his collection of French Opentitles into double figures, a feat that would make him the only man in history to win the same major 10 times, look an awful lot better than they did on the eve of the tournament.

Certainly Nadal was too good for Kuznetsov, a former junior Wimbledon champion who is coached by his father, Alexander, and has yet to progress beyond the third round of a major. The rangy Russian hit some fine shots, not least when he briefly thwarted Nadal’s efforts to close out the second set, but if the defending champion felt constrained in the more cramped environs of Court Suzanne Lenglen it did not show.

“I enjoyed my first match on Suzanne Lenglen,” said Nadal. “I think I’ve been playing a little bit better. Playing here in Paris is always amazing for me. Things are going better, and being in the fourth round is a great feeling.”

The win keeps Nadal on course for a projected quarter-final clash against the top seed and world No1 Novak Djokovic, who earlier won 6-4, 6-4, 6-4 against the talented Australian teenager Thanasi Kokkinakis. Djokovic, twice a beaten finalist at Roland Garros, won in an hour and 49 minutes to stretch his recent unbeaten streak to 25 matches.

“He has a lot of talent and strength,” said Djokovic of an opponent regarded, alongside compatriot Nick Kyrgios – who was earlier beaten in straight sets by Andy Murray – as the next great hope of Australian tennis. “He has plenty of time to do great things. I hope he does as he has a lot of qualities.”

The Nebraska native, who became the first American to defeat a Top 10 seed at Roland Garros in 15 years with a first round upset of Grigor Dimitrov, reached his first Grand Slam fourth round. Sock has discovered his top form on clay in 2015, having also won his maiden ATP World Tour crown last month in Houston. His previous best result in the French capital was a third round finish (l. to Lajovic) last year.

“It was a good day for me,” Sock said. “I was fortunate enough to play great tennis. And once again, things I was looking to do I was able to do that very well today. In general, I think he plays pretty far behind the baseline and kind of lets the opponent maneuver the ball a little bit. He’s a great defender, makes a lot of balls, and is very quick. I usually feel pretty good when I’m hitting a lot of forehands, especially from the left side of the court, and able to move the ball around and dictate play. I was able to do that today fortunately.”

Coric, meanwhile, was bidding to become the youngest man to reach the Round of 16 at a Grand Slam since Marat Safin here in 1998. “He just played way too good today,” he said about Sock. “He was serving too big. His forehands were very heavy and I was struggling to cope with that. I couldn’t stay close to the line. He was just playing too good. It was maybe the combination that I didn’t play great. That’s for sure. But I think that the first thing was that he played too good.”