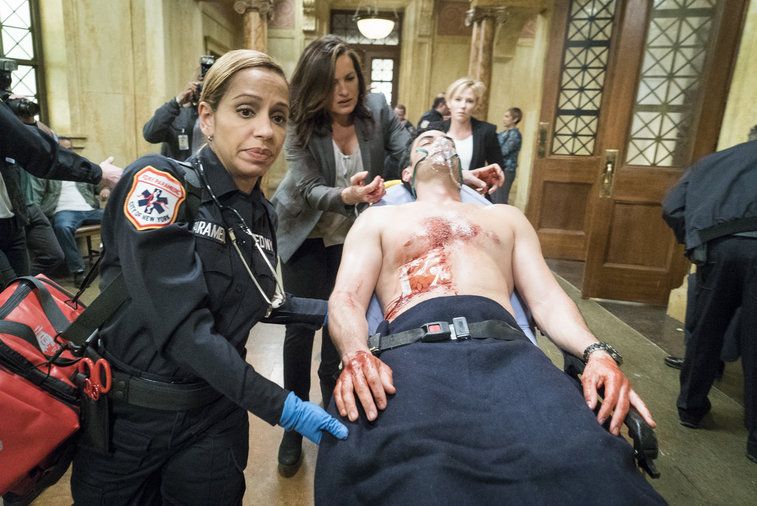 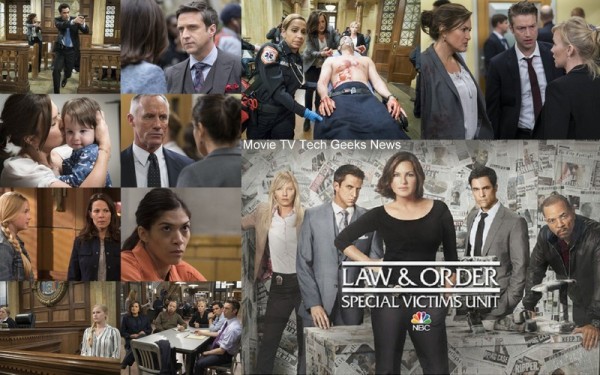 On this week’s episode of Law & Order: SVU Olivia had a social worker in her apartment checking on the welfare of Noah. The social worker told her she had passed their tests and that she would now be able to adopt Noah. 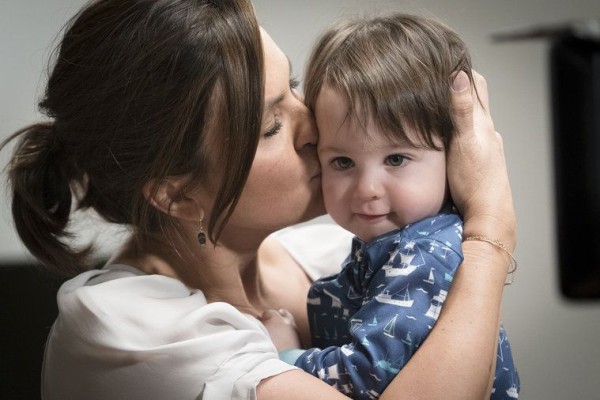 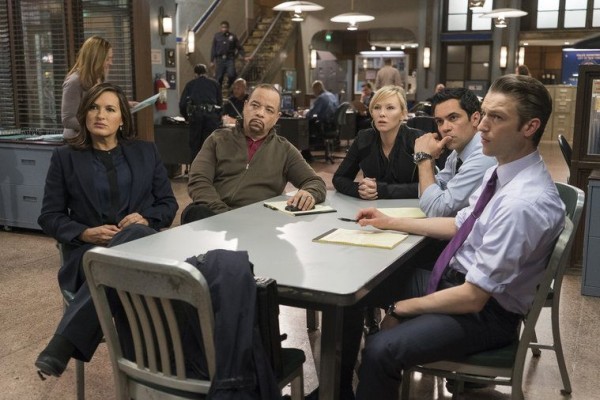 The detectives talked about Johnny D not getting sent back to his home country of Canada after having committed crimes. Nick then told Olivia he had registered for a test to become a Sergeant.

At Johnny D’s trial the D.A. said that Olivia didn’t know that she had arrested Noah’s father when she first took Noah in as a foster child. The judge in the case said she had to speak with Olivia before rendering any decision. 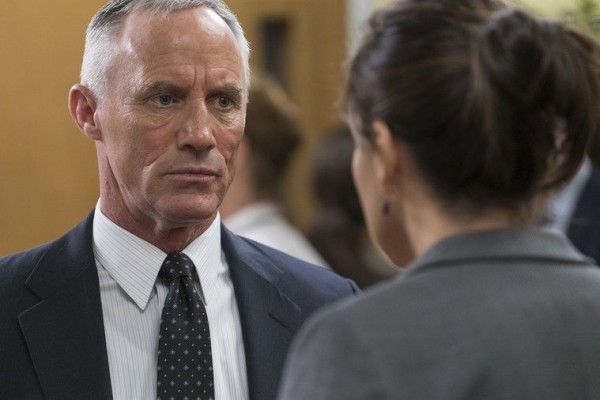 In the ADA’s office the lawyer was told that Johnny D wanted to retain his parental rights to Noah. The ADA said he thought he could sell the court on a trafficking charge against Johnny D. He also said that Johnny D might be able to get court appointed visits with Noah authorized. 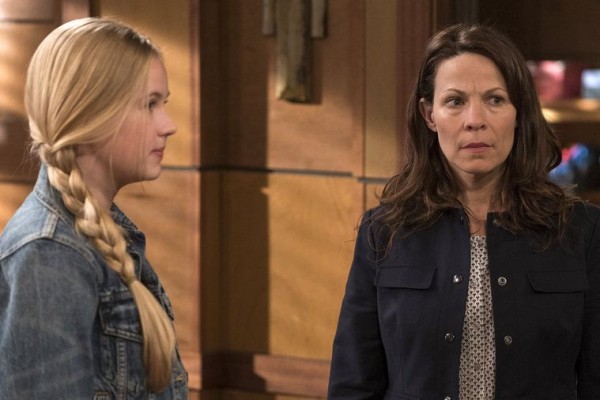 Olivia arrived at the station and told the detectives that Johnny D was about to go on trial. She then asked to speak to Nick privately. Olivia said Tucker told her that Nick taking the sergeant exam was pointless because of his past job performance.

Two women in the Johnny D case were called into the station because they were set to testify at the trial, concerning what Johnny D did. The ADA took everyone testifying into the court room. 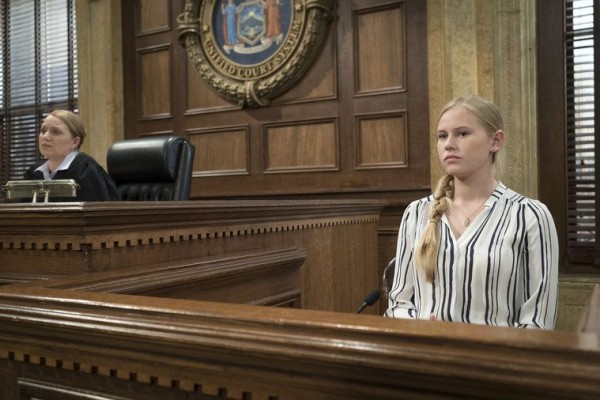 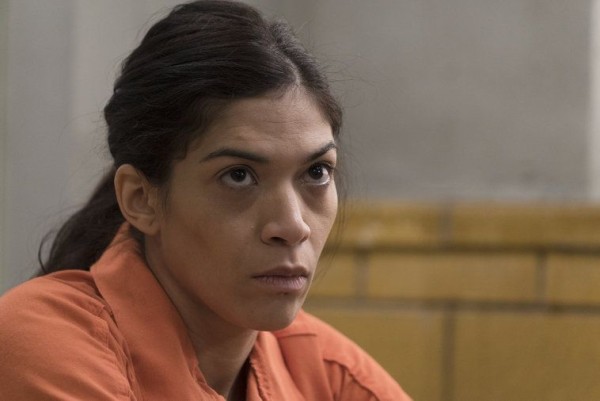 The prosecutor asked Olivia about when Noah’s biological father was disclosed to the police. Olivia said she wanted to make sure Johnny D was brought to justice. Afterwards Johnny D asked Olivia how Noah was doing and said he wanted to meet Noah, but Olivia told him that would never happen.

In court the woman was prepared to testify by Sonny and Rollins. The ADA then came in and asked her the same questions he would be asking her in front of the judge. During the actual trial the woman testified that when she met Johnny D he offered her money in exchange for sex. She said that Johnny D did not beat and rape her and that she had only said that he had earlier to avoid any harm coming to her. Johnny D requested a court appeal that would prevent Olivia from being able to legally adopt Noah. 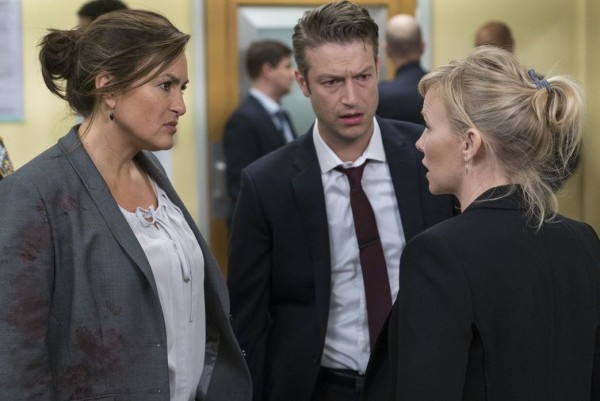 The ADA said he was calling in favors for Olivia to try and prevent Johnny D from being able to block her from adopting Noah. Olivia then went to talk to more of Johnny D’s victims and asked them to tell their stories in court so the jury would know what Johnny D put them through. Olivia said they would be able to help send him to prison for life. One of the girls said he treated all of his victims like they were worthless. She said they were free now and that Johnny D didn’t control or own them. She also said they didn’t have to be afraid of him anymore.

Johnny D’s victims did testify in court that he had beaten and raped them. They talked about how he shot one of his victims to death. One of the girls said Johnny D forced her to take cocaine and that he told her she would never see her mother again. 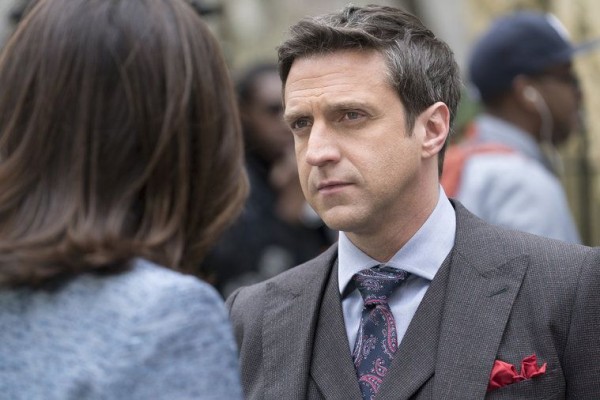 Back at the station Nick and Olivia talked about how the day in court had gone. 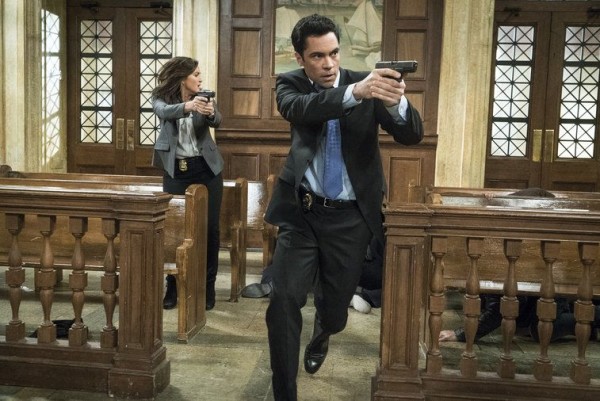 The next day in court the prosecutor questioned one of Johnny D’s victims. She told the prosecutor Johnny D held her prisoner. She was asked if Olivia pressured her to testify against Johnny D. Then the woman who killed the male prisoner stood up and told the judge to shut up. A courtroom brawl then broke out and Johnny D shot one of the girls that testified against him. Nick then got shot in the brawl. The judge in the case took a gunshot to the shoulder. When the dust settled Johnny D was dead. Nick had to undergo surgery to remove the bullet from his liver. 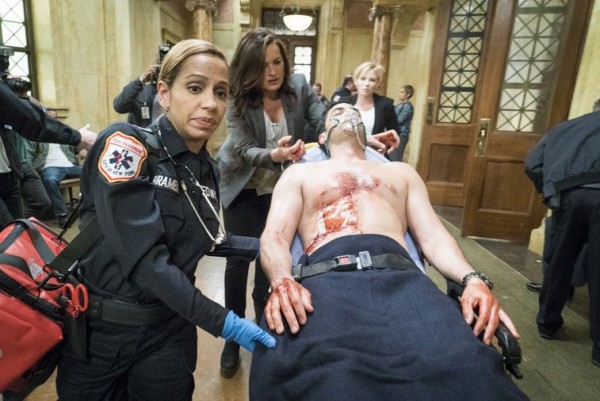 In family court a judge awarded Olivia legal custody of Noah and signed off on his adoption. Fin, Sonny and the ADA went to Olivia’s apartment to help her celebrate. Nick and Rollins then showed up at Olivia’s apartment and Nick told Olivia he was putting in his papers to quit working for SVU so he could move to California and start his life over. Olivia compared her working relationship with Nick to her partnership with Detective Stabler. She told Nick he helped her grow and he said he appreciated that. They then toasted to family.