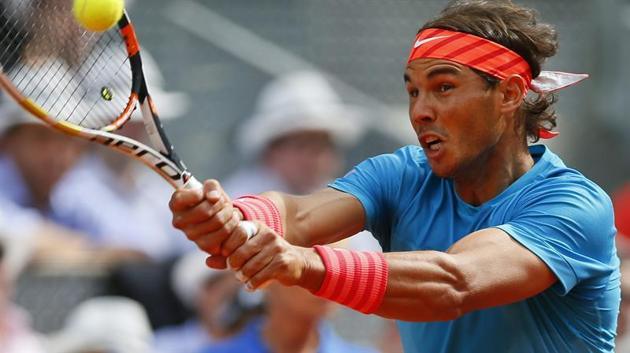 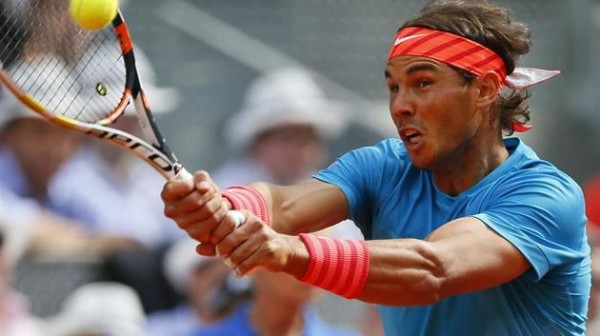 Cristiano Ronaldo took some time off to watch Rafael Nadal take on Simone Bolelli at the 2015 Madrid Open and take him out in two sets 6-2, 6-2 moving the Spaniard into the quarter finals. There he’ll be facing Grigor Dimitrov in what will most certainly be a blockbuster contest on Friday after the Bulgarian tennis star took out Stan Wawrinka earlier.

Chasing a third straight title at the clay Masters event in the Spanish capital, and a fifth overall, third seed Nadal needed little more than an hour to see off an outclassed Bolelli, saving both break points he faced on his serve. 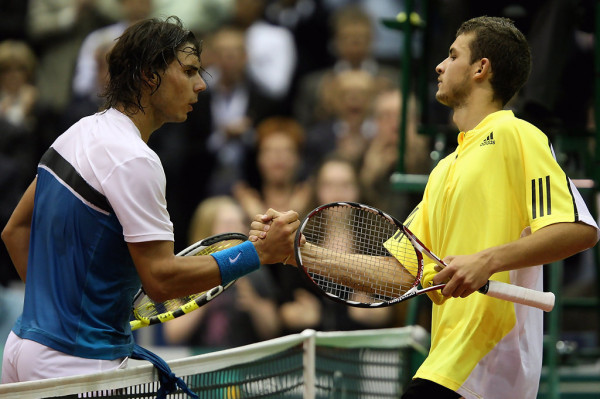 The Majorcan has a good chance of claiming another Madrid crown as world number one Novak Djokovic pulled out to rest and Roger Federer, who took over from the Serb as the top seed, fell to Australian Nick Kyrgios in the second round on Wednesday.

After struggles with injury and illness, Nadal is attempting to rediscover his best form on his favoured surface before he makes a bid for a record-extending 10th French Open singles title in Paris starting at the end of the month.

He won a 46th career clay title in Buenos Aires in February and is just three shy of the record of 49 held by Guillermo Vilas, but fell short at subsequent clay tournaments in Monte Carlo and Barcelona, two events he has won multiple times. 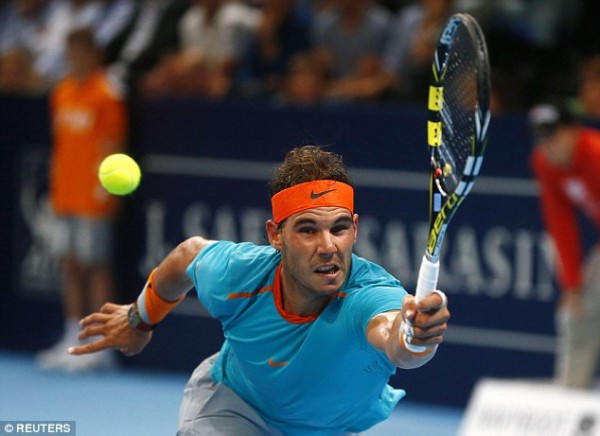 Dimitrov earlier edged eighth-seeded Swiss Stanislas Wawrinka, who Nadal beat in the 2013 Madrid final, 7-6(5) 3-6 6-3 and the Spaniard said he was expecting a tough contest against a man he has beaten in all five of their previous meetings, including twice on clay.

“Yeah, everything worries me about Dimitrov,” Nadal told a news conference.

“He moves very well and has good footwork. He is a very complicated player. All round. Only way to beat him is to play at really high level.

Czech Tomas Berdych, the sixth seed, also claimed a berth in the last eight when he cruised past 12th-seeded Frenchman Jo-Wilfried Tsonga 7-5 6-2.

Berdych, who lost to Federer in the 2012 final, will play 16th seed John Isner on Friday for a place in the last four.

On the other side of the draw, second seed Andy Murray takes on unseeded Spaniard Marcel Granollers later on Thursday and is on course to meet fifth seed Milos Raonic of Canada in the quarter-finals.