Home All News Is Rafael Nadal On A Decline He Can’t Control? 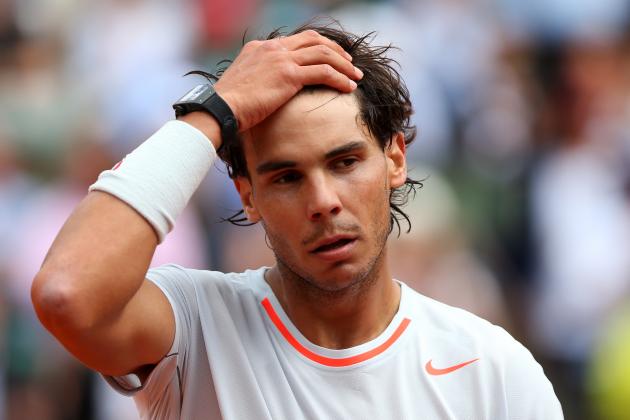 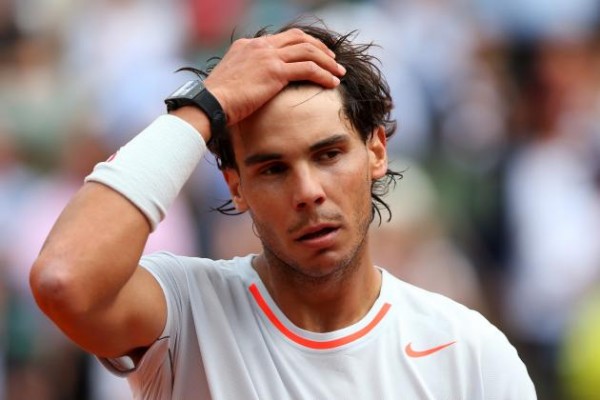 Rafael Nadal, considered by many to be on the decline, will not be making another appearance in the Australian Open final this season. The Spaniard fell in the quarterfinals of the first Grand Slam of 2015 to Tomas Berdych earlier this week. As a result Nadal will lose 840 ranking points on Monday, having failed to at least duplicate his runner-up finish from a year ago.

Is the loss of ranking points a sign of things to come? Will the Spaniard finally fall out of the Top Five in 2015? Or will Nadal once again regain his former glory, having come back from injuries multiple times already in his brilliant career?

The only answer to those questions is “time will tell” however I definitely think that Nadal could be in trouble in the near future.

For instance, heading into February 2nd’s ranking update, Nadal’s ranking points total will drop to 5745. That might still be good enough for third in the world but should Andy Murray claim the 2015 Australian Open title he would supplant Nadal as the World No. 3 with the post-Australian Open rankings. 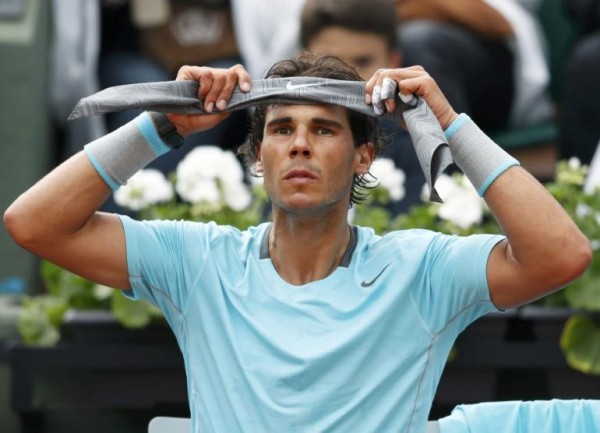 Nadal also has a ton of ranking points to defend in the next four to five months as he earned the following totals in 2014:

Those five tournaments account for 4700 of Nadal’s current ranking points total. But if the Spaniard keeps losing to players like Michael Berrer, Borna Coric, Feliciano Lopez, and Martin Klizan – five players who have defeated Nadal since Wimbledon 2014 – then Nadal will have a very tough time even defending 500 of those 4700 points in the months ahead.

On the optimistic side even casual tennis fans know that Nadal is the King of Clay. Importantly, of the tournaments above only the Miami event is a non-clay court tournament. That the likes of Berrer and Coric have recently defeated Nadal on the hard court surface does not mean that he will lose to players outside of the Top 100 on clay.

However the questionable losses that Nadal has suffered since Wimbledon do show that Nadal is not at the very top of his game: his hard court results have at least some implications for his clay court results. While the former World No. 1 will probably not experience clay court trouble against tennis journeyman, players that struggle to make it on tour, Nadal could face problems against the better players.

Stan Wawrinka, Kei Nishikori, Tomas Berdych, David Ferrer, and maybe even Nicolas Almagro could pester Nadal ahead of clay court tournament finals. Furthermore, Andy Murray and Roger Federer, players that Nadal has typically bested on clay, might be more like ‘coin tosses’ during the 2015 clay court season: Nadal vs. Federer or Murray on clay could go either way. Lastly, Novak Djokovic, currently considered second favourite to win the 2015 French Open (source: bet365), remains the player most likely to collect some titles if Nadal is less than 95%.

But the King of Clay is nothing if not determined and those that feel as though he is washing up shouldn’t ignore that he is still just 28-years old. With players like Federer, Tommy Haas, Lopez, and others making a difference on tour well past their 30th birthdays we might assume that Nadal probably has a good four to five years of strong tennis ahead of him. Do not underestimate the Spaniard: he promises to remain on the short list of favourites for all Grand Slams in the years to come, provided that he is healthy. His ability to put a major dent in any draw is undeniable and he seems probable to add to his current total of Grand Slam titles. 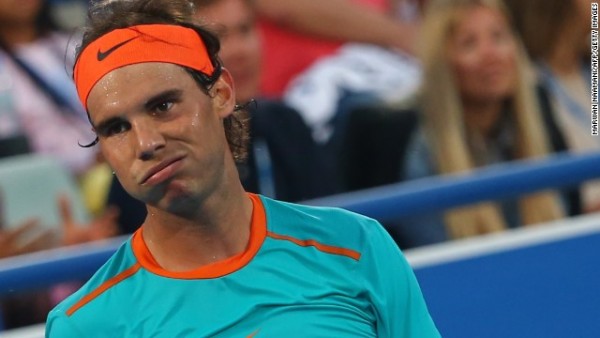 However in the next half year tennis fans might see Nadal slip down to a ranking between 6th and 8th. That circumstance would make his draws a little bit tougher and it could give him a hill to climb all over again. Claiming a couple more Grand Slam titles may certainly be in the cards for the Spaniard but with the potential of wrist problems resurfacing, back problems resurfacing, or leg problems resurfacing Nadal probably won’t throw together a full calendar year of stellar results again. In short, his days at No. 1 might be behind him permanently even if his ability to win any individual tournament remains credible.