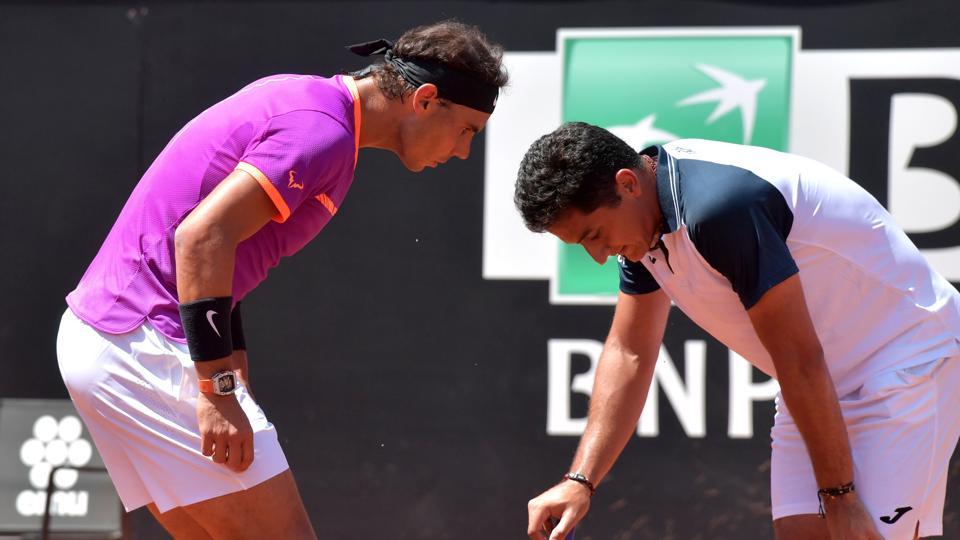 Rafi is surely back on display as Rafael Nadal has taken his 16 consecutive win at the ATP Italian Open without barely breaking a sweat.

Back to being the best player on tour over the last month, Nadal advanced from his opening match at the Italian Open on Wednesday when Nicolas Almagro retired in the first set with an apparent injury.

Kerber joined Andy Murray, the top-ranked men’s player, on the sidelines after Murray’s loss to Fabio Fognini on Tuesday.

“The stadium will be very loud for him. I’m very sure about that,” Zverev said of Fognini. “It’s going to be a fun day, a fun atmosphere and great match.” 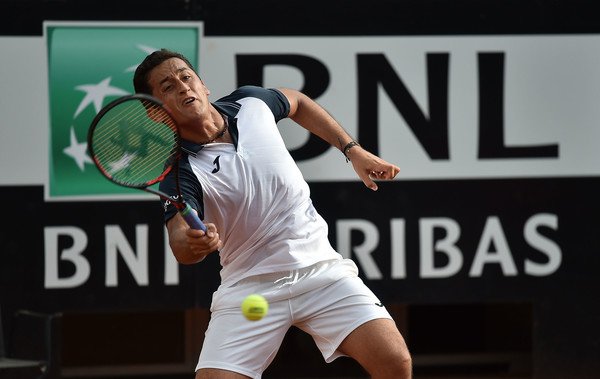 Nadal was leading 3-0, 15-30 when Almagro bent over toward the red clay court and grasped his left knee.

Nadal went over to Almagro’s side of the net to ask what was wrong and consoled his countryman. Almagro then got some medical attention at his chair but quickly retired from the second-round match.

“It’s difficult to see what’s going on now just after what happened,” Nadal said. “He felt something on the knee.”

The fourth-ranked Nadal remained on court for a practice session.

Nadal has won consecutive clay-court tournaments in Monte Carlo, Barcelona and Madrid. He’s aiming for an eighth title at the Foro Italico as he prepares for the French Open, which starts in less than two weeks. 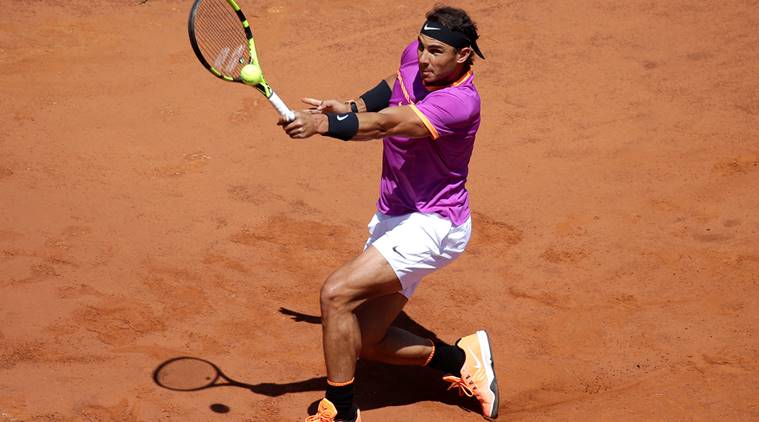 The 73rd-ranked Almagro had come through qualifying.

Nishikori showed no lingering pain from the right wrist injury that prompted him to withdraw from the quarterfinals in Madrid last week.

Kerber returned to No. 1 this week despite getting eliminated early in her past two tournaments. She hasn’t won a title this year but was able to move up in the rankings with Serena Williams pregnant and taking the rest of the year off.